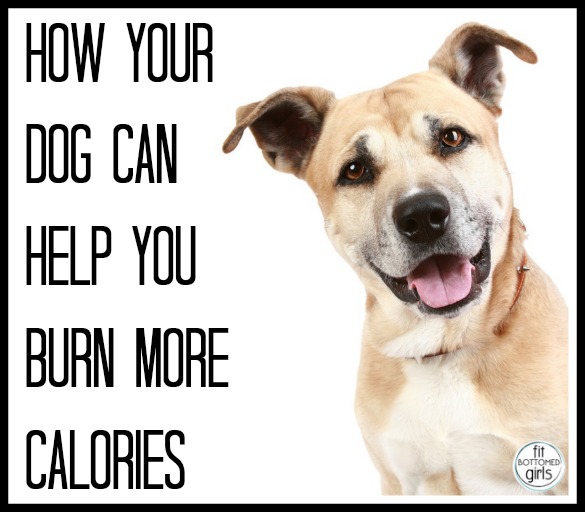 At FBG central, we’re all about fitting activity into our daily lives. But sometimes a real workout just doesn’t fit in the day-job-plus-blogging schedule. On those days, I try to add some activity in, whether it’s 10 minutes of weight training, stretching while watching television, parking farther away at the grocery store, or adding a block to my dog walk. Back in the glory days when Jenn and I worked in the same office, we’d force each other to take the four flights of stairs to our floor; when one of us was too tired, the other wouldn’t take no for an answer.

These days, it’s my best furry friend who makes sure I don’t slack off. My dog has helped me burn lots of calories in her three years of life. She refuses to learn to use our toilet, so even at my most exhausted moments at 6:30 a.m., I’m forced to take her outside to her preferred patch of grass. She also has a keen instinct for when 5 p.m. hits, even though there is no cuckoo clock that signals the end of the work day. She then pulls me about a quarter of a mile to the dog park.

Too fast for the camera

Sometimes, when the pug can’t hold out until 5 o’clock, she starts begging at about 4 o’clock to go to the park. I try to reason with her, telling her that no other dogs will be there to play with. She doesn’t listen. So off we go to the lonely park, where she sniffs around and eats mud.

I used to think that it was a waste of time if it was just the two of us at the park because there were no dogs for her to chase around. However, I’ve come to make use of this alone time. I’ve started doing laps around the park to get some exercise. I only do this when no one is there, because then there is no one to think I’m insane. It works great for both me and the dog, though. I get several laps in before anyone shows up—bonus exercise for me—and the pug gets more exercise than she would if I was just standing in one place. When I get to the far side of the park, her companion-dog nature kicks in and she wonders why I’m so far away. Then she comes tearing as fast as she can to my side of the park, only to repeat the cycle a minute later when I’m on the other side again. A win-win situation. I just have to be super careful where I step. —Erin