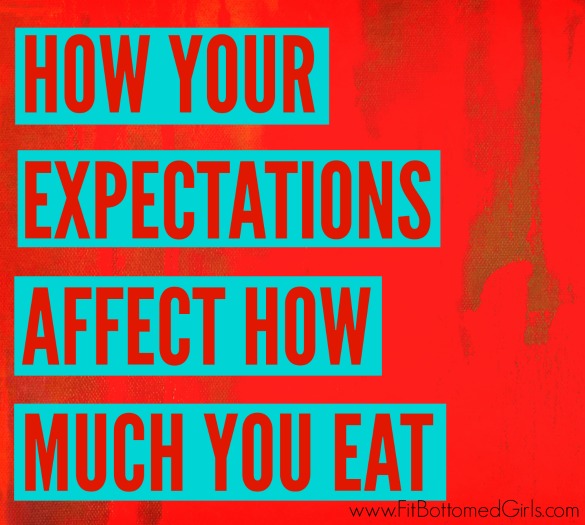 We all laugh when we see those commercials where people in a fine-dining establishment discover that they’re eating fast-food fare. We all think that there’s no way we would be fooled by a $5 meal being served on fine china. But after reading Brian Wansink’s book, Mindless Eating: Why We Eat More Than We Think, I discovered that most people are tricked by these types of cues. The book is a fascinating look into why we eat what we do and why we eat as much as we do. Subtle cues in our environment play a role in our choices and consumption, from plate size to package size. The author takes what his studies have found and gives ways to apply the knowledge to your eating. A few highlights:

The more convenient a food, the more likely you are to eat it. A study of secretaries that placed a dish of chocolate in three places—on the desk, in a drawer or across a room—showed that in a day, the typical secretary ate nine Hershey’s Kisses when they were on the desk, six when they were in a drawer and only four when she had to walk across the room for them. The secretaries reported that having the distance between them and the candy gave them enough time to pause and ask themselves if they wanted it.

Fascinating Find #2
I fall into the same traps that many people do when it comes to eating, such as finishing a meal even when I’m way past the point of full. When French women were polled about how they decided to stop eating a meal, they reported that they stopped eating when they were no longer hungry. Chicago women typically stopped when they ran out of a beverage, their plate was empty or a TV show was over.
Take home message: Rely on internal cues, not external cues, to decide when to stop eating.

Fascinating Find #3
Package size plays a role in how much we eat. When people were given a half-pound bag of M&M’s, they ate an average of 71 candies. When given a one-pound bag, they ate almost twice as many in the same amount of time, at 137 M&M’s. According to the book, the size of the package gives you cues as to what is the norm to consume.
Take home message: Don’t let package size fool you. Repackage a jumbo box of treats into smaller baggies or containers and serve them in smaller dishes. (Interestingly, as I was writing this and much to my shock/dismay, my hubby finished off a 2-liter of Coke that he just bought the night before. He said when he drinks out of cans it makes him stop. But this 2-liter had no end point…until it was all gone.)

This book had hundreds of interesting facts and studies and will open your eyes about how your expectations can affect how much you put in your mouth. In one anecdote, sailors thought lemon Jell-O was cherry Jell-O just because it was red. Food with descriptive names—succulent Italian seafood filet—sell better and are rated higher than non descriptive names. This book is guaranteed to make you more aware of your eating world and give you tips and tricks to make smarter choices. It might even help you trick children into liking their veggies. Power Peas, anyone? —Erin