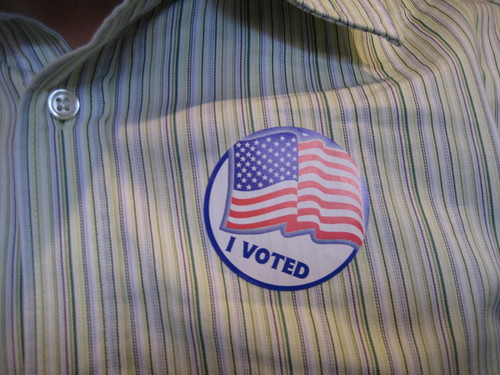 So, in case you haven’t heard, today is Election Day. In celebration of our great right to vote, today’s FitBits has a slightly different vibe to it than normal. Politics aside, here’s a rundown of what we could find on the candidates when it comes to working out. Even though, earlier this week most of you said that the candidate’s fitness didn’t matter when you closed the curtain in your voting booth, we think it’s interesting, so enjoy! The candidates are listed below in alphabetical order, so no bias here.Biden’s Bidding
I couldn’t find much on Joe Biden’s workout regimen, but there was a lot of back-and-forth about his health in regards to a 1988 aneurysm. His doctor says that he’s in good health. Not to mention that his wife is a huge runner and health advocate. Jill Biden is president of the Biden Breast Health Initiative, which provides crucial information about breast health and good lifestyle choices to female students in the 10th, 11th, and 12th grades.No average Joe.McCain’s Moves
Although some have questioned McCain’s fitness over the course of the campaign and his Vietnam War injuries prevent him from weight lifting, his doctor says he’s a hiker. And we know hiking is good exercise!The maverick hikes.Balanced Barack
Obama has been seen working out at gyms countless times during his campaign, and it’s no wonder. According to Men’s Fitness, he works out for 45 minutes, six days a week, although he really wishes that he had time for a 90-minute workout. Dang, dude! Despite the rigorous exercise schedule, he still hasn’t fully kicked smoking, but he’s working on it.

Barack is as hard as a rock.

A running mate for sure.

Bonus Links
In case you need some more reading material on Election Day, check out these links. There’s some pretty interesting stuff here!