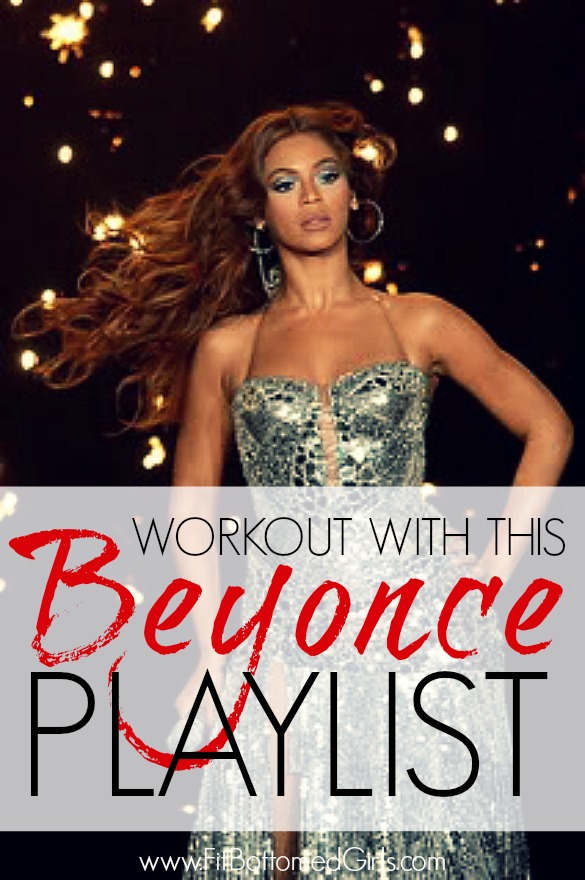 Beyoncé has been the definition of fierce even before her new album introducing her alter ego, Sasha Fierce, was released. Whether it was back in the Destiny’s Child era or her more recent days with my faves like Irreplaceable or Ring the Alarm, Beyoncé has had me belting out tunes in the car for years. Her 2008 release I Am… Sasha Fierce is split into a two-disc set. The first disc contains mostly beautiful ballads, while the second side will get you moving. I’m not including each song here because the ballads aren’t your traditional “workout friendly” songs, but both discs have songs well worth putting into your rotation. Now, the standouts…

The Track List, Deluxe Version
Disc One: I Am…

If I Were a Boy—Even though I’m not having boy problems, I absolutely adore this song. It’s a slow ballad, but it does pick up the pace at times. And at just more than four minutes, it’s still a great length for a beautiful warm-up.

Halo—This song very much reminds me of Rihanna’s Umbrella, in more of a ballad version. I’m totally okay with that because I also l-o-v-e Umbrella (ella, ella). This one picks up the pace just a notch and is one of my favorites on this side of the disc.

Broken-Hearted Girl—This one is just catchier and more meaningful than some of the other ballads, and it grew on me the more I heard it. Witha beautiful piano and a good beat, this is one is great for a run.

Disc Two: Sasha Fierce
Single Ladies (Put a Ring On It)—And like the Joker said, “And here we…go.” This one has such a good beat that if it doesn’t get you moving, you must be severely depressed or dead. It’s such a great girl-power song—and I even have a ring on it. And I must mention again: the dancing. Dear goodness!

Radio—The lyrics on this one aren’t my favorite, but I still love the beat and it just sounds fun all around. I love the repeating vocals, especially the “ohs” as well as when she says “tru-uh-uh-unk.” Fit Bottomed Girls love that.

Diva—This one reminds me of Britney with the electronic voices, and it’s a little slower but definitely funkalicious. Plus, it’s fun to say that a diva is the female version of a hustla.

Hello—This one sounds like it could belong on the “I Am…” side of the album, but it’s a little quicker paced and has a little more attitude. If you had any doubt that there was still room for “You had me at hello” references in pop culture, check this song out.

Scared of Lonely—This song does a great job of putting vulnerability into an upbeat track. It would be great for a moderate-paced workout.

Even if you don’t want to purchase the whole she-bang, you can’t go wrong with these choices. This album shows that Beyoncé can do it all, from the slow beauties to the upbeat shake-your-booty songs. —Erin