Disclaimer: No, this isn’t a paid advertisement by Chipotle. (But if they want to pay me to promote them or write the stories on their cups, I’m all ears.) I really do just love Chipotle so very much. 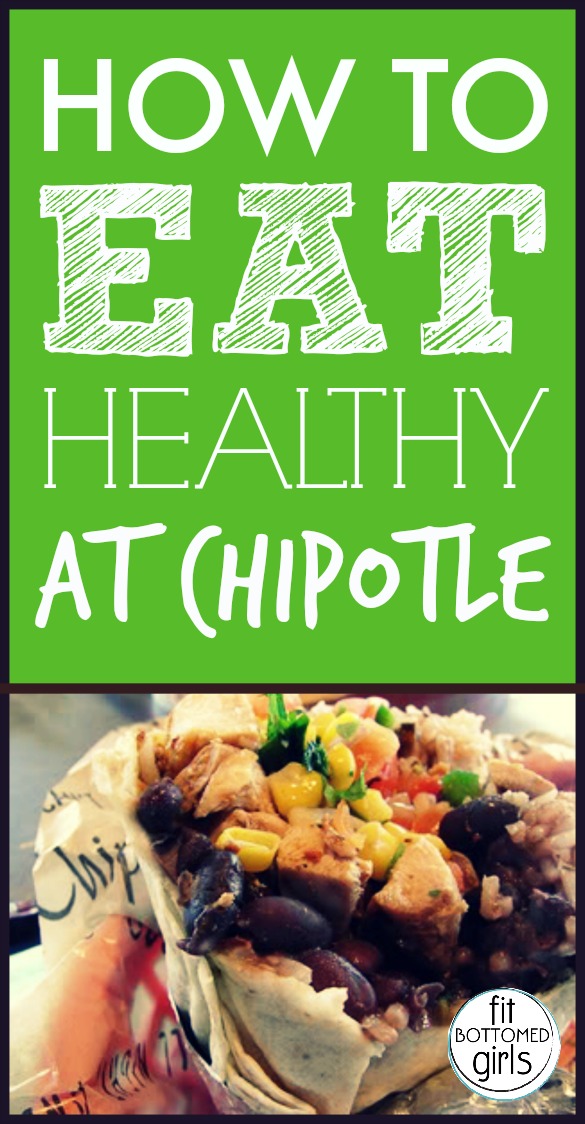 When I first tried Chipotle in college, I didn’t know what to order, so I got tacos. I was not impressed. But when I discovered the beloved burrito, I was sold. Hook, line and sinker. I was in L-O-V-E. I probably hit the restaurant with my roomies about once a week. It became and remains my go-to place to get a quick bite. Lucky for me, my hubby can also eat Chipotle at frequent intervals.

Unfortunately, I’m no longer able to eat Big Burritos like it’s my job. But, the gods smile upon me, for the chain is the king of customization, and with a little Chipotle know-how, you can easily bypass crazy calorie counts for a delightful and flavorful meal.

Even at its worst, Chipotle isn’t nearly as terrible as your typical “fast food.” Sure, you might clock in more than1,000 calories for a burrito with all the fixins (including the guacamole), but at least you’re getting veggies, lean meats, beans and healthy fats into your system. With a Big Mac and medium fries, you’re taking in 920 calories, accompanied by 13 grams of saturated fat, hella sodium and not to mention, no veggies. (Fries don’t count.) Plus, Chipotle will leave you feeling oh-so full, but not grody like some fast food does.

The Game Plan
The easiest thing you can do to downgrade the calorie count on your Chipotle meal is to nix the tortilla. Once you eat a burrito bowl, I promise you won’t even miss that big round wrapper—and you’ll save 290 calories. Just saying “no” to sour cream can also save you 120 calories. I double up on the low-cal salsas to add serious flavor, and also ask for them to go light on the rice and heavy on the veggies. And I just can’t give up the cheese, but clocking in at 100 calories, I figure it could be worse. When all is said and done, my typical meal logs about 520 or so calories—not too shabby for a filling meal. (Sodium does come in higher than I’d like, but all fast food has a price, right?) Plus, the company cares about using only naturally raised, organic and hormone-free ingredients.

I can also vouch for the fact that the salads are tasty, although you can easily make up for the lack of rice (130 calories) if you overdo it on the salad dressing (260 for 2 ounces). Play it safe and just use extra salsa and opt out of the dressing altogether.Play around with the nutrition calculator on Chipotle Fan and discover new ways to mix and match the options to fit your diet. And tell us: What’s your favorite way to Chipotle? —Erin

Add a comment Cancel reply
18 Comments
Just for You
Drop the diet for good
A variety of anti-diet coaching programs just for you.
Get free access
STAY IN THE KNOW
When new stuff happens, you'll be the first to know!
About Us
Jenn and Kristen are passionate about letting women know they're more than a number on the scale.
Get the deets
Instagram
X