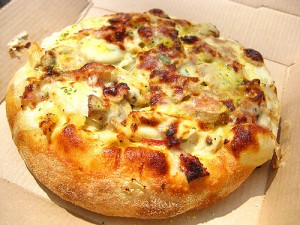 If you’re watching your diet, this will be enough to scare you into cooking at home ALL THE TIME. We’ve all seen the bigger-is-better trend in the race to create the next innovative food item. We went from stuffed-crust pizza to the ultimate carb overload: pasta in an actual bread bowl (left). Restaurants seem to be making bad foods worse just by throwing them into a deep fryer or by adding a side of meat to a meat entrée.

Now, the Center for Science in the Public Interest has announced the Xtreme Eating Awards for 2009, crowning nutritional disasters such as Applebee’s Quesadilla Burger—that’s right, a bacon cheeseburger stuffed into a quesadilla, topping 1,800 calories—and the Cheesecake Factory’s 2,500-calorie Chicken and Biscuits as two of the big losers.

Makes me want a salad. 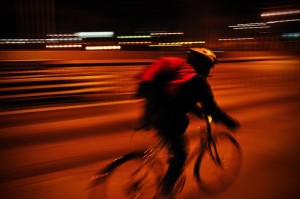 Biking can be a dangerous sport. I’ve personally witnessed an injured biker awaiting an ambulance in the middle of the road, and I actually have a friend who hit a biker with her car (it’s only funny now because he was fortunately unscathed). As environmentally minded citizens take to the streets on their bikes in greater numbers, bikers must do what it takes to protect themselves from speed bumps and speeding vehicles alike. Approximately 540,000 bicyclists across the country visit emergency rooms each year, according to the Bicycle Helmet Safety Institute, and roughly 67,000 of them have head injuries. And it’s not just the kiddos that need to protect their noggins. Adults crash, too.

Helmet head is in.


A Push in a Healthy Direction 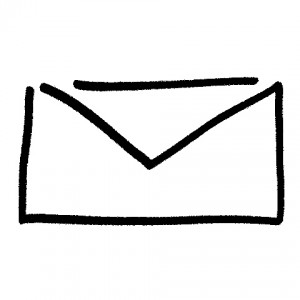 We all know that oatmeal is a healthier and more filling breakfast option than a doughnut. And we also know that a walk after dinner is healthier for you than just vegging out in front of the telly. So do we just need reminders of these facts to help us stick with healthier behavior? A new study in the American Journal of Preventive Medicine showed that simple email reminders to eat more healthfully or increase activity had a significant impact on the recipients’ behavior. Participants who received the emails with small goals each week ate more fruits and veggies and increased their exercise. If you’d like to reap these benefits, partner with a friend who has similar healthy goals and send encouraging reminders to each other to stick with it and improve your well-being.