Lance asks for your help, new hydration rules change the game entirely, and the surprising results of an ice-cream taste test.

It’s About You
Although Lance Armstrong may be best known for winning the Tour de France time and time again (and attempting to do so again at age 37), he’s about to take on another opponent that’s bigger than any bicycle race: cancer. And he needs your help. In a campaign with Nike, Lance is asking other supporters (you can join the likes of Patrick Dempsey and Evan Handler) to submit your inspirational stories and messages online. Some of these messages will then be written in yellow chalk on the roads of the Tour de France, following the cycling tradition of writing inspirational messages along the course. You can also receive an email with the GPS coordinates of where your message will be chalked. How stinkin’ cool is that?! 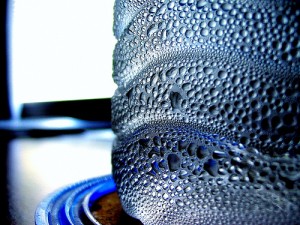 So you know how for a long time you’ve been told to drink and drink and drink water? That if you’re thirsty, you’re already dehydrated? Well, prepare to have your water world rocked. If you’re active outdoors a lot or training for a special event, these new rules completely change what we FBGs were doing before. Now, researchers say to drink according to your thirst (not before it) and that protein enhances hydration. Goes against everything you’ve learned, right?

Ice Cream, Ice Cream, Baby
In college, I once worked at an ice cream shoppe where I made ice cream cakes and ice cream. As part of the job, I “had to” taste all of the products daily. No, seriously. I did. Thankfully I was 19 then and burning calories like the little engine that could. The ice cream was always delicious, but I always dreamed of creating a lower-fat version that had the same taste and flavor as the full-fat kind. Well the good folks over at Consumer Reports heard my plea and recently taste-tested a bunch of light ice creams (another hard job) and found that, on the whole, the light ice creams on the market are pretty tasty. They do note, though, that many of the lower-fat versions still have regular calories, so get your ice cream on wisely. Those sneaky manufacturers…we’re on to you.

Move over fro-yo; a new low-fat dessert is in town.