Loud tunes can get ya buff, whom you eat with matters, and foodie judges work hard to stay fit. 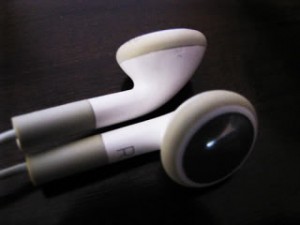 And play it loudly. New research suggests that pumping your tunes up may help you to work out harder, longer—and if you’re lifting—stronger. In fact, the women studied who had their favorite music blaring could do more leg presses than when soft music was playing or when there was no music playing at all. This is one of a number of studies that show that music can help improve the quality of workouts. And we all know how much the FBGs love their cheesy workout tunes. Just be sure to not listen too loudly as too loud for too long can be bad on the hearing. And what good are compliments on your nice gams when you can’t hear them?

Go ahead. Crank it up a bit.

Women really may be from Venus and men really may be from Mars when it comes to not just romantic relationships but also to our food relationships. According to new research in the journal Appetite, women tend to eat fewer calories when they’re dining with men than with women. The weirdness doesn’t stop there, though. In mixed-gender groups, women still eat less, especially if there are more males than females. Researchers believe the behavior all goes back to impressing your mate and fulfilling societal stereotypes that women eat like birds. (Apparently this researcher hasn’t seen me hit the salad bar with my husband. I can pile that plate sky-high, putting my husband to shame.) And the dudes? They eat the same no matter who’s around. Why am I not surprised…

Watch with whom you eat.

I’m a huge Top Chef fan. At one point in my life, I even threw around the idea of attending culinary school. That was until I realized that my lack of coordination would probably dismember me in knife-skills class, let alone allow me to thrive in an entire career that is equipped with sharp objects, machinery and fire. So, instead, I cook at home (my husband does the chopping) and watch a lot of reality cooking shows. It’s fun. And it’s safe. But, I’ve always wondered how some chefs and foodie personalities stay slim when they’re around such delicious food that their jobs require them to taste. Turns out, The New York Times had the same question! So they asked Top Chef host Padma Lakshmi about it. Basically, she has to WORK OUT hard core when she can. And keep the nibbles to a minimum. But, she says she’s easy on herself, especially when she gains the normal 10 pounds a season. Hey, it’s tough work eating that delicious food and getting paid! Foodie judge…now THAT’S a career I could safely do.

Have an opinion or experience with any of the above? Share, my darlings! —Jenn