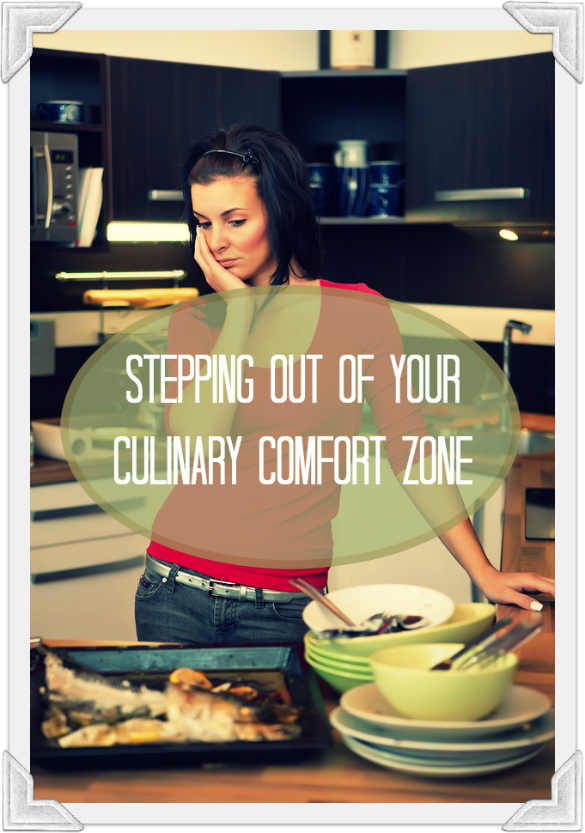 I swear I’m not a boring person, really. I just happen to get stuck in ruts, not only with my workouts but also with my meals. I get lazy. I get busy to the point where even making a creative meal plan, grocery list and then actually getting to the grocery store seems like a monumental task. Plus, my husband tends to be a bit of a picky eater, so I stick with what he loves and tend not to branch out as much as I should. Bad Erin.

I know many of you gourmet cooks out there will laugh at me when you read about my recent culinary experimentation, but I also know that there are just as many of you who are just like me. So here I am, sharing my wild and crazy culinary weekend. Fasten your seatbelts!

Pineapple Party
Ok, so “pineapple” doesn’t sound like the craziest experiment ever. I mean, I’ve eaten it before. But never before have I bought a whole pineapple that I had to go at with a knife to get to its delicious fruit. It just seemed like so much work. I mean, could pineapple look any less friendly? But inspired by the book EnLIGHTened, I had to give it a go.

I picked out my pineapple at random, having no idea what to look for in a good pineapple (apparently the “leaves” at the top should pop out easily when ripe). Man, pineapples are heavy. And I felt like I was buying a plant to decorate my house—so many leaves. I swear mine was 2 feet tall.

When I got home, I threw it to the side until I was adequately prepared to tackle the monster. And when I did, of course, I found that it’s surprisingly easy to cut. You chop off the top (the plant) and the bottom. Then you stand it on end and cut down each side, getting rid of the “armor.” After picking out any of the little brown “eyes” that remain, you can either lay it on its side to cut slices (which can be cored individually), or you can just cut lengthwise in quarters around the core. From there you just chop into bite-sized chunks. And I must say, the self-chopped pineapple was so much tastier than the little containers you buy at the store—probably because I had to work for it.

Quinoa Crazy
My second culinary experiment was a little more crazy: quinoa (pronounced keen-wah). Quinoa is basically a tiny edible seed that most people throw into the grain category. What’s great about quinoa is that unlike many grains, it’s high in protein, fiber and iron. Despite the fact that my box of quinoa sat in my cupboard for about a month before I used it, it’s actually really easy to make.

Not branching out too far for my first rendezvous, I used the recipe suggestion on the back of the box. After a rinse in cold water, you cook quinoa like rice, simmering it in broth or water for 10 to 15 minutes (you could also use a rice cooker). I then sautéed some chicken, bell peppers, onions, and garlic before throwing in the cooked quinoa. After topping it with a sprinkle of Parmesancheese, dinner was served.

Now, it looked about as bland as anything I’ve ever made, but it wasn’t. Just like tofu, the quinoa took on the flavor of everything else in the dish, so I had a garlicky good meal. The little quinoa nuggets have a great texture, too, which I think falls somewhere between pasta and rice.

Now that I’ve taken on quinoa and see that it’s not so scary, I’m ready to experiment and throw it into any stir-fry that comes my way. A pineapple pro; a quinoa connoisseur. Whatever could be next on my agenda? I’m taking suggestions! —Erin