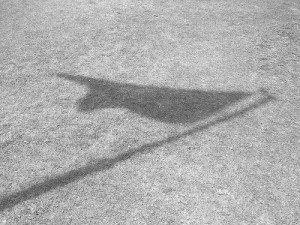 So after many discussions and some serious waffling, Erin and I are waving the white flag of surrender: We are not able to chose a Twitter T-shirt contest winner. Why? Because there were so many damn good entries. So, instead of us making a really difficult decision ourselves, we’re letting you guys choose what phrase/saying/motto should go on the next T-shirt in the FBG Wear Store. (And, for the record, we really liked “Fit Happens,” which was submitted by both @FitHappensWAmy and @kimmeburly, but there was already a book and a health club with the name. Sad face.) At least we narrowed it down to six choices…

We heart you, dear readers, for your creativity, hilarity and inspiring words. Voting will be open until next Monday. When casting your electronic ballot, remember that a Fitness Magazine prize-pack is at stake here, so vote responsibly! —Jenn & Erin