Sweets may enrage later in life, some fat confuses the brain into eating more, and the soda tax debated. 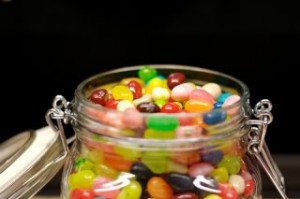 So here’s an interesting one: A recent study shows that kiddos who are given and indulge in more treats as youngsters have a higher risk of becoming violent as adults. Yeowsers. (Sometimes I wonder where researchers even come up with random stuff to research.) The study controlled for both environment and lifestyle, including family income, parenting style and education, and still, those who had more sweets were more likely to be violent. Researchers guess that parents may give their children sweets to stop them from being upset or angry, which later makes them more likely to need instant gratification and have less patience. This subject definitely needs more research, but dang…that even makes me want to stay away from the candy jar!

We say it time and time again: All good things in moderation! 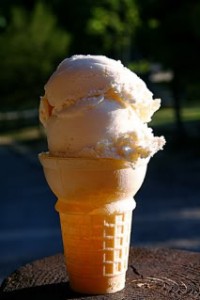 We all know that fatty foods aren’t great for us in excess, but researchers now believe that some types of fat may actually send signals to your brain to go ahead and eat more, even though your stomach has plenty of food. A saturated fatty acid called palmitic acid—found in butter, cheese, milk and beef—is particularly sneaky about doing this. Here’s some good news though: Oleic acid, an unsaturated fatty acid in olive and grapeseed oils wasn’t found to do this! I bet you can guess what I’ll be drizzling on my salad tonight…and what I’ll be avoiding as dessert!

Focus on the good fats! 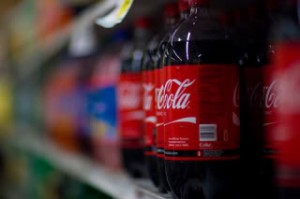 Some politicans, health experts and researchers are urging the government to pass a 1 cent tax per ounce on all sugary drinks and sodas (about a 15 to 20 percent price hike on a 20-ounce soft drink). The moolah could help fund health care reform or health programs, proponents say, and lead to a minimum reduction of about 20 calories a day per person from soda. As you might expect, the beverage industry is against the tax.

Tax or no tax, we avoid the stuff!

We didn’t intentionally mean to pick three FitBits about sweets; It just happened that way! Turns out sweets aren’t so sweet after all… —Jenn