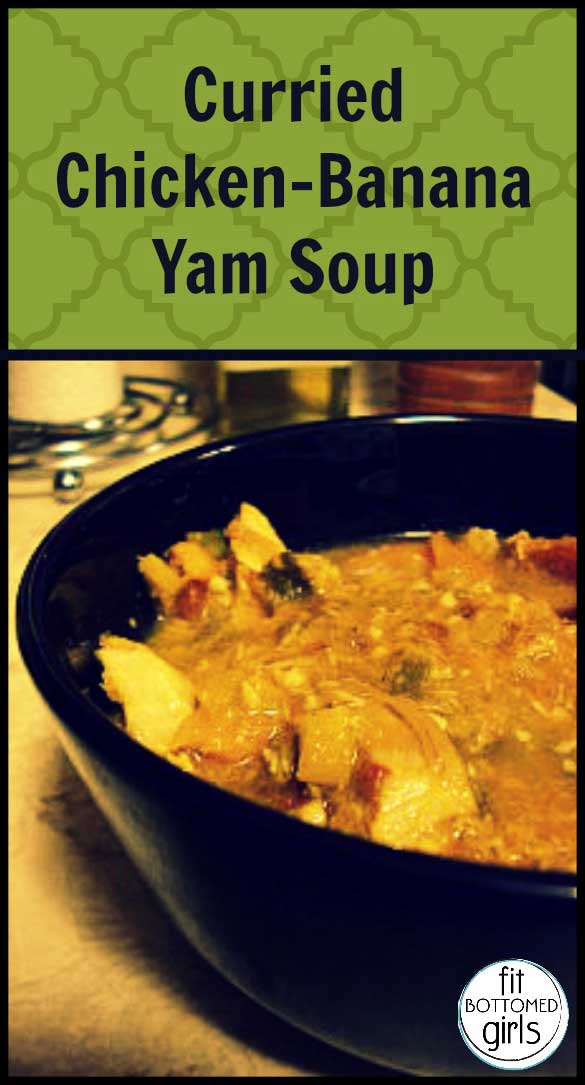 I love to try weird foods. In fact, the more obscure and bizarre combinations the better. (I watch too much Top Chef.) That’s why when we reviewed 101 Optimal Life Foods my curiosity was piqued when I saw the recipe for “Curried Chicken-Banana Yam Soup.” After all, I like curry. I like chicken. I like banana. I like yam. And I like soup. BUT, I’ve never tried them together. It was going to be quite the culinary adventure for me. Especially when I saw coconut listed as an ingredient! How often do you get to put coconut in a soup?

I made this soup on a lazy Sunday, and it was awesome. Way filling, way tasty and way pleasing for even my hubby, who claims to not like coconut. (I sure showed him!) Plus, one giant pot makes eight servings, each with 280 cals, 15 grams of fat, 13 carbs, 3 grams fiber and 23 grams of protein. If you’re not known for your culinary creativity, I urge you to give this one a try. It has a complex, meaty flavor that is both unique and as comforting as food you grew up with (maybe just in another country).

Nom nom! And impress your friends with a funky sounding but delicious-tasting soup! —Jenn