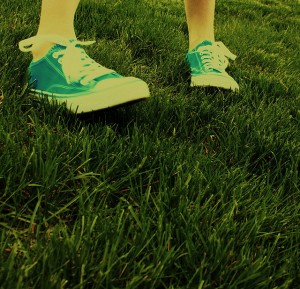 Most of my memories of playing as a kid are memories of being outside. Riding my bike down the street, playing softball, running around kicking a ball with my brothers. Today, Matthew Edlund, M.D., author of The Power of Rest: Why Sleep Alone Is Not Enough, shares his thoughts on the importance of outdoor exercise—and counters the reasons against getting outside!

Why You Want Your Kids to Play Outside

Kids are adept at using joysticks and touchscreens, clicking and pulling so quickly you need a stop time camera to appreciate what they’ve done. They kick footballs, pilot spacecraft across millions of light years and explode the sharp-teethed jaws of flesh-eating aliens who would destroy Earth and every living thing on it.

Except their hands are the only part of their bodies moving.

Adults of all kinds—grandparents, aunts, cousins, mothers-in-law, teachers—come to me with the same complaint: The kids are inside all day. Why are they sitting in chairs glued down like a mollusk rather than playing in the sun? These same adults angrily tell me “the kids’ parents should get up off their duff” and go outside to watch them, but they’re “too damn lazy to move.”

I tell them the economic crisis makes this vastly more complicated , but kids and how they play is a public health issue that will affect their health and learning all their lives. Parents have reason for not wanting their kids to play outside. Here are a few:

Predators. They’re out there, parents tell me. They’re right. Predators are out there, in schools and supermarkets, churches and playgrounds, and kids have to be taught to deal with them anywhere and anytime.

Bullies. Like predators, kids must deal with them so they can develop independent, self-reliant personalities—in other words, grow up. But what do kids do inside? Two thirds of children’s TV programming contains violence, and the more violence kids watch, the more violent acts they commit as adults.

Injuries. The kids will get hurt. True, they can get injured outside, but it’s a lot better for them to actively use their bodies so they can grow strong muscles and bones. Sitting all day promotes atherosclerosis.

West Nile Virus. Yes, there are innumerable bugs outside, but there are enough bugs on your hand to kill all humanity if immune systems don’t work—and playing outside can help mature immune a kid’s immune system in ways that will help him or her and the rest of the society for decades (see below).

Neighborhood. Maybe you think your community is not built for for kids’ play. And the tenements of your grandparents were? Gated communities may sometimes be a bad idea, but kids can figure out how to play anywhere.

Reasons to Play Outside

1. Learning to play. A great joy of life is the creativity of play, of making up games, stories, roles, of creating with others—and imaginations open up when you get outside. Play can also teach sustained attention, required for sustained achievement.

2. Sunlight. Light is a drug that resets immunity and biological clocks, improves mood and provides vitamin D. Yes, it can cause skin cancer, but that’s what hats, sunscreen, long sleeves and pants are for.

3. Improving immunity. Playing in the dirt improves the immune system, and farm kids get much less asthma. Handling bugs in childhood is critical to preventing many auto-immune diseases. Your body learns by doing and through experience, just as it does for intellectual activities.

4. Preventing obesity. Humans are built to move. We’re walking machines. Hunter gatherer societies walked 12 to 14 miles a day. Walking can help prevent many disease scourges, and walking after meals is a great strategy to control weight.

5. Getting into nature. Even short periods in the natural world improve mood, and nature has historically provided our ideals of paradise. If we want to preserve our planet rather than cook it, kids need to get outside and watch how things live and grow.

6. Making friends. You can play video games together, but it’s far better to play with others, learning to cooperate and care about them—a large part of what it means to be human.

7. Different senses. You smell, hear and taste inside, but you’ll sense so much more outside, teaching your nervous system while expanding your imagination.

8. Sports. You might make a living as a virtual gamer in Korea, but most of us won’t learn baseball, football, soccer, tennis and other sports unless we get outside. We need to use our bodies the way they’re built, to move, jump and play.

There are dozens of other reasons for kids to play outside, and perhaps you’ll comment with some. We humans are social animals; designed to move; built to live and love nature; to grow and mature by doing. So let the kids play outside, let their brains and bodies grow, and let them experience some of the greatest joys of life—together with other kids.

Need any more reasons to get your kids outside? Here’s one: It’s fun! Have at it! —Erin