This entire week, we’re featuring select posts and articles by some of the best-of-the-best writers and bloggers across the World Wide Web as part of FBG’s first-annual Guest Blogger Week. Click here to see all of the great guest posts that inspire, make us think and crack us the heck up! 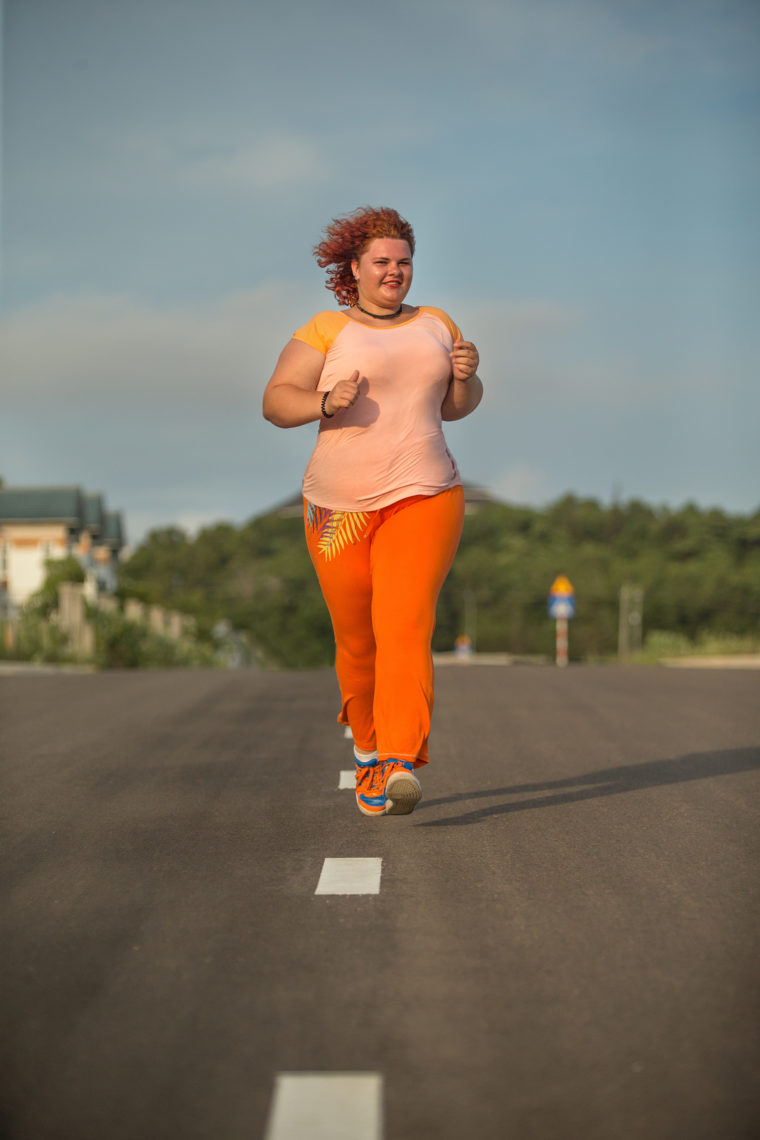 There’s so much information/misinformation about losing weight. Here are the things nobody told me; the things that I wish I’d known when I started losing…

1. Throw Away Your Scale. No, seriously. Throw it away. For me (and I think for many people), the scale was just a way to torture myself and continue my cycle of treating myself poorly. Gain a pound? I thought I was awful and should just stop eating at all. Lose a pound? I’m great and should celebrate by eating a pizza. The natural up-down fluctuation of our body weight shouldn’t drive us crazy, but it can and for a lot of us, it will.

Still want to use the scale as a tool and not a crazymaker? Use a scale at the gym, or that one at the supermarket. Just don’t keep one in your house. It can be very addictive, and it’s frankly a bad way to rate your progress. I fluctuate up to seven pounds in a given day due to water/food, glycogen retention and a lot of other issues. Weigh yourself at the same time of day in the same clothes, no more than once a week. Buy a tape measure and measure every two weeks. (Taking pictures once a month is something I really wish I’d done!) Rejoice when your pants fall off (mine did it in the produce section…luckily I pulled them back up before anyone noticed, I think). And, throw away your scale.

2. Fitness is a three-legged stool. You need to do cardio, weight training and flexibility training. Just do cardio, and you’re on your way to skinny-fat. I see plenty of women who just do cardio, and they look alright in street clothes, but when they come into the spin room, they’re just as jiggly as someone who could stand to lose a few. Just do weights and don’t incorporate flexibility training, and you’re on the way to bunchy town: short, tight muscles that don’t feel or look good. Just do flexibility training, and you won’t burn many calories. I do cardio, yoga and weights. This also goes a long way in preventing workout burnout. I shudder at the mere thought of just doing an hour on the treadmill every day. Boring. Mix it up. Your body and your sanity will be better for it.

3. What you eat is really, really important. You can lose weight eating packaged, processed food with little nutritional value. But, yuck. You’ll be hungry. The portions won’t be large, the nutrients will be lacking, and you’ll feel deprived. One time, I got a frozen pad thai from the grocery (hey, I had a craving). There were five bites in it (after much profanity when I saw the size of it, I actually counted). Four-hundred calories later, I was still starving. Most nights for dinner, I have a salad in an enormous stainless steel bowl. (It’s comically large.) Ten cups of greens, a homemade dressing with olive oil and lemon juice (or balsamic), and sometimes I throw in some chicken or flank steak, or nuts or an ounce of cheese. I struggle to get that enormous bowl up to 450 calories. It’s huge.

Moral of this story? Eat your vegetables, eat your lean protein sources (and occasionally not so lean—good fats in moderation are a good thing). Eat a handful of nuts. A teeny-tiny ounce of nuts takes the edge off my hunger for hours. When I first started dieting, I would have never eaten them because an ounce of nuts is nearly 200 calories. Now I know that those nuts have it all going for them: They’re portable and they keep me full. Keeping those nuts in my purse (I always have them) has saved me from many a low-blood sugar induced eating frenzy.

Calories equal energy. That’s its definition. Choose calories that are full of energy, not full of chemicals and crap. Anything that’s marketed as “good for you” (I’m talking to you, 100-calorie packs) most likely isn’t. If it needs marketing (when was the last time you saw a TV commercial for an apple?), it needs to be sold. Don’t believe me? Just Google around and find some cigarette ads from the 1940s, when those were marketed as healthy and natural. The 100-calorie pack is the low-tar cigarette of our generation. Be smarter than the food industry. Eat foods with one ingredient. That’s my best diet/health advice in one sentence.

4. The diet and fast food industry want you to stay fat. Any “get-thin quick” scheme is just that. They want you to “get results” and then pack the pounds back on and come back because “it worked so great the last time.” Any diet that you can’t be on the rest of your life is a bad one. You can’t repent for a month and suddenly never gain weight again.

Any industry depends on repeat business to keep afloat. The diet industry is no different. If diets worked, everyone would go on one, lose weight and keep it off and never have to shell out any money ever again. The same holds true for the processed/fast-food/chain-restaurant food industry. They want you addicted to their food, craving more and coming back. They don’t care that what they’re selling can make you fat and kill you. They just want your money.

Now, I’m not perfect. From time to time, I indulge in junk food. But it’s rare, and it’s an indulgence. I hardly ever want it anymore, though, because it makes me feel awful. I can’t believe sometimes that it used to be the cornerstone of my diet. I was McDonald’s prize demographic, and every aspect of my health suffered. In order to lose weight and keep it off, you need to change how you eat. Forever.

5. You will go into mourning for the old you. I’ve saved this for last because it was the most shocking to me. I lost 85 pounds, became a fit and healthy person and then got really, really depressed and didn’t know why. On some level, I finally realized, I missed my old life. I missed going out and not caring what I put into my body (it was fun at the moment). I missed feeling bad about something and knowing that as soon as I got that ice cream home it would all go away. I missed being invisible once I started getting more attention (especially from the opposite sex).

Vivia Kieswetter knows weight-loss. After gaining weight due to fibromyalgia and psoriatic arthritis she lost 80 pounds and went from a non-exerciser to gym rat. She’s used Zumba, group cycling, boxing and yoga to maintain her weight loss for six years. Vivia lives in Toronto and is pursuing a PhD at York University. She blogs regularly over at My Fitness Pal.