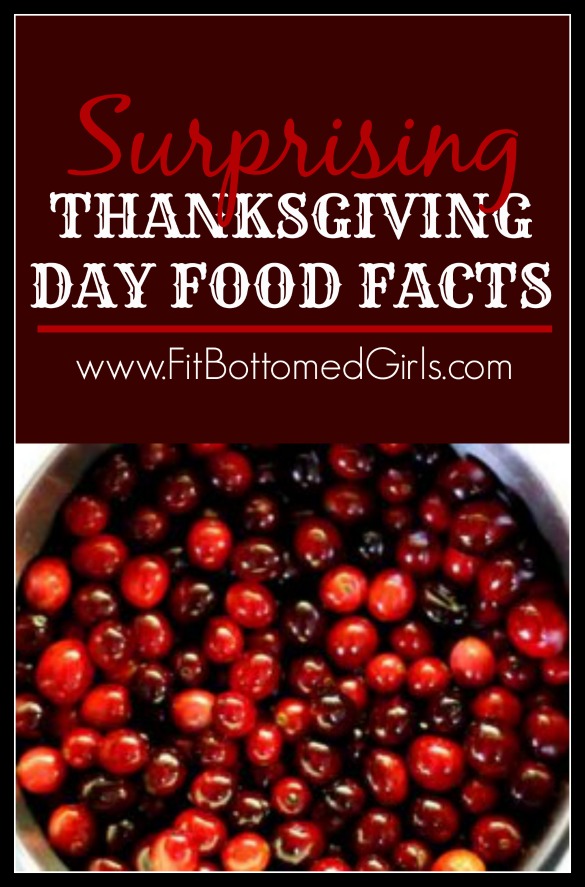 I like to say that Thanksgiving is about bringing together friends and family, and taking a day to really be thankful for all the good things in our lives.

But, if I’m being honest, it’s also kind of about the food. Huge, massive, enormous quantities of delicious, yummy, once-a-year food. Food that makes it challenging for even the most disciplined dieter to stick to her delicately sized portions. I mean, there’s just something about pumpkin pie that makes me want to throw moderation out the window and dig into a slice the size of my head. Who’s with me?

One day of gluttony isn’t going to erase your healthy efforts, but it’s still interesting to check out Thanksgiving by the numbers. Here are some Thanksgiving food facts that might surprise you!

3,000: Calories are consumed by the average person at Thanksgiving dinner.

12: Million turkeys are sold by Butterball each year.

675: Million pounds of turkey are consumed each year.

350: Approximate number of pounds the largest pumpkin pie ever made weighed. It used 80 pounds of cooked pumpkin, 36 pounds of sugar, 12 dozen eggs, measured 5 feet in diameter and took six hours to bake.

40: How many million green bean casseroles are made.

100: Age of some of the oldest cranberry beds—and they’re still producing!

72: Millions of can of Ocean Spray Cranberry Sauce purchased each year.

565: Number of times a line of all the cranberries produced in the U.S. would stretch from Boston to Los Angeles if you lined them all up, end to end.

Which Thanksgiving day food fact did you find the most surprising? —Jenn