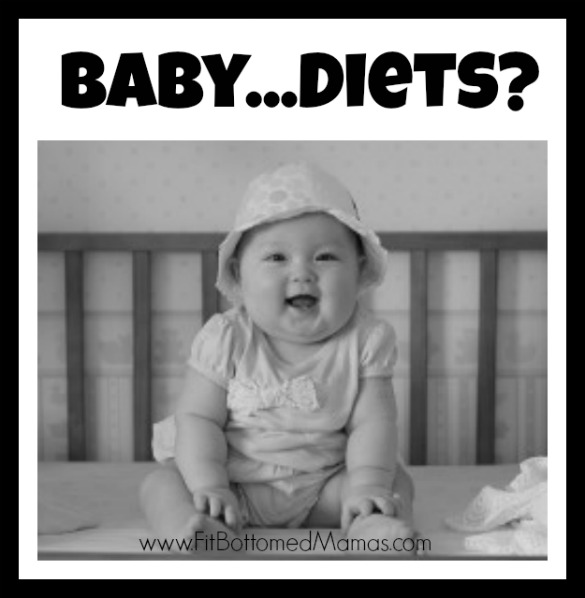 When my daughter was born, she was a month premature. She weighed in at 5 pounds, 15 ounces, but it was obvious that she hadn’t had that extra month or so to gain any baby pudge. She was little. And skinny. And like most babies, she lost weight in the hospital. The NICU nurses were sticklers about every ounce lost or gained, and I wished for nothing more than her weight to increase.

We were discharged on a Friday, and we had her first doctor’s appointment scheduled for the following Monday for a weight check. As a breastfeeding mom, I was concerned about her getting enough milk and terrified at the thought of a weight loss. I held my breath as we placed her on the scale, and I was elated to find that she was back up to 5 pounds, 13 ounces. It was a huge relief for me to know that I was doing my job, that my boobs were providing the nourishment she needed to pack on the pounds.

Now, it seems hilarious that I ever worried about having enough milk. If anything, I’ve battled oversupply issues. And my tiny little baby has scoffed in the face of her preemie status and gained weight like a champ. A heavyweight champ. She’s got pudgy little cheeks, a double chin and Michelin-man arms. Then I started to wonder: Is she gaining too much weight too fast? And I had to remind myself that she’s not an adult. She’s supposed to grow like a weed. (Even if it means she wears some outfits only once.)

Her doctor, of course, is thrilled with her weight and her progress. And I continue to be proud of every pound. But some parents take their fear of obesity too far, even putting babies on diets. Now, I’m sure I don’t need to tell our health-minded readers how ridiculous this is, but I will. Restricting a baby’s food is ludicrous, and can be criminal, as in the case of a couple who starved their baby because they didn’t want her to become fat. In the article, Dr. Jatinder Bhatia, who chairs the nutrition committee of the American Academy of Pediatrics and is chief of neonatology at the Medical College of Georgia in Augusta, says that the best thing mothers can do for their baby’s weight and health is breastfeed. While breastfed infants may gain weight quickly in the early months, their growth tends to slow down later on.

Regardless of how you feed your baby, it’s up to parents to instill healthy attitudes about food and weight in their children. Restricting calories and putting infants and toddlers on diets sets kids up for a lifetime of issues with food and can hurt them developmentally.Of course, offering delicious fruits and veggies and other healthy foods and restricting junk is a great “diet” to be on. In our obesity and thin-obsessed world, have we gone too far when we’re worrying about babies being too fat? —Erin