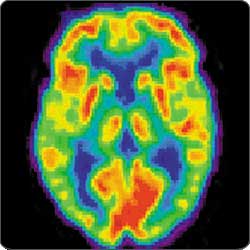 Uh-oh! The New Year’sjust begun and already you’re finding it hard to keep those resolutions to trash the junk food, get off the couch or kick smoking. There’s a biological reason a lot of our bad habits are so hard to break—they get wired into our brains.

That’s not an excuse to give up. Understanding how unhealthy behaviors become ingrained has scientists learning some tricks that may help good habits replace the bad.

“Why are bad habits stronger? You’re fighting against the power of an immediate reward,” says Dr. Nora Volkow, director of the National Institute on Drug Abuse and an authority on the brain’s pleasure pathway.

It’s the fudge vs. broccoli choice: Chocolate’s yum factor tends to beat out the knowledge that sticking with veggies brings an eventual reward of lost pounds.

“We all as creatures are hard-wired that way, to give greater value to an immediate reward as opposed to something that’s delayed,” Volkow says.

Keep reading for more on how your brain may be to blame! —AOL Health