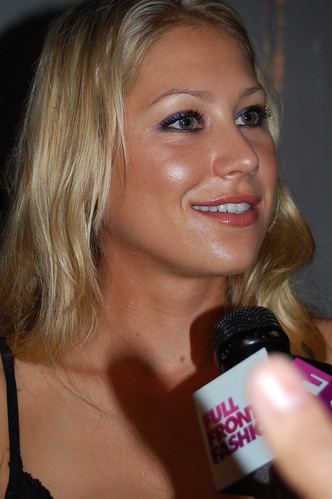 With The Biggest Loser finale just an hour away, there’s breaking news that the next star of the show—and the replacement for Jillian Michaels—will be former tennis star and Enrique Iglesias lovah Anna Kournikova. LIKE WHOA. We sure as heck didn’t see this one coming.

New York Magazine just broke the news, and I can hear Biggest Loser fans all over going, “Huh?” (I’d be one of them.) I, for one, love me some tennis, so I’m curious on that fact alone, but Jillian Michaels’ sneaks are huge bad-ass shoes to fill. I really don’t know who could fill them, but a leggy blonde wasn’t exactly who I had in mind.

The announcement is supposed to be officially made tonight during the finale. And I am more than curious to see what explanation and introduction they give. (Not to mention that I am fascinated by imagining Bob’s and Jillian’s reactions to the new addition.) Still no word on if Cara and Brett will make the cut for next season, but me thinks there’s a lot of change a-brewin’ over at the ranch.

What the heck do you think about this? —Jenn