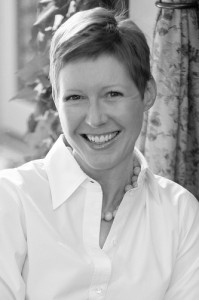 We’ve got a new Fit Bottomed Mama in the house! Meet Susan Wagner, a freelance writer and editor who lives in Oklahoma City with her husband and their two sons, Henry, 11, and Charlie, 9. Susan will be sharing her experiences juggling her fitness goals and family. In between training for a half marathon and shuttling the kids to karate and baseball, she writes about fashion, running and pretty things she finds on the internet at The Working Closet. She’s training for upcoming races as I speak. Here, I’ll just let her tell you all about it…

So here’s a crazy thing: On November 20, I’m running a half marathon. Two weeks later, I’m planning to run another. Because why not?

The November race, the Route 66 Marathon in Tulsa, Okla., will be my first half marathon. It’s a small race and essentially local (I live in Oklahoma City, about 90 miles from Tulsa), so there’s no elaborate travel involved, which makes it seem like not such a big deal. Except for the part about how it’s a half marathon, you know, and how I’ll be running 13.1 miles on a totally unfamiliar course. But I’m trying not to think about that too much.

Two weeks later, if all goes well, I’ll be running a half at the Dallas White Rock Marathon, which does feel like a big deal: bigger race, bigger distance to travel, bigger entrance fee. It’s not like I have time to worry about it, though. I’ve got a lot going on over here, what with the job and the kids and the fact that someone has to cook dinner every night. Oh, and the whole marathon-training thing. That, too.

I started running 15 months ago, after taking nearly 20 years off. In that 20 years, I got married, had two babies, moved cross country and changed careers. Through all of that, I stayed active and fit, but I gave up on running; I was too old and too busy and too slow for running to really be my thing.

These days, I freelance full time, at least in all the time that I’m not shuttling my sons to carpool and karate class and little league. I also run between 20 and 30 miles each week, at about a 9:30-per-mile pace. I’m not going to win any Olympic medals, but I feel good about my runs, and about the fact that I can stick to my training schedule and still get the kids where they need to go and get the laundry done before anyone runs out of clean underwear. Most of the time.

But I’m still a little bit nervous about that first half marathon. And the one right after it. I’m following the Runner’s World Smart Coach training program to get ready for the Route 66 run; the plan steadily increases my miles in the 16 weeks leading up to the race. Of course, Week One coincided with my family’s summer vacation, which meant that I had to do my long run at the beginning of the week, rather than the end, and that the rest of my miles were on a hotel treadmill. It wasn’t ideal, but at least I kept running.

So why run two half marathons back to back? I suppose the short (and obvious) answer is because I’m crazy—or at least that’s what my friends are all saying. But the more accurate answer, I think, is because I can. My sons are 9 and 11 now; the parenting phase where I must be within arms reach all the time is finally over. I started running because I needed a break from my daily routine, from chores and work and kids who want to tell me the plot of Star Wars: Episode III (which movie is that again?) for the hundredth time. I love running for the sake of running, but having a goal—especially a big one—keeps me motivated.

But two half marathons in a row? I will admit that there’s a certain element of crazy there. What kind of person does that to herself, voluntarily? But the real crazy part is that it doesn’t seem that difficult to me. The practical part of my brain looks at my training schedule and figures that if I can do the two 14-mile training runs that lead up to the first half marathon, there’s no reason I can’t run back-to-back half marathons, particularly since I’ll have two weeks between them to rest and recover. Although that kind of talk is what makes everyone around me think I’ve lost my mind just a little bit.

In the end, I’m running two half marathons in a row because I can. That’s it. I don’t have anything to prove to anyone; I just want to do this. Because as much as I love being the mom and the wife and the writer, this is one thing that I’m doing just for me.

Why do you run? Is running a break from your mom routine or one more thing on the calendar? And what advice do you have for me as a first-time half marathoner? I’m open to any and all suggestions. Share in the comments! —Susan

Add a comment Cancel reply
5 Comments
Jenn & Kristen
Diets don‘t work. We know because we‘ve been there.
Get the deets
STAY IN THE KNOW
When new stuff happens, you'll be the first to know!
Latest Offer
Working out at home
Get free strength, cardio, yoga, and meditation videos.
Try them
Instagram
X