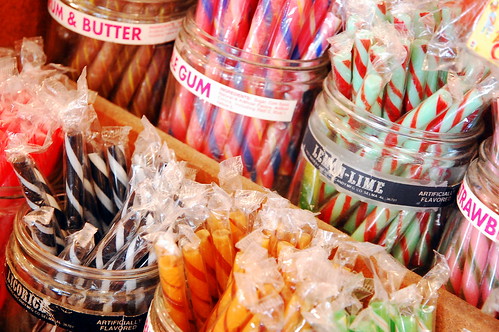 Today’s post on whether high fructose corn syrup is bad for you is part of FBG’s Back to Basics Week that features the best beginner fitness and beginner nutrition posts that help you to be a little healthier and—in theme with the week—a little smarter. Read on to learn how to ditch HFCS—and the health-related reasons why you should—from YOU: Losing Weight: The Owner’s Manual to Simple and Healthy Weight Loss, by Michael F. Roizen and Mehmet C. Oz (aka Dr. Oz!).

High-fructose corn syrup (HFCS)—once considered the “Frankenfood” fueling America’s obesity epidemic—recently earned a presidential-style pardon. The American Medical Association concluded last June that this much-maligned sweetener was no worse than sugar. Recently, in The American Journal of Clinical Nutrition, a group of noted nutrition experts who’ve studied this processed sweet stuff agreed. Even if you don’t read medical journals or follow the headlines, you’ve probably seen the pro-HFCS commercials on TV—paid for by the Corn Refiners Association—featuring smiling moms reassuring one another that HFCS is perfectly safe and natural. (Of course, cyanide is also natural. Not that taking HFCS is the equivalent of ingesting cyanide, but don’t think it has a clean bill of health.)

Hold that honey-mustard dipping sauce. Who said sugar was a great item to add to food? Further, almost all of the reports that found HFCS to be the same as sugar have been funded by groups that profit from sales of HFCS—including soda makers and their lobbyists. And we believe that the most important question remains whether big doses of fructose could trigger obesity in ways that go beyond all those excess calories.

Yes, we said fructose. But we don’t mean the quantities found in fresh fruit, which come packaged with fiber and lots of nutrients. We’re talking about the nutritionally empty megadoses added to soda, commercial sweets and baked goods. We’re also talking about all the little hits you’re getting from foods that don’t even seem sweet, such as ketchup and salad dressing. A growing stack of research suggests that getting too much fructose in your diet interferes with telling your brain that you’re full and should stop eating. In a new University of Florida lab study, animals that ate a high-fat, high-calorie diet that was also high in fructose became leptin resistant (resistant to changes leptin causes in the brain, such as ability to suppress appetite) and gained more weight than animals that ate a similar diet, minus the fructose. And fructose in large quantities overwhelms your liver’s ability to process it without producing inflammation-producing compounds.

Truth is, HFCS isn’t the only source of excess fructose in the American diet. Table sugar has a similar makeup (roughly equal amounts of fructose and glucose). The reason HFCS comes under such fire is that the food industry’s been pumping more and more of it into foods since the 1970s because it’s cheap, mixes easily into beverages, and enhances flavor and shelf life. The result: we eat 1,000 times more HFCS now than when Richard Nixon was president—on average 63 pounds a year! That’s more than 230,000 calories worth. Per person! Per year! The greatest cost differential in our global fight for jobs is health-care costs: Health-care costs are twice as expensive in America as in Europe since we have twice the chronic disease. Food choices, physical inactivity, tobacco and stress cause 70 percent of those chronic diseases. So if all you care about is the potential for jobs in America, you’d ban tobacco and simple sugars like HFCS added to your foods.

The bottom line: Getting the obvious, and not so obvious, sweeteners out of your diet will save you hundreds of calories a day—and remove a substance that could be flipping metabolic switches without your permission. Here’s how…

How to Cut HFCS Out of Your Diet

A big thanks to Dr. Oz and Dr. Roizen for breaking down the HFCS issue! How do you avoid HFCS in your diet? —Jenn

About the Authors
Michael F. Roizen, M.D., author of  YOU: Losing Weight: The Owner’s Manual to Simple and Healthy Weight Loss (Copyright © 2006, 2009, 2011 by Michael F. Roizen, MD, and Oz Works LLC, f/s/o Mehmet C. Oz, MD), is a New York Times #1 bestselling author and cofounder and originator of the popular RealAge.com website. He is chief wellness officer and chair of the Wellness Institute of the Cleveland Clinic and health expert of The Oprah Winfrey Show.

Mehmet C. Oz, M.D., author of  YOU: Losing Weight: The Owner’s Manual to Simple and Healthy Weight Loss (Copyright © 2006, 2009, 2011 by Michael F. Roizen, MD, and Oz Works LLC, f/s/o Mehmet C. Oz, MD), is also a New York Times #1 bestselling author and host of The Dr. Oz Show. He is professor and vice chairman of surgery at New York Presbyterian-Columbia University and the director of the Heart Institute.