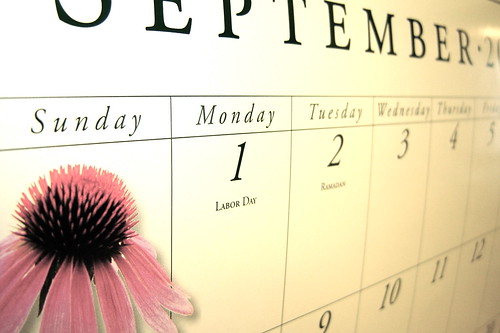 Because September is PCOS Awareness Month, we thought we’d take this opportunity to discuss this syndrome, which affects up to 10 percent of women of reproductive age. The biggest problem with PCOS is that those who have it often fail to ovulate regularly, which as you can imagine can be extremely frustrating if you’re trying to get pregnant. As if waiting 28 days to go by each month isn’t bad enough, imagine waiting twice that long—or longer—to ovulate. Not fun. To raise awareness of this syndrome, Jane L. Frederick, M.D., of HRC Fertility in Southern California, answered all of our burning questions about PCOS. The best part if you’ve got PCOS? It’s treatable, so read on.

Polycystic ovarian syndrome, known commonly as PCOS, refers to a hormone disorder affecting 3 to 10 percent of reproductive-aged women. Considered a leading cause of female infertility, PCOS reduces the ability of the ovaries to mature and release eggs into the uterus. Other reproductive symptoms of PCOS include the creation of polycystic ovaries, characterized by multiple cysts and small follicles; chronic anovulation, or an inability to ovulate; and hormonal imbalance, including high levels of the male hormone androgen.

Even though PCOS affects a relatively high percentage of women, the cause is unknown. The diagnosis includes irregularities in menstrual cycles; the presence of acne and hair growth in areas more common to men, such as the face and chest; and obesity, particularly in the midsection. Health problems often associated with the disorder include a high risk for miscarriage and long-term medical problems, such as diabetes, cardiovascular disease and uterine cancer.

Women with PCOS frequently suffer from chronic anovulation, a condition that can cause them to go through fewer than eight menstrual cycles each year, and frequently they skip their periods altogether. Furthermore, the hormonal imbalance associated with PCOS can result in symptoms ranging from an excess of estrogen or androgen to decreased levels of progesterone (the hormone important to the menstrual cycle) and resistance to insulin.

Infertility experts usually rule out other causes of anovulation and hyperandrogenism (an excess of male hormones) before diagnosing PCOS and establishing a treatment approach for the disorder. Management of PCOS requires a treatment program focused on four individual areas: encouraging fertility; restoring regular menstrual cycles while preventing disorders of the endometrium (uterine lining); treating the symptoms of acne and abnormal hair growth; and lowering insulin levels.

Research shows that diet and exercise can go far in reducing the obesity associated with PCOS, and, as a result, restore normal ovulation and menstruation cycles. Many women with PCOS report difficulty in losing weight. Experts recommend diets in which carbohydrates largely come from fruits, vegetables and whole grains. If not done through weight loss, balancing insulin levels often requires medication, such as the type 2 diabetes drug metformin.

Infertility specialists typically treat hormonal symptoms, in particular the excessive level of androgen, by prescribing low-dose oral contraceptives. This approach should reduce the acne and hair growth; however, the latter symptom may require electrolysis, waxing or some other removal method performed in conjunction with medical treatment. In extreme cases, an anti-androgen drug can be prescribed.

To increase fertility, PCOS patients can undergo a number of conservative treatments, such as fertility drugs like Clomid to help ovulation and achieve a successful pregnancy. The important message is that PCOS is a very treatable disorder, and women should seek out an infertility specialist for help in the diagnosis and treatment.

A big thanks to Dr. Frederick for shedding light on this condition. Do you have PCOS? How long did it take you to get pregnant? Share your success stories in the comments! —Erin