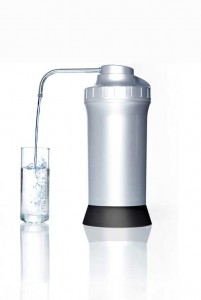 Now introducing Thirsty Thursday! Every Thursday for the next few weeks, we’ll be doing a series of posts on Fit Bottomed Girls and Fit Bottomed Mamas that have been sponsored by alkaStream and focus on water, hydration and health. For our sponsored-post policy, click here.

Last week for Thirsty Thursday we shared facts on the best way to hydrate. Today, we’re sharing our experience getting totally and awesomely hydrated with the alkaStream water filtration and alkaline system.

Let me just say that up until a few weeks ago, the only thing I knew about water-filtration systems was that they took “bad stuff” out of water. I had a well-known major brand at home and felt pretty smug in my water quality. Well, that was until alkaStream schooled me hard-core. I consider myself pretty knowledgeable about fitness and healthy eating, but the idea that the right water could actually improve your exercise performance, hydration and nutrition? Dude, I was clueless. And albeit a bit skeptical. Anything that promises to do so much just seems fishy.

Besides the improved taste (even at room temperature I can drink the stuff—something I’ve never been able to do with tap water), the water—which I began taking with me everywhere in a water bottle—also started to improve my workout performance. It wasn’t like I was on the juice or anything, but I could just breathe better, and it seemed like my muscles were getting more oxygen, which allowed me to push harder during tough workouts. I also began drinking much, much less water. That may seem weird, but when before it would take water bottle after water bottle to keep me feeling totally hydrated (I’m like a camel, seriously), with the alkaStream water it just didn’t take as much to do the hydration job. Now, I’m drinking about half of my body weight when it comes to ounces. 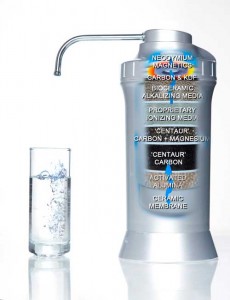 So exactly what’s so special about this water-filtration system and what warrants the $329 price tag? The secret is—in my own simple and totally unscientific words—that it takes out the bad stuff in your water and puts in the good stuff that you’re actually supposed to have back in. The water runs through your faucet and into the bottom of the alkaStream canister (see illustration at right), moving your H2O through eights layers of filtration and other good healthy stuff that actually makes your water more hydrating and nutritious by adding trace minerals and antioxidants and making it more alkaline. (The full, more scientific explanation is here.) It’s as nature intended (but what we kind of have messed up from all of our chemicals and, you know, living in the modern world that we do).

The system was pretty easy to install, too. After a quick 10-minute pretty painless installation, the alkaStream system now sits right next to my sink. It’s a bit bulky, takes awhile to get water (eight steps, yo!) and you have to make sure that the spigot is over the sink because sometimes you get a little dripping, but it’s totally worth it. And the $329 price tag is far less than other similar type alkaline-water systems that cost almost three times as much. In a nutshell, I’m not sure how I drank water before it! I used to think water was just water…not anymore.

Be sure to check over on Fit Bottomed Mamas tomorrow as Erin shares her experience trying alkaStream! And check in next week for how you can win an alkaStream system yourself! Do you have a water filter? How important is clean, healthy water to you? —Jenn
New Fitness
New Mamas
New Eats
New Zen
Free Email Course
Take the FREE 5-Day FBG Reset Email Course