Previously Jessica shared her honest reaction to getting pregnant and then talked about the myth of that pregnancy glow. Now she’s sharing her tales of morning sickness and total lack of energy! I can totally relate… —Erin 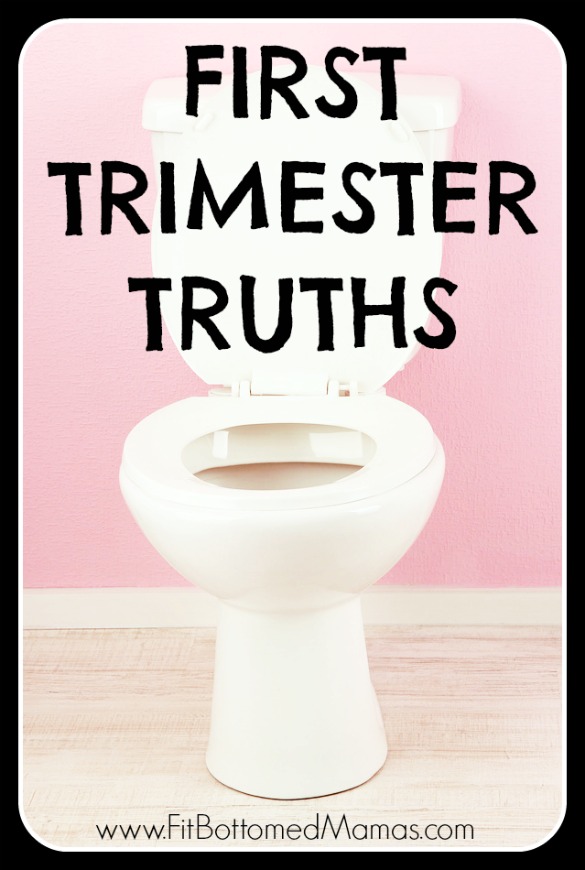 It’s true that lots of sources will tell you straight out that morning sickness is not just something that happens in the morning, so I was prepared for it to be more than that. I thought I might have waves of nausea that would go away if I ate some crackers and drank some Sprite. If it was really bad, I might occasionally have to run to the toilet to expel said crackers and Sprite, and that I’d feel better after that.

Turns out that morning sickness, for me, is basically a continuous moderate hangover. I wake up feeling like I wish I’d puked the night before but not quite bad enough to need to when I get up. I go through the day feeling hungry without being able to think of a single food that sounds appetizing. I end up loading up on goldfish, cheese pizza, bread, waffles, pancakes, cereal and other refined carbs that I’d only allow myself in moderation pre-pregnancy. The feeling of nausea is worse when it’s really hot or when I have to stand for a long period of time. It wanes a little in the afternoon and comes back strong again in the evening. Like with a hangover, a shower and some physical activity tend to make me feel a little better for a little while. But with both a hangover and morning sickness, the only real cure is time. Sadly, that time period is a lot longer with morning sickness than with a hangover.

I think the most unfair thing about morning sickness is that it occurs during your first trimester when you’re probably not telling many people about the pregnancy yet. That means you have to try to hide how you’re feeling when at work or out in public. If people know you’re not feeling well and see that it doesn’t go away for several weeks, they either figure out you’re pregnant, or they start to get seriously concerned about your health and what kind of germs you must be spreading around the office. Despite that, I have spent more than a few moments sitting in my office with my head on my desk taking slow deep breaths while a wave of nausea passed over me.

I’m currently in my 6th week of feeling generally icky, but my doctor assures me that it should pass soon. I truly feel for those women who have “morning sickness” throughout their entire pregnancies and really hope I don’t end up joining their ranks!

Regarding energy and exercise, I had heard two things. The first was that active women can keep up the workout routines they were used to, with the exception of certain activities that may result in direct blows to your abdomen (like soccer—my favorite form of exercise) or serious risk of falling (like skiing). The other was that especially during the first trimester, women should make sure their internal body temperature doesn’t rise (apparently you need to stop your activity for regular checks with a rectal thermometer to follow this rule), and that they should keep their heart rate below 140 bpm. For me, that would mean a slow glide on the elliptical would be about the hardest workout I could attempt. I’m fairly certain that my boot-camp class, aerobics class, and regular jogging were both warming my body temperature and making my heart beat pretty fast.

So at my first appointment, six weeks into the pregnancy, I asked my doctor about it. She gave me advice that was slightly on the more conservative side—saying I could keep jogging and doing yoga, but that my boot camp class was probably a no-go, and that I should limit my activity to less than 40 minutes at a time. I was given the criteria that I should be able to hold a conversation and not be dripping with sweat during the workout. At first I was pretty bummed, having kept up my workout routine until that appointment, but my disappointment changed to thankfulness to have a legit excuse to cut back on the exercise within about a week.

Pregnancy has sucked the energy right out of me in a way I could not have begun to imagine. At 7 p.m. every evening I feel like I’ve hit a brick wall, and I barely want to move off the couch. And there’s no way I could talk myself into getting up at 5:30 a.m. for boot camp if my life depended on it. I can barely make it to work by 8:30 most mornings, and I live less than two miles from my office. And on top of being freaking tired in the morning, the nausea would keep me from doing too much anyway.

It’s been difficult, both physically and mentally, going from burning about 3,000 calories a week in workouts to about 300 calories, two or three times a week. I’m having to find creative ways to relax since a good workout used to be my go-to remedy for high stress, and since I haven’t told many people I’m pregnant yet, I have to make excuses for skipping my normal workouts. I’m also realizing that the recommended increase of 200 calories daily is not in addition to cutting out exercise. Apparently many people don’t really gain weight during the first trimester due to the inability to keep food down, but for me, even cutting out the calories from booze and not having too much trouble eating, I gained weight simply because so much of my normal exercise had been cut out.

So now I’m trying to focus on the things I can do—my weights class, yoga and walking. My husband has been supportive and encouraging when it comes to the long walks in the evenings, and it’s kind of a nice time for us to unwind and reconnect after a hectic day at work. And I’m trying to focus on choosing foods packed with nutrients that don’t make my stomach turn (sorry Brussels sprouts—maybe my love affair will resume with you after the baby comes). The combination of healthy eating and getting in whatever exercise your body can handle is the key for healthy living, and they are what I’m going to try to focus on during my pregnancy, too. —Jessica