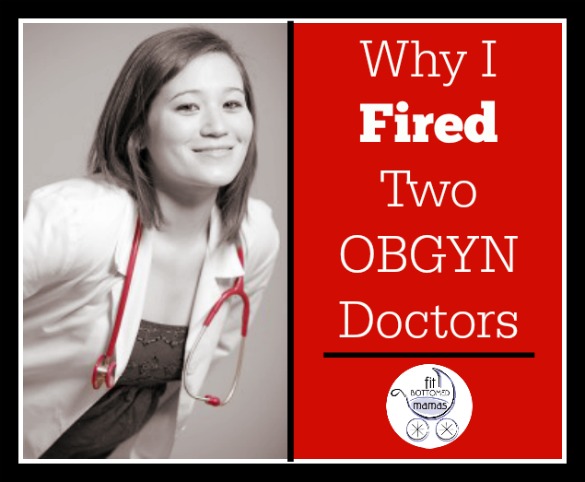 When I went to see my first OB/GYN, I was mostly happy with the practice. I had too long of a wait, of course, but the doctor seemed nice enough and answered all of my questions. So I kept going back for my monthly visits. But the doctor’s higher-than-average C-section rate kept ringing in my head. As did visions of the C-section knick-knacks he had on his shelves—little figurines of doctors pulling babies out of stomachs, I kid you not. I really wanted an unmedicated birth, and one of my biggest fears was an unnecessary C-section. So when someone recommended a doctor with a low C-section rate, I didn’t hesitate to make an appointment. It turned out I felt really comfortable there, so I switched at 20 weeks and rotated between the doctors in the practice, one of whom made it to the hospital for my speedy delivery.

When it came time to start my prenatal care for pregnancy No. 2, it was a no-brainer to head back to the doctor that delivered my daughter. And then at 6 weeks pregnant, on a Tuesday night, I started spotting. It was light, but I was very concerned, especially because nothing like that had happened during my first pregnancy. No matter how many stories I read on the internet about women who had first trimester spotting, it did nothing to ease my fears. So I did what you should do—I monitored the bleeding, which stopped after several hours, and called my doctor the following morning.

By Wednesday evening, I hadn’t gotten a return phone call from my doctor. It seemed odd, but I decided to give them the benefit of the doubt. When I hadn’t heard back by the next morning, I called again. I let them know that I’d called before and why, and was assured that the doctor would be arriving at any moment and would call me back. By that night? Not a peep. At that point, my husband and I were furious. Even if there was nothing they could do at that early stage of pregnancy—even if it was perfectly normal—we at least wanted to talk to my doctor about it.

So on Friday morning, I started making phone calls to find a new practice. The new doctor, who called me back personally, couldn’t believe that I’d been ignored. Because she couldn’t technically give me any advice because she wasn’t yet my doctor, she wanted me to call my doctor. So after my third bitchiest-yet phone call, she did finally call me back. Her excuse? She didn’t get my message Wednesday. She was in surgery all day Thursday. Well, it wasn’t comforting that a message like that got lost. And with three doctors on staff, shouldn’t someone have called me back? Shouldn’t they have a policy that if one doctor is unavailable, another doctor should step in for the patient’s sake? No excuse would have been enough at that point.

The medical community can be really intimidating. I think that as a patient—and maybe especially a pregnant patient—it’s so easy to feel stuck with a doctor you feel doesn’t really care. Whether you’re six weeks or 36 weeks pregnant or you just feel like your doctor, whether a podiatrist or dermatologist, doesn’t listen or doesn’t respond to your needs, don’t hesitate to switch. Find someone who makes you feel comfortable. After all, they work for you.

Have you ever had to switch doctors? What were the circumstances? —Erin