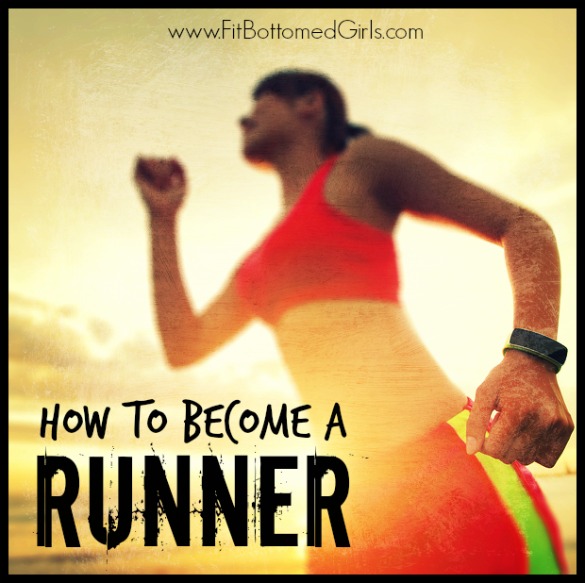 Most runners I know have said, at some point in their life, something along the lines of, “Running is stupid and only for crazy people.” Shoot, I’ve said it myself. Sometimes I say it in the middle of a run. But you know what? Over the past decade, I’ve slowly (very slowly) but surely learned how to become a runner. And I’m damn proud.

Now, before I started running, I was athletic, but for many runners I know, that was not the case—they were couch potatoes who preferred Doritos and beer to bananas and Gatorade. (Most of them still do, for that matter.) But, little by little, they built up their mileage, learned how to become a runner and in many cases have completed half-marathons, marathons and more!

If you find yourself becoming increasingly jealous of your friends’ Facebook posts about how they had already completed a 10k before you even got out of bed, or even if you’re just looking for an easy way to burn some extra calories, believe me when I say you can do it. Or don’t believe me—I’ve brought in an expert to talk about how beginners (like you!) can start running.

In addition to being one of my favorite people on Twitter, Susan Lacke does 5Ks, Ironman Triathlons and everything in between to justify her love for cupcakes (yes, she eats that many). In spite of her extensive writing on running and triathlon (Competitor and No Meat Athlete, for starters), she is still unable to use the words “chafing” or “fartlek” in a sentence without giggling, which makes her a perfect fit for FBG, don’t you think?

Tips on How to Become a Runner from Susan Lacke, Running Expert

What’s the first thing someone should do if they want to learn how to become a runner? Are there things they need to buy or a plan they should make? The wonderful thing about running is that it really doesn’t require much to get started: A good pair of shoes, a set of running clothes and a sense of adventure. There’s no need for pricey gym memberships, confusing electronic devices and overly perky personal trainers. (Let’s be honest—you want to punch those folks in the mouth, don’t you?)

In the initial stages, a runner should outline how she’s committed to making this happen. Make a list of reasons why you want to run, identify some sort of structure (“I will run X minutes, X days a week,” or “I will follow this training plan”), and line up resources to keep you happy and healthy while you run.

Most importantly—tell someone, like a friend or family member who will be supportive of your running. If that person’s a runner, she’ll answer all sorts of newbie questions (trust me—you’ll have them!) and give you inspirations and tips. If she’s not a runner, who knows—you may inspire her to start running with you, too!

Add a comment Cancel reply
21 Comments
Jenn & Kristen
Diets don‘t work. We know because we‘ve been there.
Get the deets
STAY IN THE KNOW
When new stuff happens, you'll be the first to know!
Latest Offer
Working out at home
Get free strength, cardio, yoga, and meditation videos.
Try them
Instagram
X