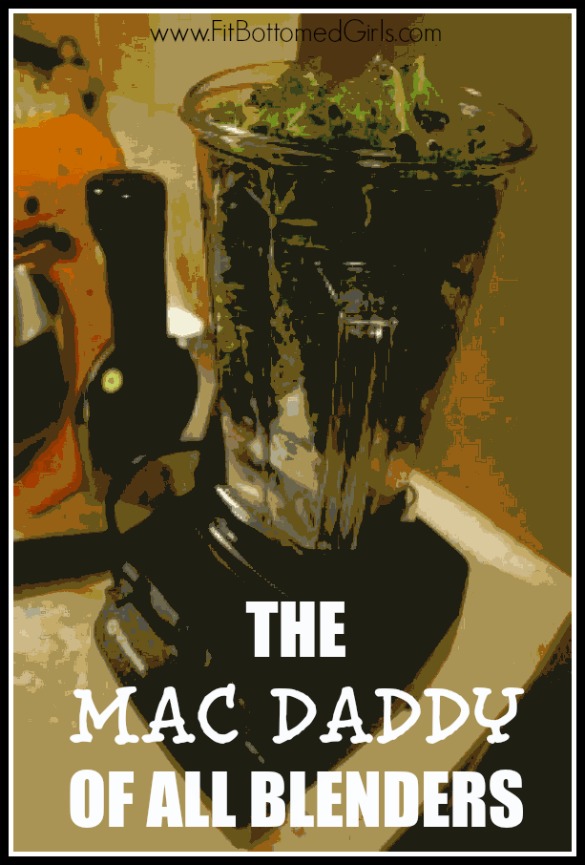 For years I’ve heard a lot about the Vitamix on different blogs and websites. When I first heard about it, I was like “$450? Well, you have to just be crazy to get that. How can it possibly be worth all that?” And then, I started making more smoothies.

At first, a basic blender was fine. A frozen banana and ice were a bit of a challenge, but protein power and strawberries were a breeze. And then I started getting more adventurous. I started adding frozen spinach…then kale…and then I wanted to add EVERYTHING healthy in. But homie wasn’t playin’ that. (Homeybeing my blender.) And homey burnt out, not once, but twice. So it was obvious I needed to invest in a quality blender.

And then I used the financial thinking that gets a lot of us in trouble: Well, what’s the point of getting something mediocre? I might as well buy the best! Screw the rest!

And so I began my campaign to convince my wonderfully frugal husband that yes, I—no, we!—needed a blender that cost roughly as much as a set of tires for the car. I began with casually mentioning this cool “new blender” that was out there and how it could basically crush rocks. Then, I started complaining a bit more loudly about our current blender. (For the record, I already cussed at it a lot.) I make green smoothies for me and my husband just about every morning, so I had ample opportunity to do this. Next, I began bringing up—usually while eating a big salad for dinner—how awesome raw food is for you and how you can eat SO MUCH MORE produce when you’re juicing/blending whole foods. But, you know, not with a little blender like ours. Like one of those other blenders.

Well, eventually, I got him as excited about the whole dang thing as I was. So much so that he ended up doing his own research, and concluded that, yes, the Vitamix was the way to go. (We could get a juicer, but then you have the pulp to do something with, which just seems like a hassle to us.) Before I knew it, we were striking a deal with ourselves to forgo our usual Christmas presents to help justify such a large purchase. And it is a large purchase. I almost had a panic attack when I pulled out my credit card for it.

After anxiously awaiting its arrival on our doorstep for 10 days, our Vitamix has become an essential part of our food preparation. I used it six times in the first 24 hours I had it—three smoothies, a massive round of mango daiquiris, fresh cranberry salad dressing and chocolate-banana-avocado pudding. In the two weeks I’ve had it thus far, we’ve probably used it two to three times a day, and holy goodness gracious it makes a joke of my previous blender.

I can now stuff it with more kale than my grocery store practically carries. Okay, that’s an exaggeration, but I stuff a lot of kale in there. 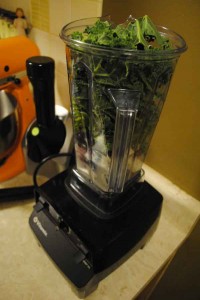 And I make one hell of a green smoothie. 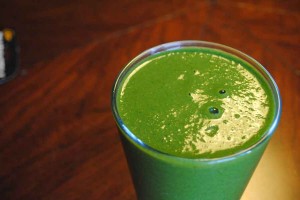 As I go about perfecting my green and kale smoothie recipes, I’ll be sure to share them here, but in the meantime just know that I’m trying it all—grapefruit, pears, carrots, celery, collard greens, almond butter, berries, ginger, liquor. Not everything tastes great together—but it’s still amazingly blended to a consistency that is so smooth it’s almost unfathomable that it was ever anything but a drink. Let alone a cruciferous vegetable.

I almost can’t believe I’m saying this, but, for me, the Vitamix was worth every single penny. Some people buy flatscreen TVs. Others buy high-fashion shoes and clothes. I apparently buy blenders. Or, more accurately, one blender (seven-year warranty, baby!).

Do you make kale smoothies or green smoothies? Have a Vitamix? Want to get one? Think they’re ridiculously expensive? Sound off in the comments! —Jenn