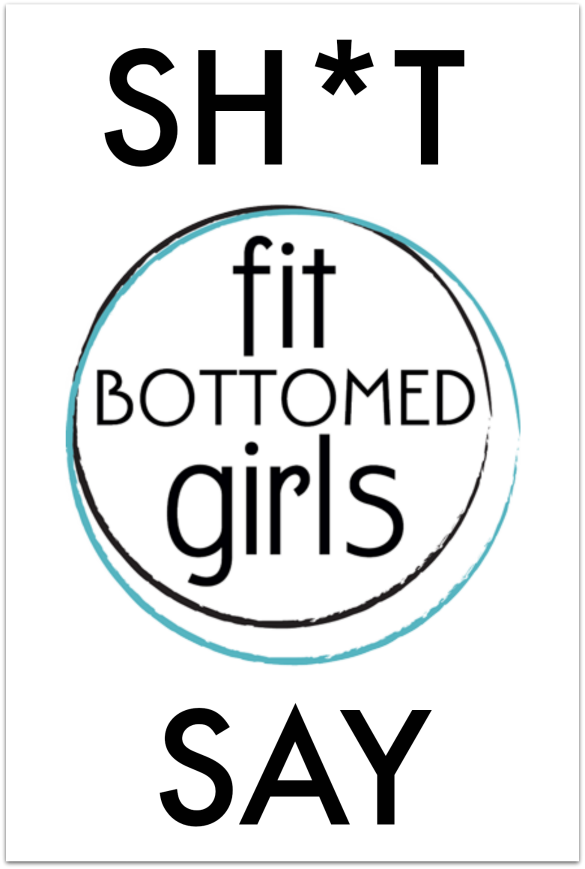 First there was Sh*t Girls Say… and since then, there’s been about a million other hilarious ones. Some about vegans, others about runners and even healthy living bloggers. And now, well, there’s a Sh*t Fit Bottomed Girls Say video.

FBG Kristen came up with the idea about a month ago to make fun of ourselves (we’re always down for that!) and put a new positive twist on the popular video format, and, well, hours of filming and editing later, we have the below piece of FBGness. Whether you’ve been reading the site for a few weeks or years, you’ll know that we really do say this stuff all the time. Hehe.

And as a quick note, this was filmed just weeks before Erin had her baby—and obviously her scenes were staged, so she wasn’t actually out running miles and miles. We’re all about active pregnancies over on Fit Bottomed Mamas, but—like all things—everything in moderation. Oh, goodness…we’re fulfilling our own stereotypes!

If you can’t laugh at yourself, who can you? A big thanks to FBG Kristen, FBG Erin, FBG Tish, Jacqueline Cain and Jared Seymour for the help on this special project! It was truly a group effort.

Tell us, what would you add to this video? What lines would be in your very own Sh*t Says video? —Jenn