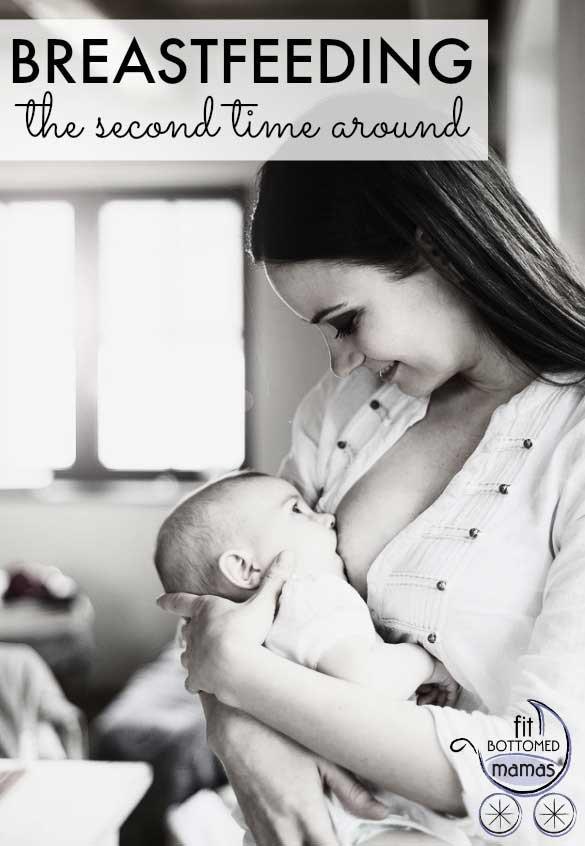 With over a year of breastfeeding experience under my belt, I feel like a seasoned pro. So when my son was born, out popped the boobs for round two with kiddo two.

As I’ve mentioned, my two pregnancies were polar opposites. So you’d think I would be used to my two kids being so different. But alas, I was still surprised at how they took to breastfeeding in totally different ways.

Both being preemies, they were sleepy eaters at first. But once my daughter would get going, she’d finish a meal. She’d nurse for 20 minutes or so on one side, burp, then switch over until she passed out satisfied. My son? Passed out even getting near my boobs. Half of feeding times were taken up simply trying to get him to wake up (the only time you can’t let a sleeping baby lie is in those first weeks with a premature infant who needs to eat!). When he would eat, he’d get overwhelmed by the flow of milk…and pass out. His meals were so short that I’d get engorged, and I was actually shocked that he gained weight at his first doctor’s appointment. Like, when on earth was he getting his calories?

Now, two weeks in, I’ve learned how he operates. He’s still a bit overwhelmed at those first gulps of milk, so we take a break for a burp. Then it’s back to the boob; the second time around, he’ll actually eat more than a small snack. Sometimes it takes a few burp sessions to get in his full meal. But he’s more efficient, and feeds are much quicker than with my daughter, which is great because I’m even busier now than I was before.

Another nursing difference? Position! My daughter would have nursed upside down. Owen? Picky man! For the first couple of weeks, the left breast had to be football hold or bust. One difference I’ll take though is that the second time around is so much less stressful. I trust my body more than ever to do what it has to do. Also? Knowing what a proper latch is prevented almost all of the soreness I had in the early weeks with my daughter.

So even in a  couple of short weeks, my kids have taught me a couple of valuable parenting lessons: 1) They may share parents, but they’re two totally different kiddos; and 2) If something’s not working, change it up until you figure it out.

Were your experiences breastfeeding similar? Did you feel like you were learning again with No. 2 (or 2+)? —Erin