We’re dedicating this entire week of posts to National Infertility Awareness Week, a nationwide campaign intended to educate the public about infertility and the concerns of the infertility community. Today’s post is written by Sara Dean, who bravely—and rather hilariously—shares her first-hand experience with infertility. 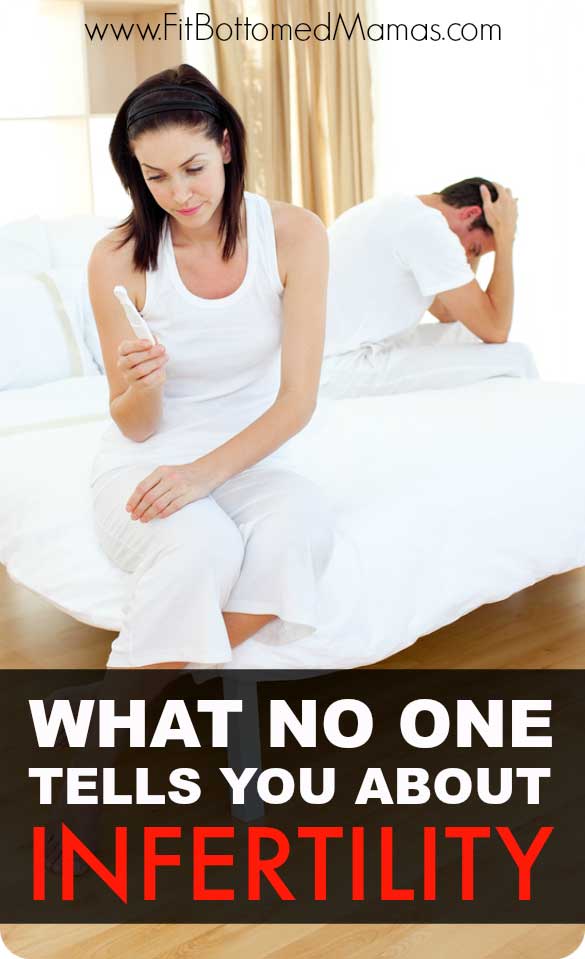 My husband and I found out after a year of trying to get pregnant that it would be impossible for us to get pregnant naturally. We were infertile. It was a big blow. About six months before learning this, I had taken much of my personal-training business online and morphed it into an awesome little online community called Fit Healthy Moms. To learn I may never be able to join my own club was rough. Really rough.

We spent 2011 figuring out exactly what was going on with our situation. We saw specialists, did tests, made major life decisions, spent a ton of money and crossed our fingers. And BOOM. We found out in January of 2012 that we had done something right. We got seven positive pregnancy tests in a row. What? It’s not normal to take seven tests in three days?

During our two-year infertility journey, there are a number of things that happened that I could have never imagined.  Such as…

4 Things No One Tells You About Infertility

1.  You may encounter stupid old men. We were sent to one of the top infertility specialists in Seattle, an Old Man, who spent about four minutes with us to give us a second opinion. After he reiterated everything the prior specialist had told us, he said we had one more option. Yes, another option—score! He turned to my husband and said, “We may learn a little more if we fillet your testicles.” Yes, he said that. FILLET. YOUR. TESTICLES. Thanks for the awesome bedside manner, Old Man.

Then he went on to tell us that infertility is a really private issue, and we should keep it to ourselves. Again, thanks Old Man. That didn’t make us feel even more lame at all. I vowed in that moment that this would not be our “special secret.”  We are not weirdos. This is not something to be ashamed of. We are just normal people who want a kid.

After four minutes and a $2,000 bill, I wanted to fillet Old Man’s testicles.