Dara Pierre-Louis has shared with us how donuts motivate her and how to work through workout setbacks. Today, she’s sharing how she gets her son involved in the kitchen—and a recipe for empanadas we hear are pretty tasty! 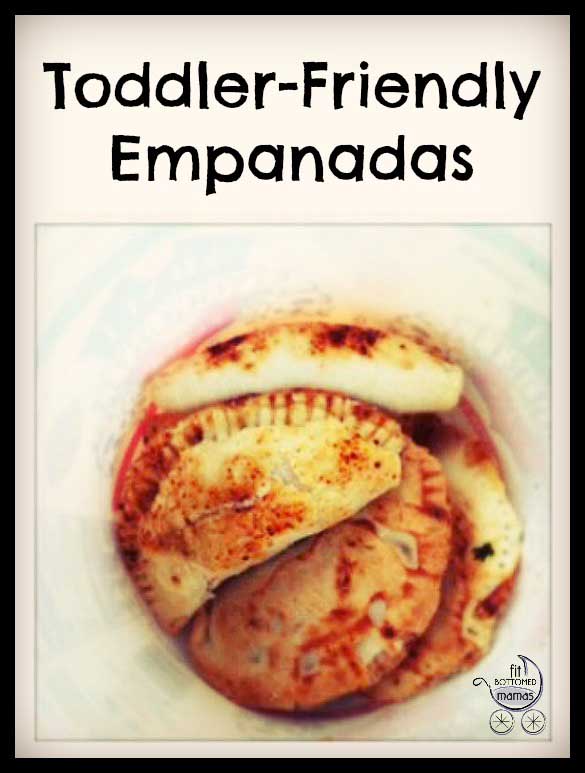 My son loves to be in the kitchen, and he loves to “help” me cook. It could be because I am a stay-at-home mom and spend most of my days in the kitchen or that his father, whom my son idolizes and emulates in every way, is a master of culinary cuisine. Either way, I am trying to stay positive as a parent and embrace my son’s interest in cooking and food. I also figure this is a good way to start cultivating healthy eating habits for him, showing him that food comes from plants and animals and not pre-packaged bags. So I have been expanding my dinner repertoire, looking for kid-friendly recipes; the type of things that I can prep during nap time and that he can help me assemble—all while avoiding his exposure to raw meats, sharp utensils and hot stoves.

My first success was with the below Chicken Empanadas recipe. Having a toddler in the kitchen takes a lot of pre-planning and prep work and does make more work for yourself, but it’s worth it to see their satisfaction in “helping” you.

For these empanadas, I seasoned and cooked up two chicken breasts the night before. The next morning, I shredded the chicken and had my son add the mayonnaise, cheese, cilantro and spices, and stir. He was thrilled and kept sampling the yummy filling!

During his nap, I prepped the crust. Now, if I was truly anti-pre-packaged I would’ve made some pie crust from scratch, but I’m going to pull the “pregnant card” and say I bought the pre-packaged refrigerator variety. I rolled it out into 12-inch circles and cut out 15 4-inch circles (I traced a large yogurt tub with a knife) and saved a little bit of dough for him to roll and cut himself. When he woke up, I let him roll out the last bit of dough and trace the last circle; he was over the moon to have a rolling pin in hand!

Then I laid out the other pre-cut circles, and we spooned in a tablespoon or two of filling into each one and folded it over. I pinched the edges together myself and then showed him how to use a fork to flute the edges. Let’s just say we had some interesting looking empanadas, but for each one he did, I could do four, so the “pretty” to, um, “creative” ratio was in my favor.  Then we beat an egg with a tablespoon of water, and I gave him a pastry brush showing him how to brush the egg wash over the crusts. Again, the delight in his face was enough to silence my inner Martha Stewart each time his heavy hand punctured an empanada crust.

His favorite part was sprinkling—or should I say dousing—each empanada with a healthy dose of chili powder. Then we arranged them on the pan and popped them in the oven for 30 minutes. Took them out, cooled them and ate them all up, being sure to share some with fellow FBG Tish of course!

Continue reading for the recipe…