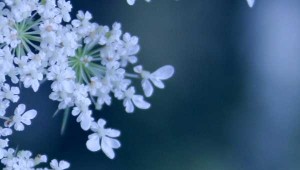 Dara Pierre-Louis has shared with us how she works through workout setbacks and how she tries to get her son involved in the kitchen. Today, she’s sharing her experience with a miscarriage. While graphic at times, her honest account will hopefully help women who are dealing with a miscarriage themselves.

I would’ve had a baby this month. This week to be exact. I can’t get that gnawing thought out of my head. I should be over it; I miscarried over six months ago. I should be happy that I am blessed enough to already be pregnant again and successfully into my second trimester this time. Yet I still can’t stop thinking about the baby that would have been.

While it is all well and good to know that you are not alone when you are going through the painful process, I sometimes wish we could prepare ourselves before it happens. It is somewhat similar to a C-section only in that we all hope and prepare for a natural childbirth and then all too often find ourselves going under the knife for an extensive surgery for which we have done little to nothing to educate ourselves about. In hindsight, I think it’s important to know a little about miscarriage, no matter what your family history.

My miscarriage was hard. It started with light spotting. I didn’t freak out too much as this had happened during my first pregnancy, and I went on to give birth to a strong, handsome boy. But I still called the doctor to go in. Earlier that day, I was on my daily walk with my son, and I had a thought that my womb felt empty. It was the strangest feeling and combined with the spotting, I wanted to get checked out.

My doctor was not available but the other doctor in the practice took me in right away, did a pelvic exam and noted that my cervix was slightly open. She told me this could be due to the fact that I have given birth before and not to worry. We then did an ultrasound. No heartbeat and she couldn’t really see a fetus; she just saw the gestational sac. But she again, told me not to worry. Let’s give it seven days and look again. She told me it could be a blighted ovum.

I took that phrase home and Googled. A blighted ovum is simply described as a pregnancy in which an embryo never develops. As I researched, I found many women’s stories—stories of women whose doctors encouraged a dilation and curettage (D&C), a procedure where they surgically remove the fetus, right away but the women resisted and a week later a heartbeat appeared. I was grateful my doctor had given me a week, but I kept on researching. Reading about miscarriage and learning a lot.

In my research, I discovered that there are many different ways you can miscarry. You can have a D&C. You can have a medically aided miscarriage where you take pills to increase the speed of your body ridding itself of the tissue. Or you can have a natural miscarriage and let nature run its course. I didn’t know there were so many choices. Many women choose to have D&Cs and this is very often a safe, fast and somewhat painless (physically) procedure, but I am not one to opt for any kind of procedure and fortunately (or unfortunately) in my research I learned about Asherman’s syndrome, a rare but possible complication from a D&C wherein your uterus can be scarred and you can become infertile. I took all of this information to bed and held onto the hope that my wee one’s heart was beating but just hiding from the ultrasound.

The next morning, I woke up and all hope was gone. There was so much blood and the emptiness was no longer a feeling but a truth. My baby was no more. I cried. I called the doctor and they told me to come in. I copped an attitude and asked “What for? So you can tell me what you should have told me yesterday or convince me to have an expensive procedure that could cause Asherman’s syndrome?” I still feel sorry for the receptionist. She told me that I should then come in a week and to go to the ER if I felt dizzy or nauseous from the blood loss.