Hey, hey, it’s Guest Bloggers’ Week, which means we’re bringing you some of the best and most inspiring posts from writers around the web! Click here to see all of the great guest posts that inspire, push us to get fitter, make us think in new ways and crack us the heck up! 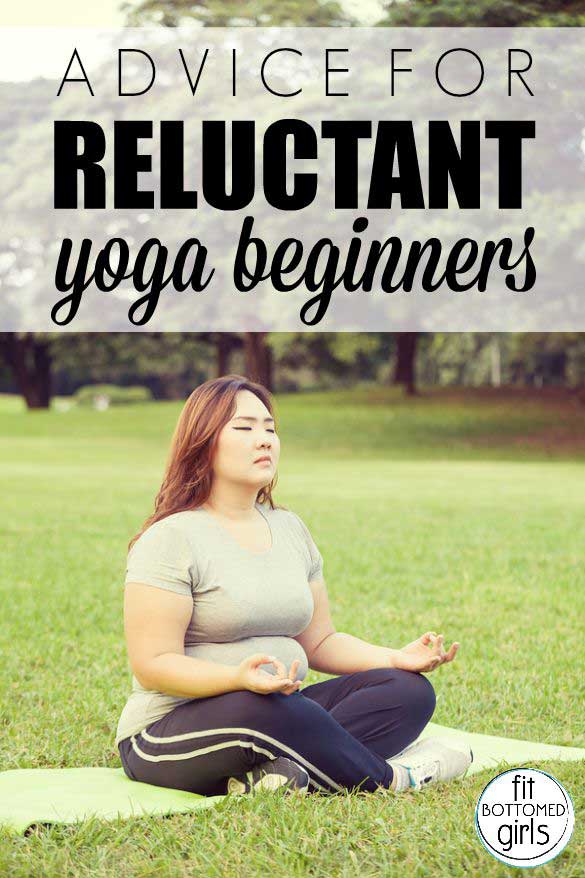 When non-yogis find out we’re in the yoga business, they immediately give us excuses as to why they’re not doing yoga. They also look guilty, or slightly ashamed while doing it, as if admitting that they watch a lot of reality TV or don’t recycle. Anecdotal evidence, but proof nonetheless that everyone knows that yoga is good for them and that they should be doing it. Yet, they’re not.

The excuses for not doing yoga usually run along these lines…

“Yoga is weird. And the people who do yoga are weird.” This article is not long enough to deal with the whys and wherefores of this topic. Suffice to say that yoga has its share of weirdos. As does bodybuilding. Or running. Or any activity. Plenty of normal people do yoga, too. In fact, 15 million Americans do yoga and are willing to admit to it in a survey. That means there’ll be more normal people than weird people in most* yoga classes. So, there’s nothing to worry about. If there’s a fight, the normals will win.

“Yoga isn’t exercise.” They make yoga outfits out of stretchy, sweat-wicking fabric. You know, the same stuff exercise clothing is made from. The physical side of yoga is exercise. That’s why it’s the physical side. If your yoga class doesn’t make you sweat, find one that does.

(*If you were born super flexible, you can do yoga to show off.)

As much as we enjoy the preceding excuses, there’s one excuse for not doing yoga that we hear more than any other and it’s this:

“I don’t have time to do yoga.” This is actually a valid excuse, especially in New York City where the rate of Proper Jobs per capita is high. There’s an idea, industriously circulated by Yoga World itself, that if a class ain’t 90 minutes long, it ain’t “real yoga.” We’ve one thing to say to that.

For most people, a 90-minute anything is a luxury. When you take into account commuting, getting to class early enough to get a spot, showering and getting dressed, a 90-minute yoga class is a two-and-a-half hour commitment of time—a real luxury.

If you can afford that kind of luxury regularly, good for you. If not, you ought to be doing yoga any way you can, regardless of what the Yoga Police deems “yoga.” The medical and scientific communities agree.

Dr. Dean Ornish, the first clinician to put forward the idea that you can treat serious disease with lifestyle changes and who has since proven that those changes—like doing yoga—can reverse disease, well, he says “bollocks,” too, only in a slightly more clinical manner.

We concur. And, before the Yoga-Is-My-Life brigade protests that yoga is so much more than just a few asanas, yes, it is, but most people need to take baby steps when they start something. Showing them just how big and bright your chakras are will only scare them. The world would be a better place if everyone did a little yoga. Bodies that suffer from lack of use tend to have aches and pains. Aches and pains just make people grumpy and no fun.

That’s how to do yoga. Any way that you can. (Including this easy way to get started.) —Susi Rajah

Susi Rajah is the co-founder of Dirty Yoga Co. Dirty Yoga is an online yoga practice for people who don’t have time to practice yoga. Susi is also the author of three books published in several countries and languages—including Czechoslovakian, of which she’s strangely proud. Her writing has appeared in magazines and newspapers around the world. In a former career she was an award-winning advertising art director. She likes martinis (dirty) and people who buy her New York real estate.