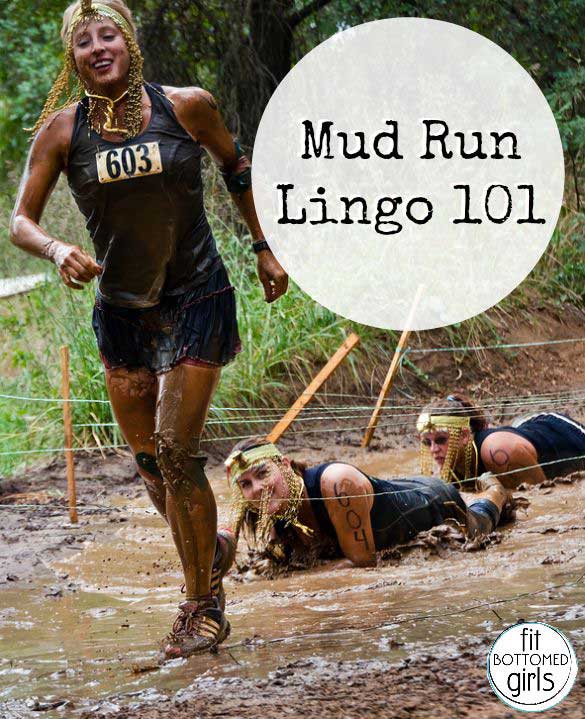 Getting ready to do a mud run? These races have gotten so darn popular as of late that not only do they have their own following, but they also have their own lingo. So when CustomInk, a custom t-shirt company, offered to share its Mud Run glossary with us, we had to pass it on to ya’ll. If you’re planning on doing a mud run soon, read on to brush up on your lingo! Because these “dirty words” are super fun…

The Glossary of Mud Run Lingo

Bale Out: When you run and leap to secure footing on the hay bales, only to realize you didn’t get enough momentum and have to try again.

Bake n’ Cake: Standing in the sun until the mud that covers you becomes a dirty crust.

Barbie-Queue: The line that forms at the barbed wire obstacle while people observe others and figure out their strategy.

Belly Slop: When you wrongly assume a mud obstacle is slick enough that you can slide on your stomach, and instead plant yourself stomach-first in the muck. 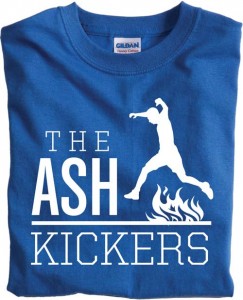 Birthday Suitors: Those men who choose to complete mud races in various stages of undress, or in Speedos.

The Electric Slide: The maneuver you use to avoid live electrical wires in particularly challenging mud races.

Fon-dudes: Men so totally covered in mud they look like they were dipped in a chocolate fountain.

The Freshwater 15: The weight that your clothes and shoes gain after going through the first water obstacle.

Kicking Ash: Clearing the fire hazard in one glorious leap.

Lemming: To jump off of a tall obstacle, mindlessly following those in front of you without regard for your personal safety.

Mud Suds: The well-earned beer you down after crossing the finish line.

Official Debriefing: The recounting of your race tales while disrobing; usually held in a parking lot.

Slip Slops: What any pair of previously functional shoes becomes after you’ve completed the race.

Souv-in-ear: The keepsake dirt you find in your ear three days after the race.

Stick in the Mud: What you become as a result of a Belly Slop.

Sting Operation: When you’re finally able to shower and feel every one of the previously unknown cuts and scrapes.

Tire-Ran-Ass-Sore-Us: The creature you become after successfully navigating dozens of tires.

Woodstocks: Generic term for the farms, fields and other hinterlands that host mud race events.

What mud-run lingo would you add to this list? And what was your favorite term? We’re partial to Tire-Ran-Ass-Sore-Us, mostly because “ass” is involved and we’re suckers for anything “asauras” related. —Jenn