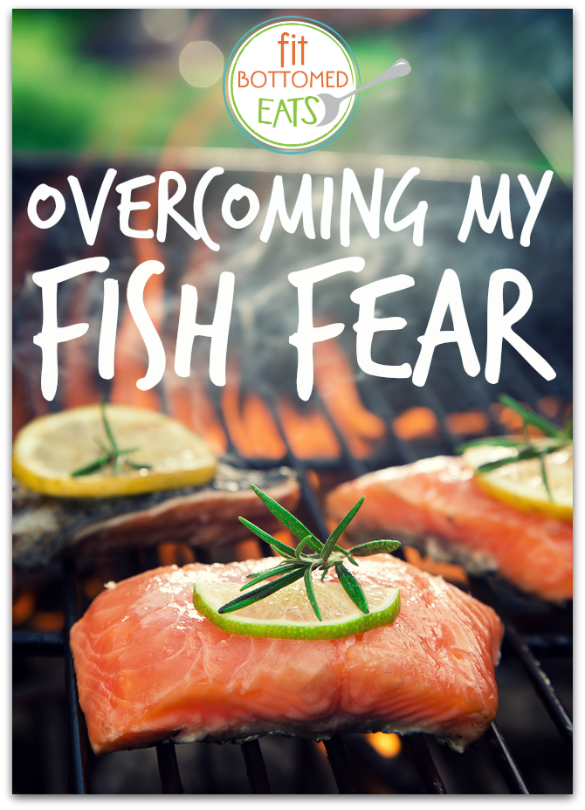 My name is Erin, and I’m afraid of fish. Hi, Erin!
I’ve always been afraid of fish. If I’m in a lake, I’m afraid of being touched by one. If I’m in the ocean, I’m afraid of being eaten by one. If I’m in my kitchen, I’m afraid to cook one.  But, weirdly, I’m not afraid to eat them. So when Alaska Seafood sent me a box of fish on ice, I was pretty pumped to be forced to get cooking with fish. Although I’ll admit that I gulped in intimidation when I opened the package.
A couple of factors play into my fish fear. First of all, I’m from Kansas. Land-locked land of the beef. Secondly, my husband is super picky about fish, and I got discouraged when he gagged on a perfectly fine piece of halibut early on in our marriage; I just gave up. But just like when I try cooking with anything for the first time—quinoa, kale—I always kick myself later for putting it off so long. And I kicked myself for not cooking with seafood more because I discovered how easy it was. (I also kicked myself for not cooking all of it as soon as I got it because we lost some of it when we lost power during Superstorm Sandy.)
I did get a couple of nights of salmon experience under my belt though. I let the wild Alaskan salmon thaw, and I’ll just say that it was a beautiful piece of fish—so fresh and bright pink. I cut the skin off (see: picky, gaggy husband) and rubbed it down with a spicy rub that we hoped would be reminiscent of a meal we’ve had out. It was super yummy, but our first version of the rub was way too salty. The next time we tweaked the recipe and it was to die for. We added a little dab of goat cheese on top, and it toned down the spice a bit. Just yummy.
So after seeing how easy it was, I’m a seafood-cooking convert. You just never know how simple something is until you try! And the Alaska Seafood folks tipped me off to an awesome site, Cook It Frozen, which is great for learning how to cook seafood right from the freezer—perfect if you forget to pull the fish out to thaw.
Do you fear the fish? Have you overcome a similar cooking fear? Do tell. —Erin