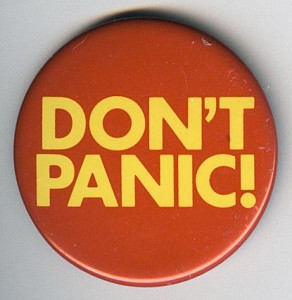 I’ve mentioned before that I’m a serious planner. I like knowing what’s on my schedule tomorrow, next week and a month from then, if possible. I get a thrill out of making spreadsheets for my vacations. It might make me a geek, but at least I’m a well-prepared geek.

This turns out to be a good thing when it comes to training for a race that’s considerably longer than anything you’ve ever done before. I’ve signed up for the Leadman Tri Marquee Epic 125, taking place in Tempe, Ariz., April 14.

So, yeah, this race is a big deal for me. The swim is 2.5 km, which I’m cool with. I could get in the water tomorrow and be fine with that distance. The run actually isn’t too scary—just a nice little 11-km run with a little trail. It’s not too different than a lot of the training runs I have under my belt. But the bike—oooh, the bike—that’s a little scarier at 111.5 km. That’s about 70 miles.

The longest ride I have under my belt is 40 miles. That’s barely over half. And it wasn’t, like, easy. How on earth am I going to manage 70 miles, and then run?

I’ve been getting in a lot of solid training. I’m even going out on the road with my bike, all by myself and everything, which in itself is inciting some nerves. I actually had to talk to myself, out loud, as I crossed a bridge over the expressway with a nasty wind pushing me sideways.

“Don’t panic. Just keep pedaling. Don’t freak out,” I told myself, over and over, until I reached the other side. I know how to pedal; I know how to hold my bike straight. It seems silly that, in order to do that for a short stretch, I had to concentrate on the ground right in front of my wheel rather than the end of the bridge, but that’s what it took. It took less than a minute for me to cross that bridge, but the lesson was much bigger and seemed pretty damn fitting, given the way I look at race day vs. training.

I can look at next week’s training schedule and see two or three swims, two short one long run, two short bike rides and a long one, along with some yoga and strength work. I know that this will be worked in along with the physical and massage therapy I’m doing for my TMJ, as well as, you know, work every day. And none of this scares me. I like seeing it laid out, step by step. I know that I just need to get through each item, cross it off and get ready for whatever’s next.

But I can’t do that with the race itself. Not yet, anyway. I know that, come race day, I will set my goals for each discipline and work to meet those without letting concerns about the next part get in the way. But right now, I just see a big ol’ race, and it’s right around the corner, and I have SO MUCH TO DO BEFORE THEN. I just have to keep reminding myself, “Don’t panic.” It’ll all work out.

That’s the beauty of having a training plan you trust, regardless of whether it’s for a race or something else entirely. Good things happen when you trust your training. What kind of mantras do you rely on to keep fear or nerves at bay? —Kristen