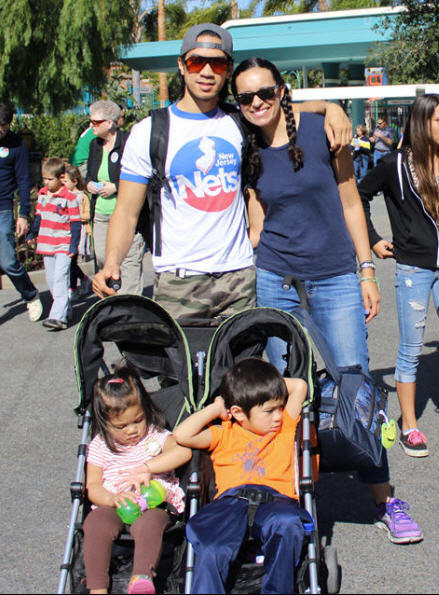 We were smart to wear sneakers!

I love the unexpected workout. This past weekend my fiance’s twin brother and his wife and children came to visit us in Los Angeles. We decided to do as many kid-friendly activities as we could possibly muster—which meant heading out to Disneyland.

I don’t know if it’s just me getting older, but going to an amusement park is a workout! The walking and standing…OH GOD, THE STANDING! We covered both California Adventure and Disneyland, which meant double the activity. There was lots of carrying of children (which totally counts as strength training!), running, skipping and hopping, and even dancing when the Disney parade would come through. I swear, on the way home I crashed so hard, and the moment I got into my bed it’s like the angels sighed and tucked heavenly clouds of comfort underneath me. My feet and knees were singing with relief.

The Disney trip proved that workouts don’t have to be long, boring, structured and gym-centered. Even the strongest of strong have to admit that walking from 10 a.m. in the morning until 7 p.m. at night is pretty darn fit-gangster. Just another reason Disney is the happiest place on Earth…with all those endorphins floating around, who wouldn’t squeal with happiness?!

I’d be interested to know what a day at Disneyland like looks like on a Fitbit or other fitness-tracking device. Anyone ever test it out? If not, that would be a snazzy experiment to try and report back here! —Tish