We all know that sugar isn’t that great for us. Okay, too much sugar is darn terrible. So, organic, natural low-calorie sweeteners? Well, those are pretty rad in moderation. Which is exactly how we decided to try the new Liquid Stevia Sweet Drops and SugarLeaf goodies that SweetLeaf recently sent us.
First up, Sweet Drops. These come in a bunch of different flavors like Lemon Drop, Valencia Orange, Berry, Chocolate Raspberry, English Toffee, Vanilla Crème—but I tried Chocolate and Coconut. You know, because I’m obsessed with those things. 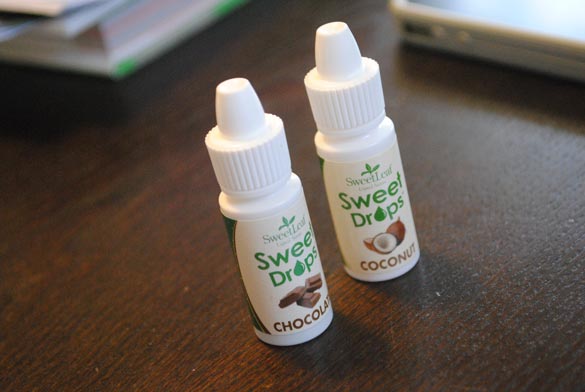 You can use the organic SweetLeaf Liquid Stevia Sweet Drops in anything from yogurt to oatmeal and sauces to smoothies for sweet, sugar-free and natural flavor, but I added a drop of each to this—another one of my favorite things in life… 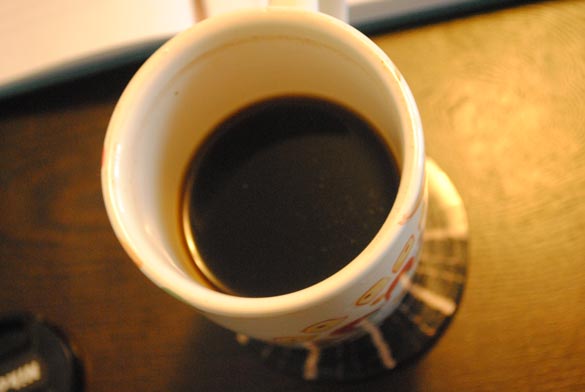 The result? A drop of each gave my coffee a slight hint of coconut and chocolate with a touch of sweetness. So I did another drop, and it intensified, but with that itty bitty aftertaste Stevia can impart on the ol’ tastebuds. If you’re not a fan of that aftertaste, you probably won’t like these. But if you don’t mind it, then pony up! With an average of 288 servings per two-ounce bottle, a little of this stuff goes a long way for about $15. And I have to imagine they’d be fun in cocktails…
Next up, it was time to get my SugarLeaf on. I’ve been dying to make grapefruit brulee at home (had it at this place, which I will be sharing my full brunch eats from soon!), and trying SugarLeaf seemed like a perfect reason to finally do it. SugarLeaf is an all-natural low-calorie sweetener that’s designed for baking and cooking, and is made by bonding SweetLeaf Stevia and raw cane sugar together. 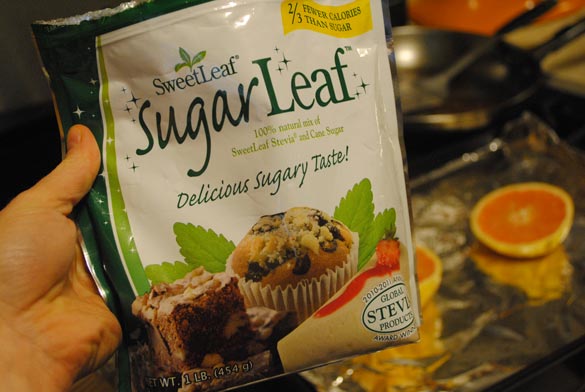 SugarLeaf is supposed to have the browning and bulking qualities of sugar—but with two-thirds fewer calories and carbohydrates than sugar. Be aware that it’s also three times as sweet, meaning you need far less of it than typical sugar.
So to get my grapefruit brulee going, I first turned the broiler on, then I lined a baking sheet with aluminum foil. Next, I prepped the grapefruit. Simple as can be, you cut a grapefruit in half. 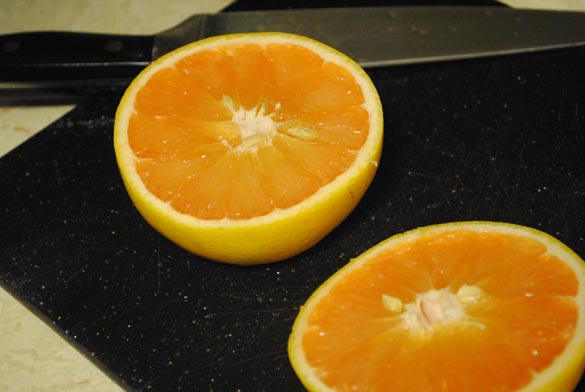 Then you flatten out the uncut side a bit so that it can rest flat on the baking sheet. 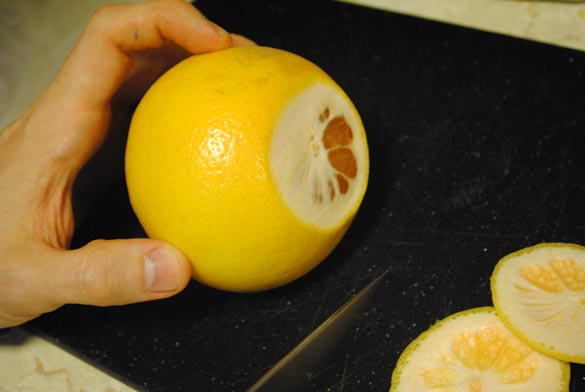 Place on your sheet, sprinkle with your fave sugar and pop in the oven. For this grapefruit brulee, I decided to do one with regular natural sugar and the other with the SugarLeaf (SugarLeaf on the right). Comparison bake-off, what what! 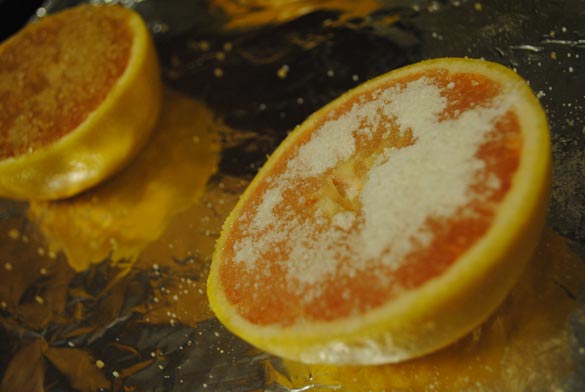 After about 10 minutes, we began watching them very, very closely. No burning of my grapefruit brulee! 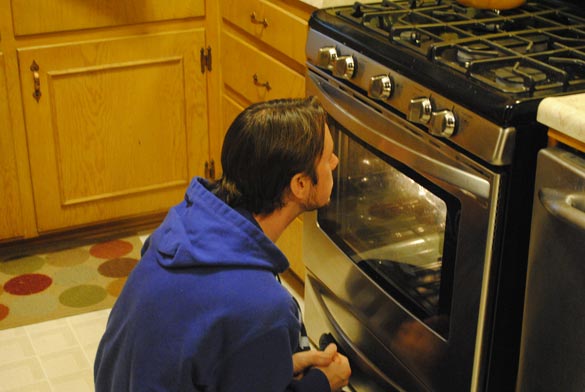 And the results were pretty dang delicious. While the natural sugar did get more brown and caramel-y, the SugarLeaf grapefruit brulee was still nice and warm and sweet. Like the Sweet Drops, it had that slight aftertaste, but it was pretty minor. My husband and I really only favored the natural-sugar version by just a little bit. 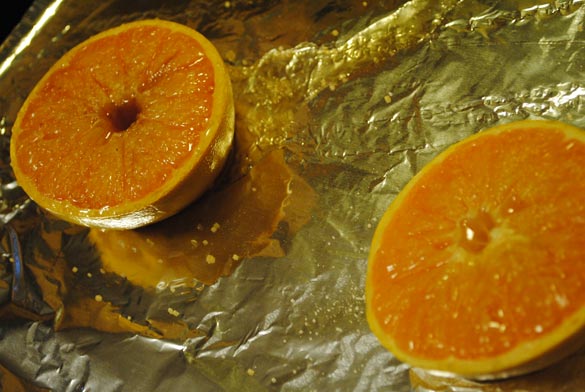 I’m still curious to try the blend when baking something more traditional like cookies or banana bread, but based on this sweet and juicy result, I’m sure there’s much more grapefruit brulee with SugarLeaf in my future. At about $6 for a 16-ounce bag, if you’re looking for a stevia-sugar blend, it’s worth trying. 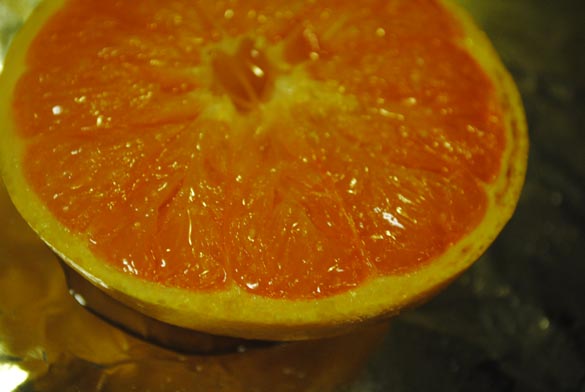 Have you ever used a mix of sugar and sugar alternative? Ever tried Stevia? Tried SweetLeaf? Love grapefruit brulee as much as I do? —Jenn