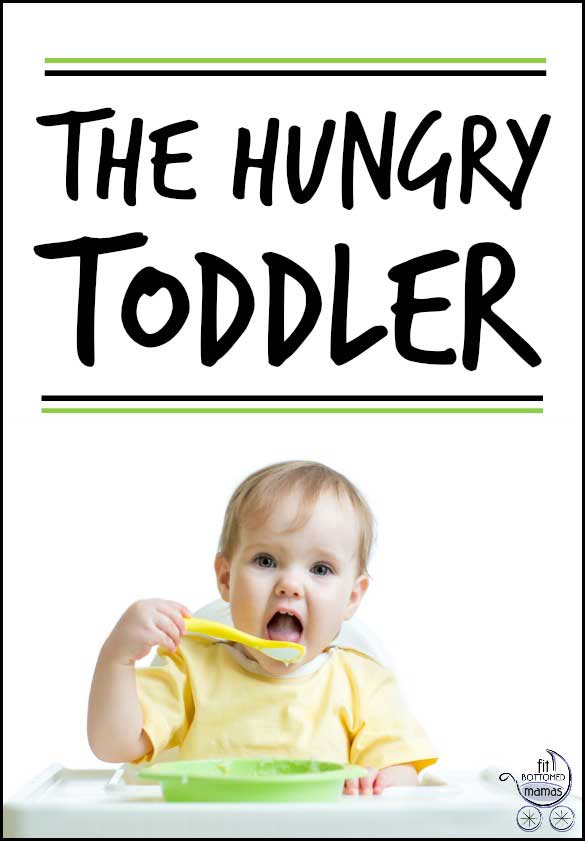 My daughter, now 32 months, has always had an insatiable appetite. When she was an infant, she nursed around the clock, and she had Michelin-Man rolls up and down her arms. She was always in the 95+ percentile for weight. After that first week in the NICU, I certainly never had to worry about her gaining and growing.

But when her appetite didn’t slow when she hit 18 months, I started to grow concerned. She was perpetually hungry, president of the Clean Plate Club. When I’d feed her a meal, she always asked for more—even when she’d had a portion that would have had an adult feeling full. She finished everything every single time, and I started to worry she didn’t have an off switch. She’d even swipe food from her friends at snack time and had a hard time understanding why they’d walk away from an unfinished snack.

Each time we were at the doctor, I’d ask if I should be concerned. I wasn’t worried about her weight (babies on diets are bananas); I was more concerned that she wasn’t registering fullness. But because she always stayed in her “weight class” and her percentile range, the doctor wasn’t worried. She told me that I just had to cut her off when I felt she’d truly had enough, so that’s what I did. When the food obsession continued, the doctor added a thyroid test to the standard blood work at her 2-year well baby visit. It came back normal, so again, the doctor wasn’t concerned.

I always went by the rule that the parent decides what, when and where we eat, and the child decides whether and how much. But she’d never say she was full; at each meal, she’d ask for more. And keep asking until I’d finally cut her off. And people would say, “But she’s eating carrots! She’s eating healthy things!” And I’d be like, “You do not understand. She would eat for hours if I let her.” People would say that perhaps it was a growth spurt. Again, you don’t spurt every single day for two years straight. So it continued…and continued to stress me out.


In doing some research on the insatiable toddler, I came across an article responding to a parent’s question about a kid obsessed with food. The response was that when a child feels like they might not get enough food, it creates the mindset of scarcity, and can turn into a bit of an obsession with food. At times, I was pretty convinced it was simply a toddler power struggle, but this obsession part sounded like us, so I decided to follow the article’s advice. If she was still hungry, I’d offer more food. So after she finished her meal one night, she was still hungry. So I gave her more carrots. And more carrots. And more carrots. And she kept saying she wanted more. I was pretty sure she was going to turn orange. But I kept at it. I was going to let her control when she was done if it killed me. So we sat at the dinner table for AN HOUR while she ate carrots.

The next day, we did the experiment again. This time, Carrot Time was significantly shorter. After a couple of days, it seemed like she learned that if she was truly hungry, we would always be there to offer her more food. She still cleaned her plate each and every meal. She never pushed food away, but there didn’t seem to be quite the power struggle we had before. And most times, one or two carrots (or a couple of extra bites) was all she ever wanted at the end of a meal.

Then we all got sick. And little Miss Eat Everything lost her appetite for an entire week. And whether it was the fact that she simply realized she didn’t have to eat or whether she just outgrew the phase at that moment, she is a completely different kiddo now when it comes to food. She’s consistently leaving food on her plate. She seems to obsess less. She seems to be registering fullness. And she’s certainly pickier about what she eats.

I honestly thought the day would never come. I’m glad she’s figured out how to listen to her hunger simply because I know now that she does have an off switch. Now, of course, it’s slightly maddening when she refuses the carrots she once ate until she was orange in the face or when she acts like her broccoli has offended her. She’d still sit at the dinner table for hours if we’d let her, but now if she’s just picking at her food, I’ll leave the room, and she always decide to move onto something more interesting.

It just goes to show you that the job of kids is to keep you on your toes. That the idea you always hear about of the “picky eater” may not be at all the hand you’re actually dealt. That they can change their minds with the tides. That you really know nothing and that they are in charge. That they’re becoming little people who want to make their own decisions.

Do you have a toddler with an insatiable appetite? Has it driven you to the brink of madness? —Erin