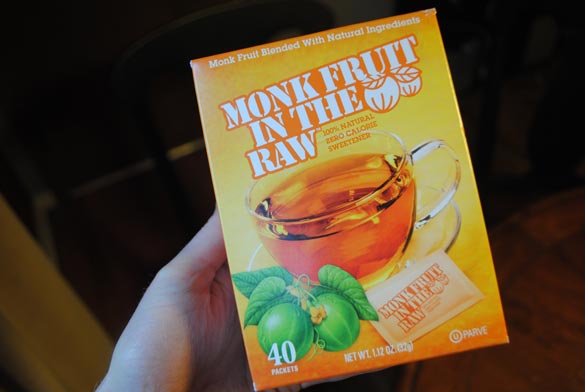 Back before FBE was around, I did a little taste-test of Nectresse over on FBG. I’d heard a lot about the low-calorie natural sweetener monk fruit (mostly from this) and was excited to try it. Sure, I don’t mind using real organic sugar—especially in place of artificial sweeteners—but the idea of having a low or no-calorie option for sweetness is nice. Some might say “sweet,” in fact.
Har. Har.
Anyways, while Nectresse tasted pretty good, it did include more than just monk fruit; erythritol, sugar and molasses to be exact. But Monk Fruit in the Raw? Just monk fruit extract (aka luo han guo) and dextrose. And I’ve learned that when it comes to healthy eating, the simpler the ingredient list, the better. Always. With less than three calories per packet (which equates to the sweetness of 2 teaspoons of table sugar), this stuff has larger granules that dissolve well and have just a hint of a bitter aftertaste. (Much less bitter and more pleasant than stevia, in my opinion.) 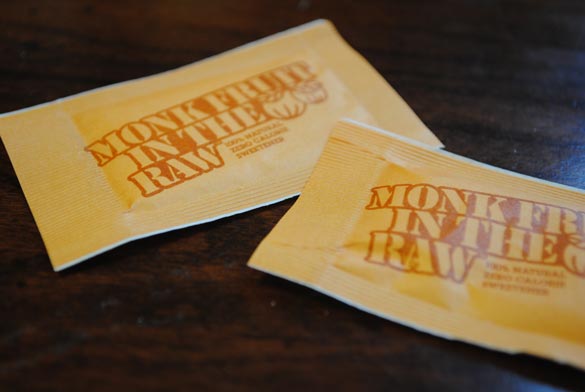 While I didn’t do any baking with Monk Fruit in the Raw (lots of tips on how to do that best here!), I did love it in my drinks. From coffee to iced tea to smoothies, a packet really works well. I recently made a green smoothie with unsweetened whey protein powder (review on that to come tomorrow!) and two packets later, it was palatable. Bottoms up! 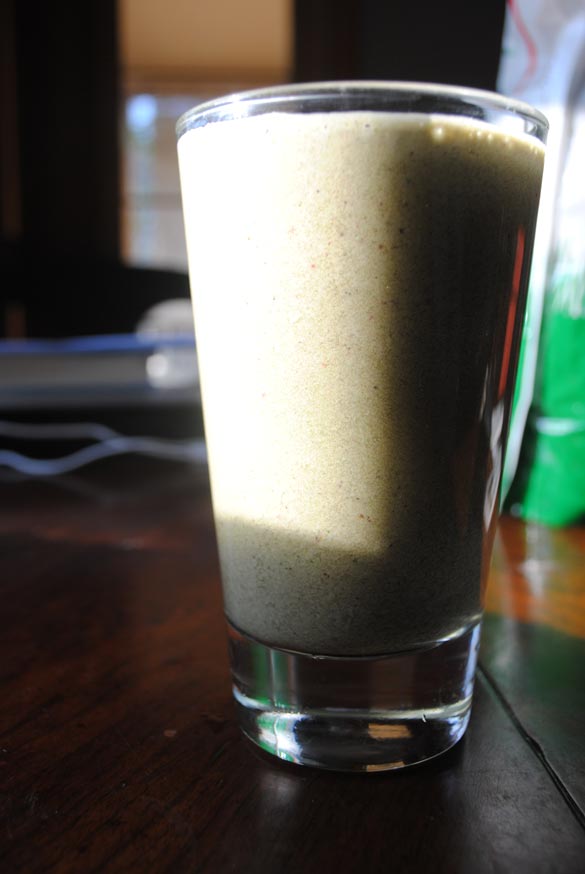 But how does it compare taste-wise to Nectresse? Well, you know I had to do a little mini Food Fight… 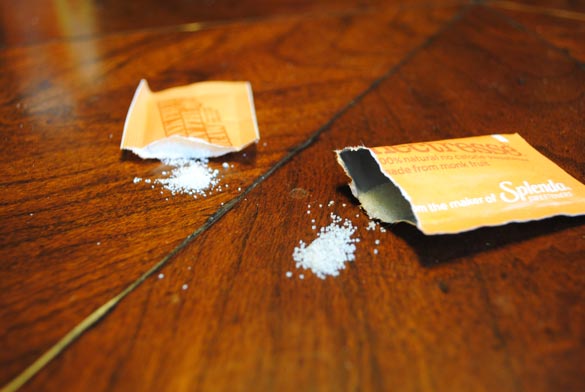