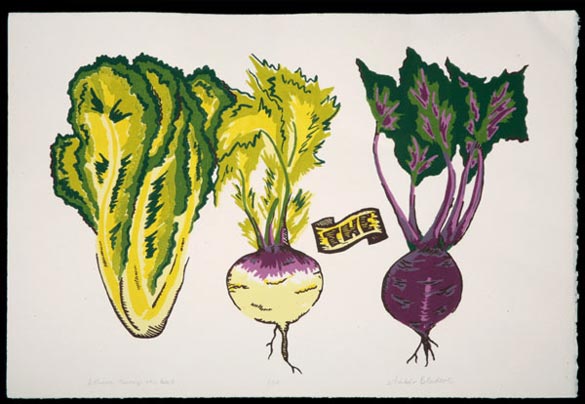 If you find this funny, we could probably be good friends. Credit: printingfool

Beets are one of those foods that I didn’t love as a kid yet I can’t stop eating now. In fact, I adore them so much now that I have spent many meals sitting there wishing that I hadn’t missed out on so many years of beet eating. What was I thinking?! Beets are awesome. And I probably have one or two at least five days a week, which is kind of like a full-out serious and committed relationship.
I know, I know. Beets are one of those foods that divide friends, family and co-workers across the land. I can just hear it now: OMG, I love beets! Or: EWWWWW! Beets are gross! And I’ve thought both things before, being on both sides of the beet-loving/fearing fence. But, really, beets are awesome.
All growing up, these bright-red (almost blood-like, sick!) veggie roots grossed me out. They tasted like dirt. Bright red, bleeding dirt. I picked them out of salads and avoided them like the plague all throughout college. Once in grad school, I tried them a couple more times. Nope, still dirt. And so a few more sad beet-free years went by.
That was until I had Golden Beets in a salad here. Milder and sweeter, they tasted a bit like dirt—but in a good way. This Gateway Beet (henceforth Golden Beets’ new name) opened my world to beets in a whole new way. The Gateway Beet was delicious with a little goat cheese and a few sliced dates, and I soon began craving it like a mo-fo.
A few weeks later, I decided to try the big red beets again. And while they still tasted of dirt, I liked it. Really. So much so that I began putting it (the beets, not dirt) in my salads—and everywhere else. Nothing was safe: smoothies, appetizers, steamed and sliced with a little parsley and feta, on pizza, in cocktails. I put beets in all the things!
And I still do. And it’s glorious. So my advice to you: If you haven’t given the beet a chance since childhood or you have and you still don’t like it, give it another go with the Golden Beet. It just might be your gateway to a beet-loving good time, too.
My relationship with beets has gone from non-beet to full-on beet, but what about you? Do you dig the beets as I do? Or prefer not to dig them up at all? —Jenn
New Fitness
New Mamas
New Eats
New Zen
Free Email Course
Take the FREE 5-Day FBG Reset Email Course