Candy. It’s not the healthiest thing around. Okay, so we can’t really call it “healthy” at all. But it is delicious. And following our all-good-things-in-moderation mission, it’s certainly something that a healthy diet can include every now and again. Especially if you can find sweet treats that are less processed and more natural. Treats like UNREAL candy, which have no GMOs, no preservatives, no hydrogenated oils, no corn syrup and no artificial ingredients. Meaning, the stuff also has no fake sugars, freaky unnatural food dyes or corn of any kind. They’re also made with less sugar than the name brands, while providing the same kind of sweet treat flavor-flav you’d expect from M&M’s, Snickers, Milky Way and Reese’s Peanut Butter Cups.
Oh, and one of the company’s biggest supporters and “official trainer?” Our beloved Jillian. Below, she schools the Easter Bunny for all of those processed treats he’s been handing out. Bad bunny. 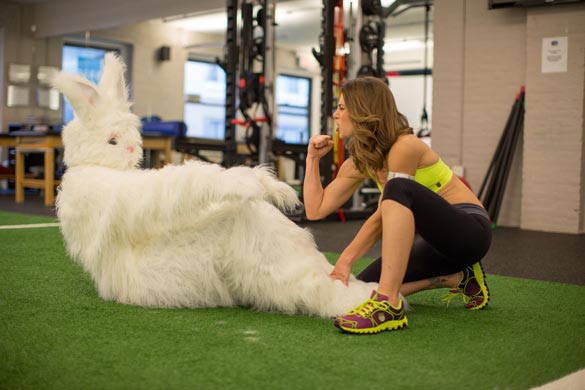 But like anything, there’s no point in splurging if it doesn’t taste really, really good. (Sorry, Jill!) It’s like bacon: I’d honestly rather have one really good slice of real bacon rather than five bland slices of turkey bacon. For me, it’s all about quality—not quantity. So in order for me to eat candy of any kind, it damn well better taste good. And, so, I selflessly taste-tested each of these. For you. Oh, the things I’ll do for you, dear readers.
(Have I told you lately that I love you?)
First up, UN 41—UNREAL’s answer to chocolate M&M’s. Because they’re colored with beetroot juice, turmeric root extract and purple cabbable juice, the colors look a little different—but I am so okay with that. (And kind of, okay a lot, jazzed about the beetroot!) And these taste good! Sweet but not overly sweet, they’re a little bigger than an M&M, and maybe a little bit chalkier, but they’re good. For sure. 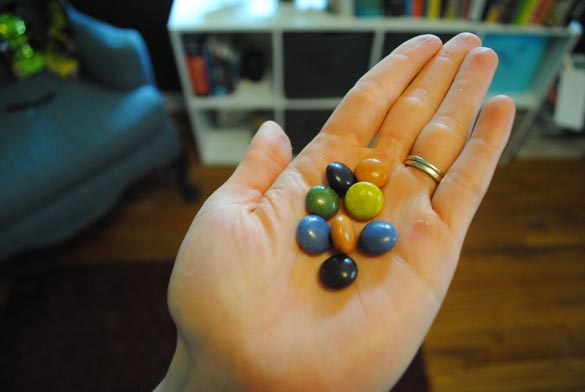 Next, UN 54, aka Peanut M&M’s. Maybe it’s because the Easter Bunny is still on my brain, but these seemed like little Easter Eggs. Large tasty ones that are filled with peanuts and chocolate. Again, these weren’t quite as good as the “real” thing, but they’re definitely crave-able. Love how they’re all slightly different shaped, too. 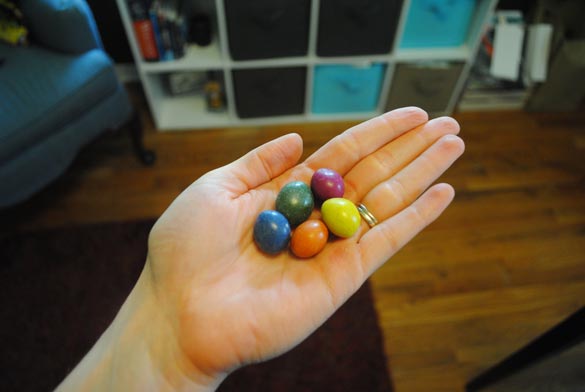 Then it was time to try UN 5, the Chocolate Caramel Nougat Bar. Dear Lord, this one was probably my second favorite (and I get ANGRY at my No. 1 pick here in a bit, so second favorite is saying a lot). I love Milk Way candy bars, so the fact that this one is more natural, has a smaller and more appropriate portion size, and has less sugar and calories and more fiber and protein? UM, hells to the yes. And as far as taste goes, I might actually prefer this one to a Milky Way. Really! So, yeah. It’s awesome. 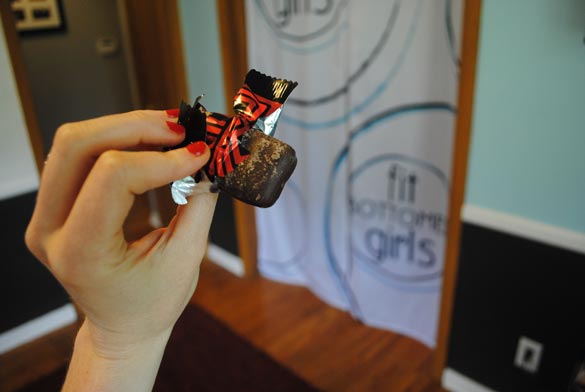 After that, I had to try UN 8, the competitor to Snickers. It’s dang similar to the UN 5, but just a touch not as awesome in my opinion. (Granted, if you like Snickers over Milky Way, you may feel differently.) 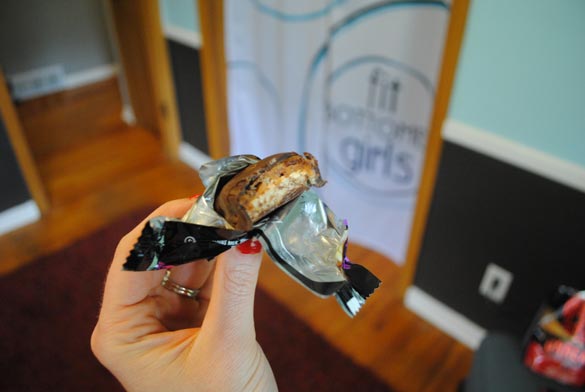 And last but not least—in fact, consider this your UNREAL finale—the UN 77, or what I like to call, SHUT-THE-EFF-UP. (Told you it’s so good that I got angry about it.) These taste just as good as regular Reese’s Peanut Butter Cups, if not better. They’re chocolaty, savory, a little salty and so fabulously peanut-buttery. I’m in love with them. Can I buy stock in this company? I totally should. And you can’t beat these nutritionals for candy. 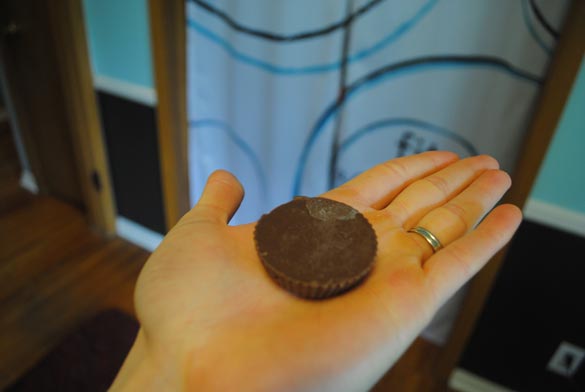 So, yeah, I’m a fan of UNREAL candy! I won’t be eating a ton of it because it’s still a sometimes food, but when I do crave chocolate candy, I’m having some UNREAL. Sure, it’s definitely more pricey than the normal stuff, but in regards to ingredients, taste and quality, it’s sooo worth it to me!
When you splurge, how closely do you look at the ingredients? Would you pay a little more for a less-processed treat? —Jenn