Unless you’ve been living in a cave, you’ve heard a lot of talk lately about gluten-free foods; and if you’ve recently jumped on the bandwagon, you might be finding out that wheat can be difficult to avoid, especially in some of your favorite snack foods. Of course, new gluten-free products are popping up daily, but they can be expensive and sometimes more processed then their gluten-filled counterparts.
If you have been searching for that elusive gluten-free snack that satisfies the need for some salty (or even sweet) munching, look no further. Popcorn is inexpensive, super high in fiber and, according to a recent study by Scranton University, contains more antioxidants than all the fruits and vegetables most people consume in a typical day. Popcorn is whole-grain and about as natural as it gets. It’s also low in fat, low on the glycemic index scale (meaning it makes you feel full longer), and contains a whole slew of vitamins and minerals.
Now, this doesn’t mean that you can run to your kitchen and microwave one of those pre-packaged, chemically saturated varieties. Buy a bag of organic kernels, like Newman’s Own, forego the melted butter and get creative with the toppings. Toss air-popped corn with nutritional yeast for a cheese-like flavor, or go gourmet with a splash of truffle oil and a sprinkle of finely grated Parmesan. Get crazy with curry, chili or even cayenne pepper without adding extra calories.
The stove-top method actually requires less oil than you would think. Just one tablespoon of oil per half cup of kernels will yield you approximately four quarts of light and fluffy puffs. Experiment with olive oil for a unique taste, or try coconut oil for that traditional movie-theater flavor. If you only have access to a microwave, mix a half-cup of popcorn with a single teaspoon of oil and place in a brown paper lunch bag. Roll down the end a couple of times, place the bag upright in the microwave and cook for two to three minutes, until the kernels are slow to pop.
If the hankering for popcorn hits you when you are camping or if you just want to try something new, check out this fun recipe for popcorn on the grill! 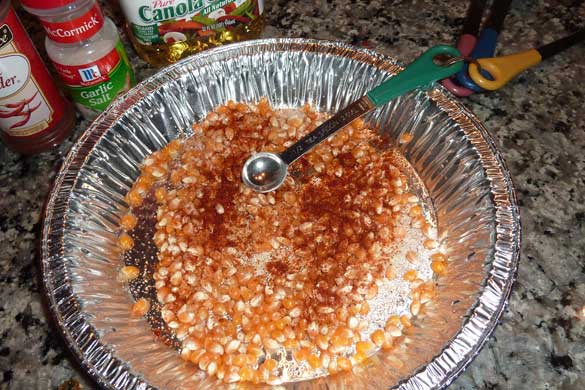 Cut off two 12 x 18 inch pieces of foil and crimp each piece to one side of the pan and fold together the top, creating a dome shape for the hot air and popcorn to expand. 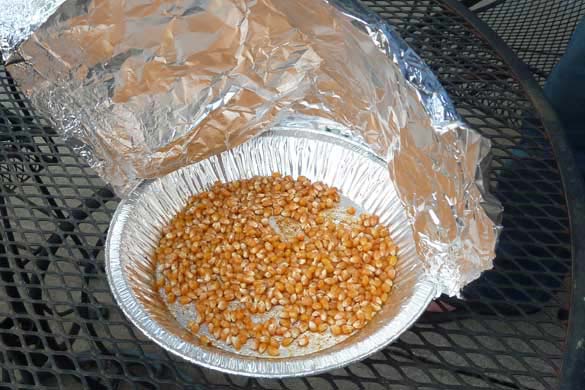 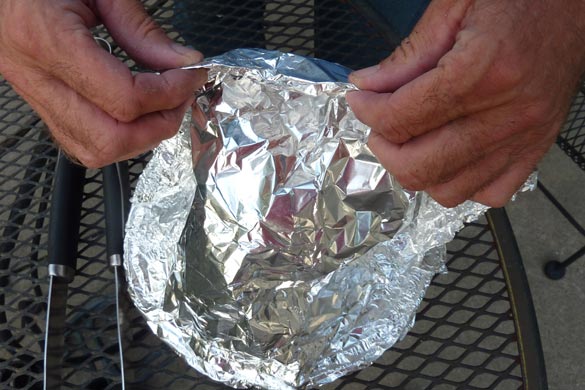 Place on a medium-hot grill. Using tongs, grasp the pie tin and lightly shake every so often as the popcorn starts to pop. The whole process will take about eight minutes. Once the kernels cease to pop, carefully open the foil and enjoy! 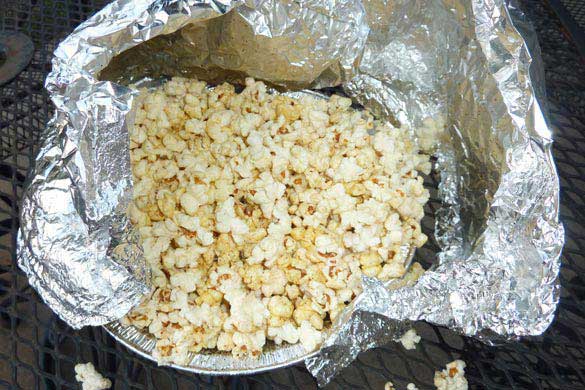 What is your favorite popcorn topping? —Karen