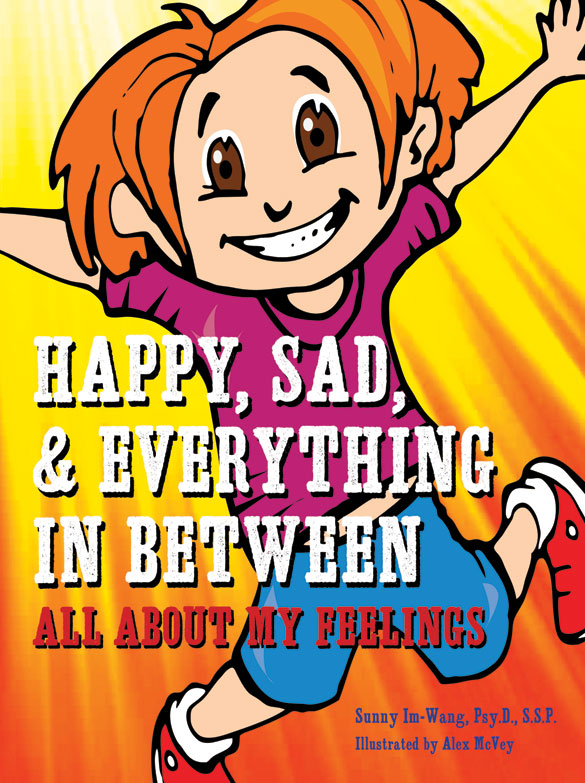 Happy, sad and sometimes both at the same time!

Life with kids sometimes makes you want to laugh and cry at the same time. But you can’t do that. Because someone in the house has to be in control of their emotions.

My daughter turned 3 in early August. I didn’t expect the birthday to come with the attitude of a teenager. The other morning, we were snuggling in bed. She was playing with an iPad when I went to grab her brother so we could all lounge a few more minutes before heading down to breakfast. As soon as we walked back into the bedroom and my son let out an “eep” of excitement at seeing the iPad, she gave him a glare, slid off the bed, hightailed it to her room and slammed the door. An “Oh, you are NOT getting to see the iPad, too!”

My 18-month-old is starting to cop the early “terrible twos” attitude as well. When something displeases him, he will let you know. Sometimes in the manner of walking around crying and throwing himself about. Sometimes in the manner of picking up toys and tossing them to the side when he finds them unworthy of his attention. At times, he wants to be picked up and left alone AT THE SAME TIME. How do you even begin to decipher those kinds of emotions?

It truly is funny, and I just laugh (and cry on the inside) and try to be the adult. Which is hard, because sometimes I really do want to curl up in a ball or throw a tantrum just like they’re doing. Particularly during the moments when they’re both freaking out for no reason at the same time. The thunderous noise; it can be hard on the ears. I like to think that I am just being really mature, but honestly? The level of energy it takes them to get that worked up about something is about double what I expend in an entire day.

I have been reading a book about emotions to my daughter though, and while it’s certainly not going to cure the emotional turmoil the little ones are experiencing on a daily basis, it might be a start to help them identify emotions. It’s called Happy, Sad, & Everything In Between: All About My Feelings, and it’s great. It’s not a book you’ll want to read cover to cover, but I’ll pick out an emotion for the day — sad, silly, jealous, tired — and read about it. It gives hints on how to cope with the feelings, and productive ways to deal. With silly illustrations and fun facts, it’s a fun way to introduce the topic to kids. My daughter loves it, and she’ll often grab it for me to read to her.

It’ll probably be a little while before the kiddos are a little more emotionally stable, but for now, maybe this book is a good reminder for me that they’re just learning how to deal with their bundles of emotion!

Are you surprised at how deeply and LOUDLY kids feel all of the emotions (at once)? —Erin