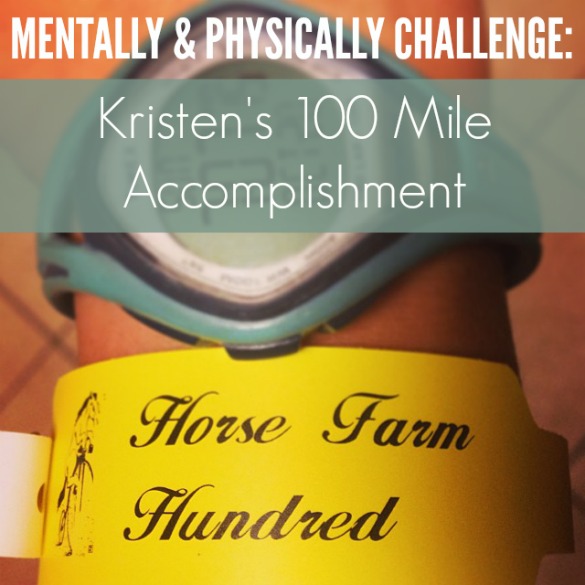 If you’ve followed my triathlon training for a while, you’ll know that my comfort level on the bike is … not terribly high. I only started using clipless pedals (you know, the ones where your shoes actually clip to your pedals, which is completely confusing given the name) and riding on the road in the past year. And let me tell you, becoming more confident riding on the road has opened up a whole new world.

I’ve done lots of rides, up to 50 or 60 miles, with small groups of friends, but have never joined a group ride where I didn’t know basically everyone. I’m not afraid to speak up if I need to slow down when I’m with a group of people who know me, but strangers? Eek.

Plus, there’s the danger factor. I mean, when you’re coasting along at anywhere from 15 to 20 miles an hour with just a foot or two between you and the bike in front of you, you really need to trust the people around you and know that they’re not going to do any crazy stopping or swerving. The people I ride with are solid, but people I don’t know? Who knows!

And, until a few weeks ago, I had yet to commit to a century ride. That’s 100 miles, yo, and, I mean, it’s not something one has to do, but it’s a bit of a point of pride among cyclists I know. Physically, I knew I could do it, so when friends started pushing me to sign up for a local century ride, the Horse Farm Hundred, I steadied my trembling fingers and signed up.

Of course, between then and the ride on October 20, I went and screwed up my knee, which lead to a whole new level of anxiety. Could I ride that far without pain? Could I handle the hills? Could I keep up?

In the end, I opted for a shorter (but still challenging) ride — 67 miles — with some friends, and they kindly figured out a return route we could follow that would eliminate the big hills the official route included. (Thanks Huan and Jay!)

I won’t lie — this was still a terrifying workout for me (Happy Halloween!), even knowing it was fully supported (i.e., if my knee was really bothering me or I had a mechanical issue, someone would pick me and my bike up). I mean, I’m okay riding with five or 10 people, but this ride had about 700 cyclists. SEVEN HUNDRED. There’s a lot of potential for something to go wrong with such a huge group.

And it almost did — as the ride began and my group (six or seven of us, to start) took off, I got really, really nervous and couldn’t get my foot clipped in. As I watched my group ride off, I heard one of the really large cycling clubs coming up behind me, and I knew if I got stuck behind them, I might not ever catch my people.

Happily, though, I quickly found my folks, and we had a nice, easy (well, as easy as 67 miles can be) ride. We passed horse farms, and even had a horse run up and alongside us for a moment (at which I totally geeked out: “You GUYS! A horse! A horse is running! Guys! GUYS!!!”). Around mile 30 there was a lunch stop with all kinds of sandwiches (Hummus! Pimento cheese! PB&J!) and snacks and drinks, so by the time we hit the road again, I was fully fueled and ready to go.

Yes, it was nerve-wracking to ride alongside so many people, but it wasn’t nearly as difficult as I’d feared. Although the start was a bit of a cluster with everybody taking off at the same time, the groups quickly separated by pace, so there was very little crazy passing, and almost everyone was great about calling out or signaling, making for a safe and — dare I say it? — fun ride. Next year, barring injury, I’m definitely up for the entire Horse Farm Hundred. Shoot, I might even consider doing the Santa Fe Century the day before, too!

Have you ever had a workout that was just as much a mental challenge as a physical one? How did you feel about it afterward? —Kristen