For those of you who are unfamiliar with the term, a Pinewood Derby is a racing event started in 1953 for the Cub Scouts. Each Scout is given a block of pinewood, four plastic wheels and four nails so that they can design, carve and paint their very own gravity powered racer. Of course there are a bunch of rules and regulations about the weight and length of the car, the height of the track and what have you, but the gist of the deal is to be creative. 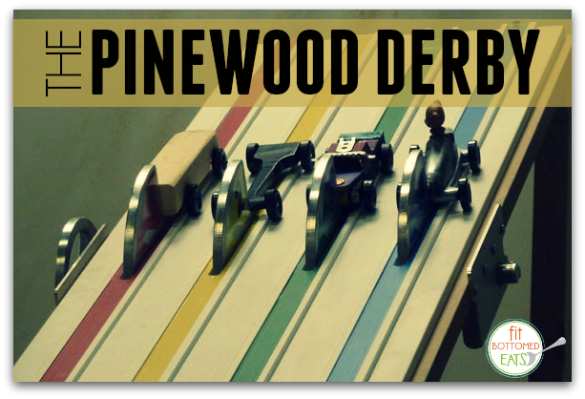 Now take the same function, but instead of Cub Scouts, imagine the builders of the cars are grown men and women who work at a local innovative design and fabrication firm. Throw in some beer and barbecue, and you’you’ve got one serious (well, not really) competition.
When my Evite appeared I immediately decided this was worth blowing off work for the afternoon and decided to play hooky. I started my day knowing good and well that there would be some awesome eats at the shindig, so I went for a two-mile walk and made a healthy breakfast of turkey bacon, scrambled egg and an English muffin. 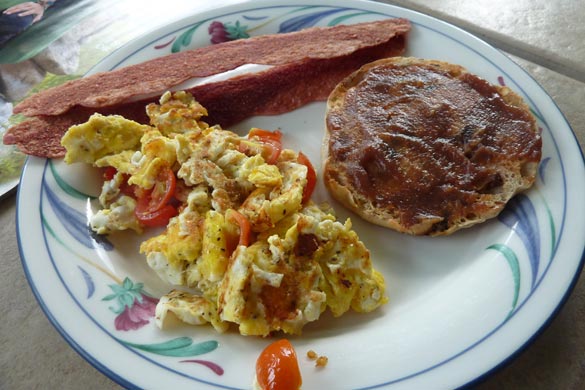 That’s my homemade apple butter on the muffin — you’ve got to try it!

The derby started at 11:30 a.m. with preliminary judging for the most original. Although there were some very creative traditional entries, I voted in favor of those who went rogue, cast off their block of pinewood and used a different medium altogether. 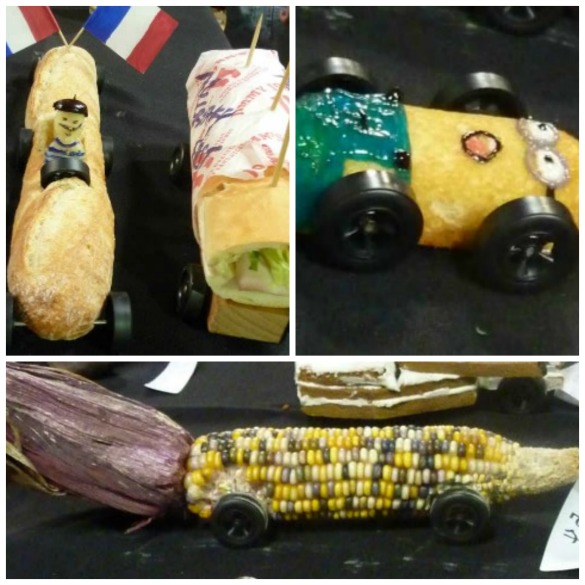 Heat after heat the little pinewood racers zipped down the track. Unfortunately, the edible cars did not fare so well. The wheels flopped off the Twinkie Mobile, the Catch Me If You Corn was a dud, and the cumbersome sweet potato proved not to be very aerodynamic. 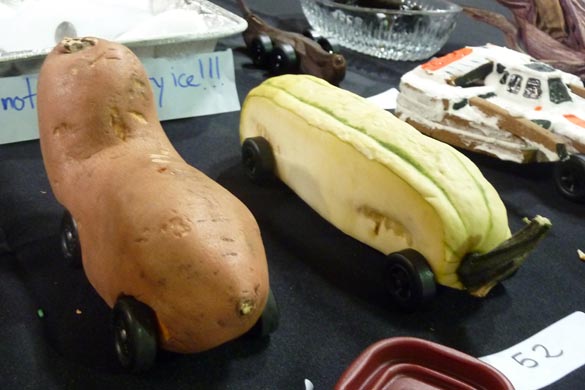 The black banana on wheels (pictured in the background) never made it to the track, but the gingerbread tank ended up taking first place in its class.

If you are in Kansas City, and you attend a casual catered affair such as this, odds are pretty dang good that they will serve barbecue. Of course beer is a must with barbeque, and you can’t go wrong when the supply comes from Boulevard Brewing Company, a local favorite. 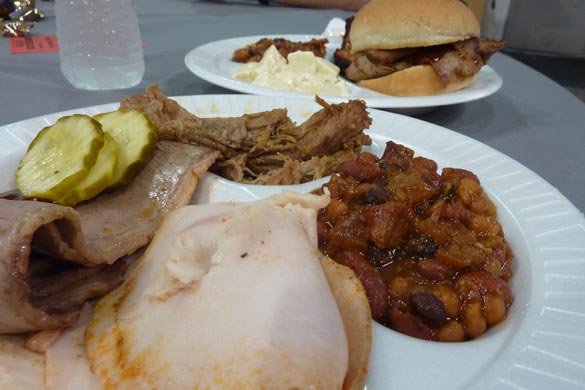 I feel a meat coma in the making.

After the awards ceremony, I came home, caught up on a double episode of Gray’s Anatomy, and took a nap.
Later for dinner I wasn’t overly hungry (geez, could it be the big pile of barbecue I consumed?) and whipped up quesadillas with some leftover baked chicken. 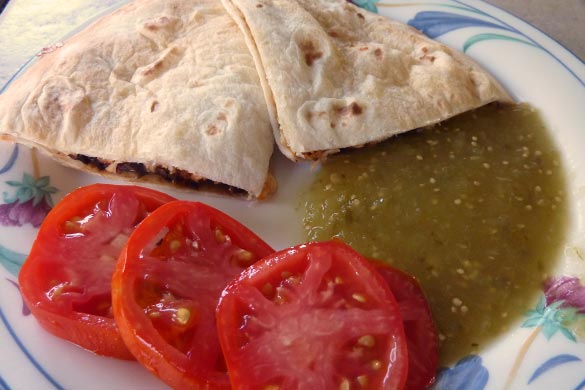 Probably not a banner day for my eats, but as far as playing hooky it was a huge success. Too many people still have the misconception that a healthy lifestyle is all about deprivation, strict rules and carrot sticks; and it is absolutely not true. It’s all just a matter of balance. It is not everyday that I skip work, gorge on barbecue, watch TV and take a nap. So maybe my diet today was sorely lacking in veggies, but, tomorrow is another day (and hopefully a greener one)!
Does salsa verde count as a vegetable serving? —Karen