Often, the food in my refrigerator is a product of the fact that I’m somewhat a creature of habit. There are certain things you’ll pretty much always find in there, like Greek yogurt, almond milk, basics for big-ass salads, etc.
But, as much as I like knowing I have certain things on hand all the time, I also think it’s fun to try new things, and the farmers’ market is one of the best places to do that. Sure, I could find all manner of unusual fruits and veggies at my supermarket, but, unless I happen upon a pretty knowledgeable employee, it’s not likely they’ll be able to tell me much about those little-known treats.
The folks at the farmers’ market, though? They’ve got the scoop. They can tell you what things taste like, how you can prepare them, what they’re similar to and more. Ten minutes of discussion with the person selling you radishes is basically like getting a free education. Or $4, or whatever you paid for your radishes.
A few weeks ago I got to chatting with the woman working one of the booths. I was feeling creative and was excited to try some new things, and she guided me toward sweet potato greens and roselle, neither of which I was familiar with at all.
Sweet potato greens would cook up really well, she said, particularly with fried eggs. Roselle — well, it was really, really pretty, which was mostly why I got it, but she said that it would make for a really tasty and unusual tea. (A little research after I got home revealed that roselle is used in other countries for a number of medical treatments, particularly to treat hypertension, which was interesting.) I handed her a few dollars and hurried home to test out my foodie finds. Turns out, she was right on with the sweet potato greens. They’re fairly big and substantial (although still a little more tender than kale, I think), so I sauteed them in coconut oil for a bit, seasoning with some garlic and red pepper flakes, adding some diced gala apple pieces near the end to amp up the sweetness. As she suggested, I paired them with fried eggs, and yum. Total success. Bonus points for the fact that, because the leaves are so big, it took me a while to go through them, and the final few lasted a solid two weeks in the fridge. They probably would’ve been fine even a few days later blended into a smoothie. 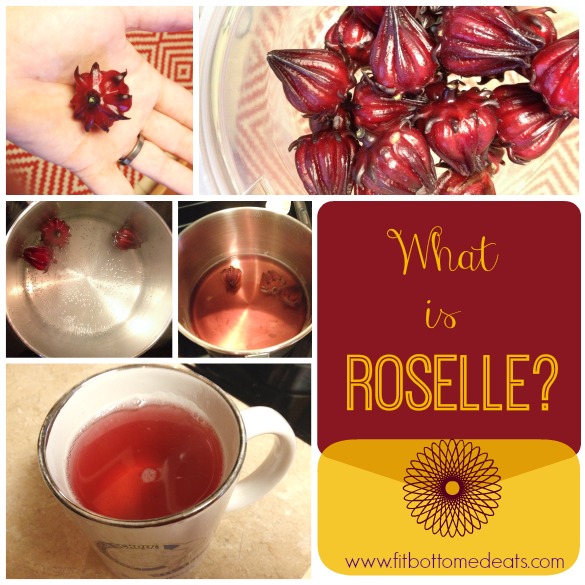 The roselle was … well, it was pretty! And the tea was fine. I brought some water almost to a boil and tossed a couple of the flowers (related to hibiscus, for those of you who are curious) in, allowing it to steep for about 20 minutes. The resulting beverage was a lovely, rosy color and had a mild, slightly sweet flavor — it tasted a lot like it smelled, which was pleasant if not terribly exciting. Quite a few of these ended up in my compost bin — I just wasn’t motivated to make it again, but it was fun to try it out.
Do you enjoy finding new foods? Are you a farmers’ market-shopper or do you stick to your favorite supermarket? — Kristen
New Fitness
New Mamas
New Eats
New Zen
STAY IN THE KNOW
When new stuff happens, you'll be the first to know!
Just for You
Drop the diet for good
A variety of anti-diet coaching programs just for you.
Get free access
STAY IN THE KNOW
When new stuff happens, you'll be the first to know!
About Us
Jenn and Kristen are passionate about letting women know they're more than a number on the scale.
Get the deets
Instagram
No images found!
Try some other hashtag or username
X