Maybe it’s my Michigander roots, but fall just isn’t fall without apple cider. And a party isn’t a party without a tasty vodka drink. So, naturally, no autumnal soiree would be complete without a spiked apple cider drink! 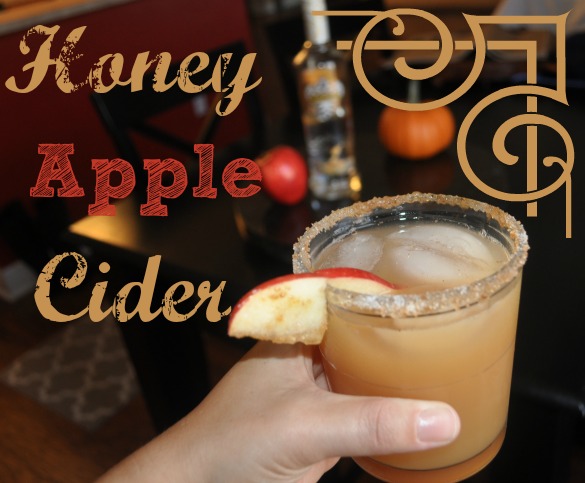 When Smirnoff sent over a bottle of Wild Honey vodka and a bottle of Cinna-Sugar Twist vodka, I knew I had three things to do: Find some recipes, pick up some mixers, and invite some friends over for a tasting party.
(I have the best job. Seriously.)
I chose a couple of “recommended” recipes based on Smirnoff’s drink recipe section, one which I kept exactly as suggested, and one that I played with a bit.

Ingredients
1.5 ounces Smirnoff Wild Honey
2.5 ounces apple juice
2.5 ounces apple cider
Directions
Shake and serve over ice in a highball glass.
Super, super easy, and very tasty — almost dangerously so. If you want to get fancy schmancy, you can run an apple slice along the edge of your glass and dip it in cinnamon, sugar and brown sugar, but it’s totally delicious without that addition. Next time, I think I’ll try cutting down on the apple juice and serving it warm on a chilly night.

(adapted from the Smirnoff Kissed Caramel Mule)
Ingredients
2 ounces Smirnoff Cinna-Sugar Twist
3 dashes angostura bitters
5 ounces ginger beer or ginger ale
Directions
Shake and serve over ice in a highball glass.
Obviously, we’re kind of into mules around here. This was a crowd favorite, but we were divided on whether we preferred ginger beer or ginger ale. I preferred ginger beer — it had a little more bite, which I thought was a nice complement to the sweet vodka. However, some folks, like Jared, thought the ginger beer tasted too sweet with it. My advice: Try one of each!
The great thing about flavored vodkas like this is that it’s really hard to pour a bad drink with them — the flavor itself is smooth and yummy, so when you add it to some of your favorite mixers, it’s almost always a win. The bad thing is that it doesn’t always taste, you know, boozy, so make sure you know how much you’ve had, and probably don’t start tossing drinks together at the end of the night and pronouncing them “the greatest drink ever made but never written down!” because … well. Nobody really wins; especially not you the following morning. Just trust me on that one.
What are your favorite fall cocktails? Do they include any of these flavors? —Kristen