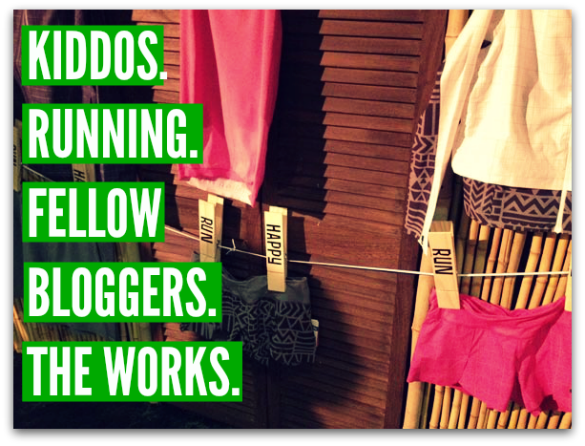 Remember how I told you I’d be sharing more about my trip to NYC for Brooks Running (of which we are a brand ambassador!)? Well, here’s that post! But, first, photos of super cute kids. Because, well these aren’t just any adorable kids — they’re Erin’s! Behold the cuteness … with that little twinge of ornery in the eyes. (My favorite mix, really.) 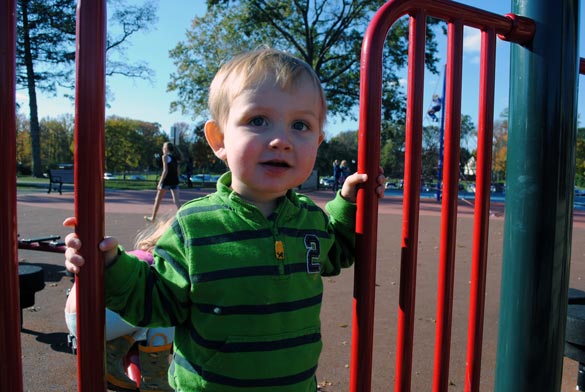 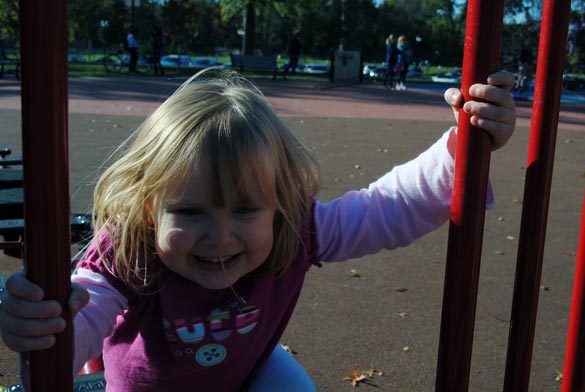 Before I went into the Big Apple, I got the chance to hang out with those little buggers and Erin and her husband in their lovely home in New Jersey. I’ll be recounting my yummy meals while I was there on Fit Bottomed Eats soon, but suffice it to say that we ate — and drank — well. We also played. Hard.

Balance and core work at the park. 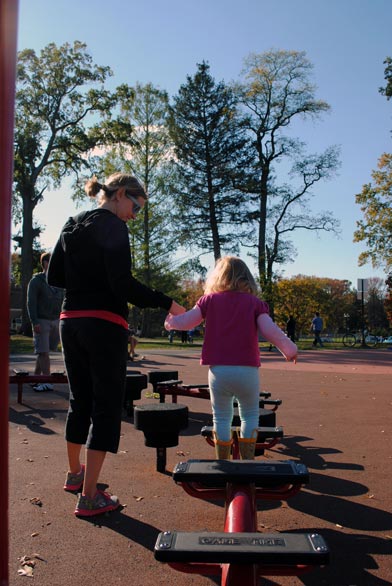 Playing in the leaves. 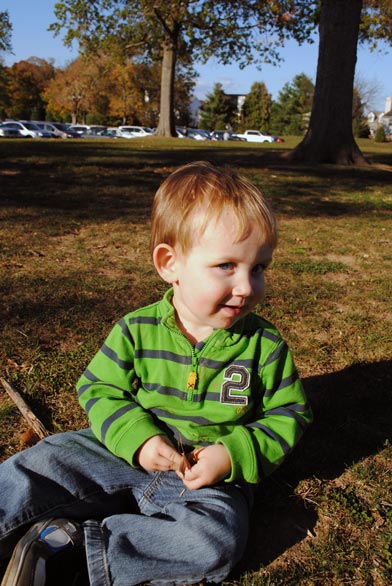 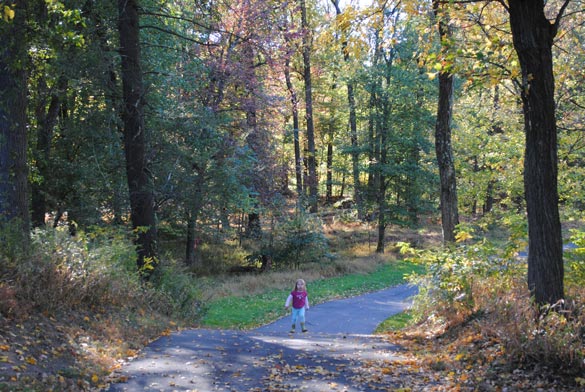 Erin and I even took a trip to her gym, Lifetime Fitness, together for what turned out to be a pretty crazy intense class. (She’ll have all the sweaty deets for ya’ll tomorrow. I groan just thinking about all the push-ups we did.) 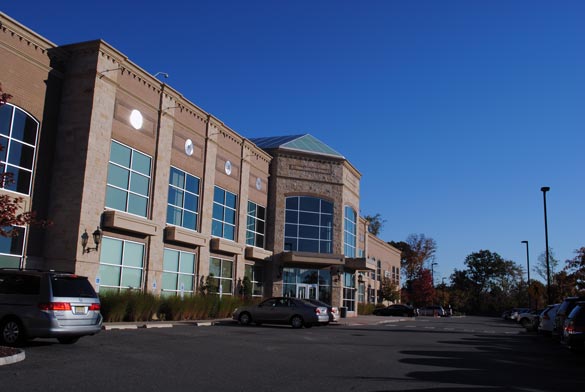 But all that playing hard was balanced by lots of snuggling, reading and just being. Although we’re constantly communicating via email, text or the phone, I really only see Erin once or twice a year. So being able to just kick it with the whole fam and talk FBG in person? Fabulous.

Plus, they’re great hosts. How many weekend getaways do you go on where you get to play Legos all day, act like a witch and talk like a pirate, and it’s not just okay but entirely normal? It’s pretty awesome. 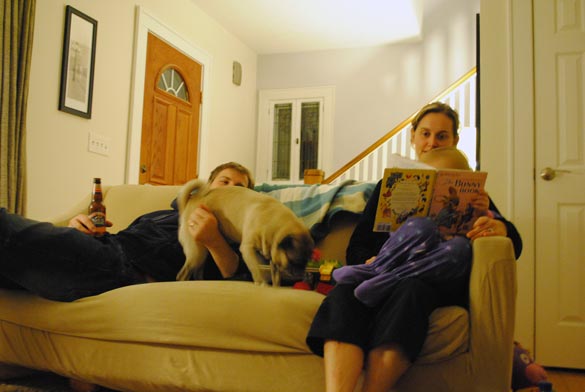 From there, it was into the big city! After getting settled into the hotel, I had a few meetings for our book (comes out in May!), and then it was on to dinner with a few of the other Brooks Running bloggers. I’ve said it before and I’ll say it again, the other brand ambassadors for Brooks are just awesome. That next morning we all ran together, brunched (again, more on Eats soon about the food!). 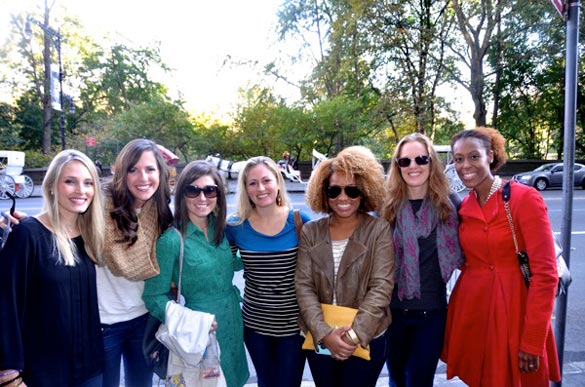 And then I met up with the lovely Margo Donohue, fellow blogger and our NYC contributor, for a green juice! I love her. She’s a hoot and so down to earth.

Later that night, it was all about Brooks Running at their media event. We clean up nicely, eh? 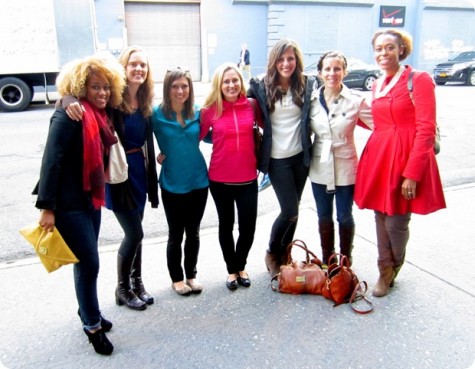 And, guys, they have some AMAZING things coming out. Like stuff worthy of oohs, aahs and OMG, I NEED THAT. 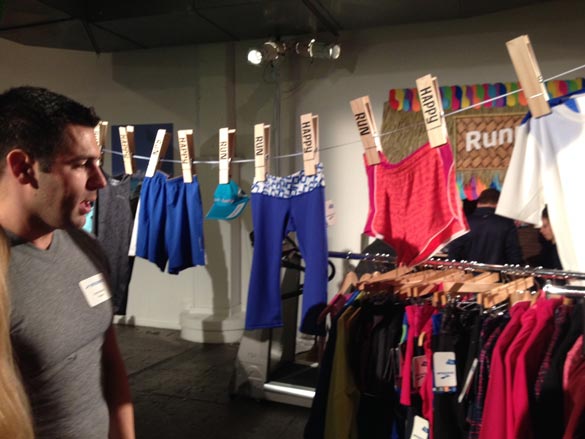 I’ve long loved Brooks Running and I know how much thought goes into all of their pieces, but the major theme from this year’s event was how much Brooks is also stepping up its game to not just make clothes that function perfectly but to also make them so darn cute that you never want to take them off. So that running outfit of theirs that I’m totally obsessed with? More of that. Oh, yeah.

Like take this pink jacket for example. It’s like a trench, but it’s for running. Fashion … function … all blending together in a way that’s cute but doesn’t look like it’s trying too hard, it’s all too awesome. 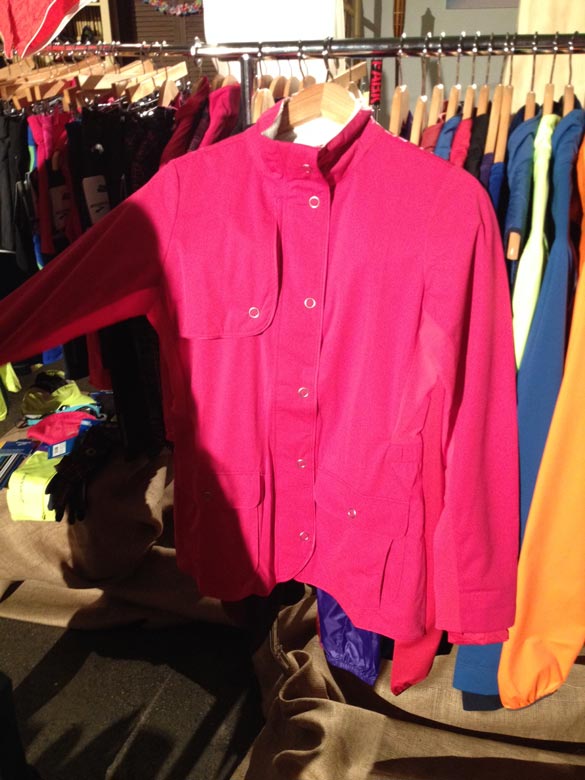 And these shorts with the tribal print? Um, I need. 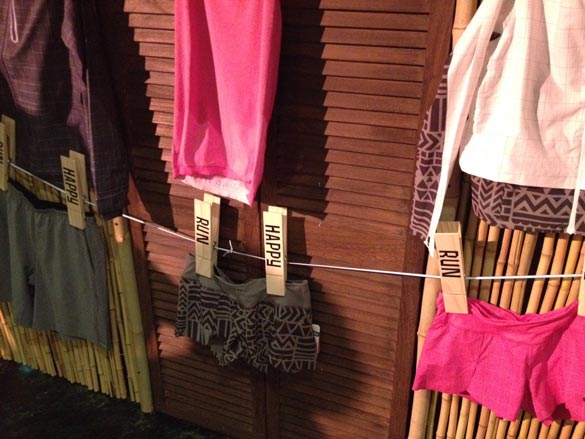 And then the shoes! OH, the running shoes. We got an inside peek at Transcend, which come out this February. Promising a cloud-like running experience, we cannot wait to get our feet in ’em. 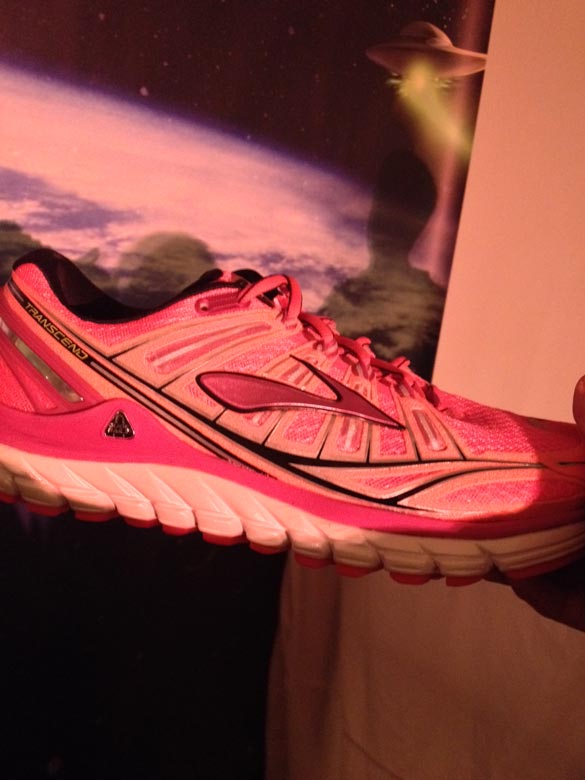 But that wasn’t all. Also, tons of new fun color options and enhancements to some of Brooks’ best running shoes like Adrenaline and Ravenna. 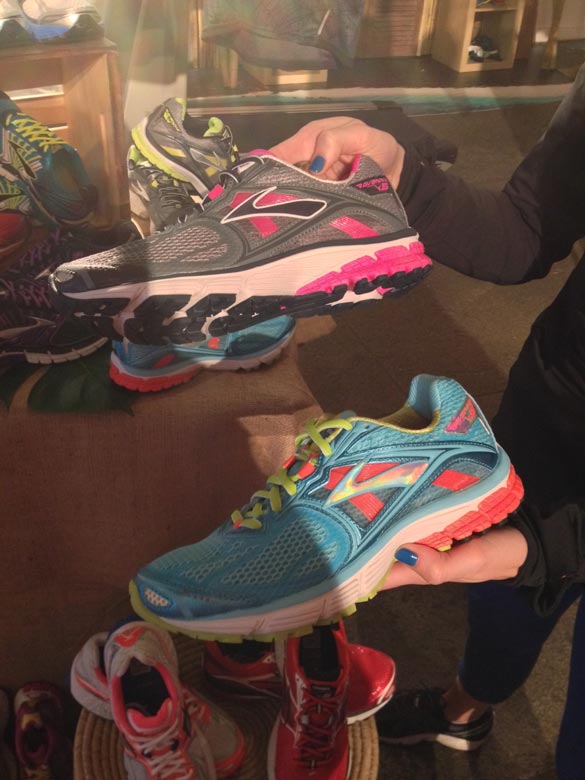 Loving the new Pure Project soles, too! (Side note: Pure Flow 2 is my fave!) 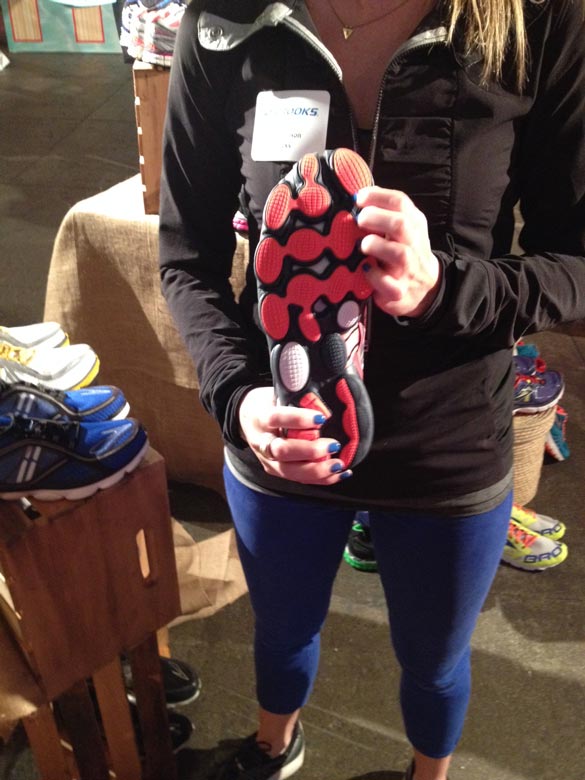 And even some amazing new goodies for the Fit Bottomed Dudes in the house. 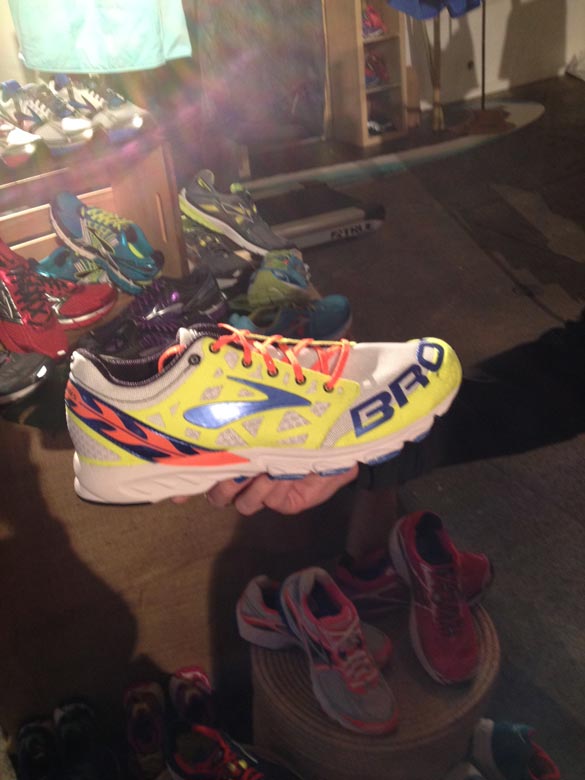 There was a “Run Happy Island” photo booth. You know we all had to get in on that. (Pose was in honor of Monica from Run Eat Repeat who sadly couldn’t be there.) 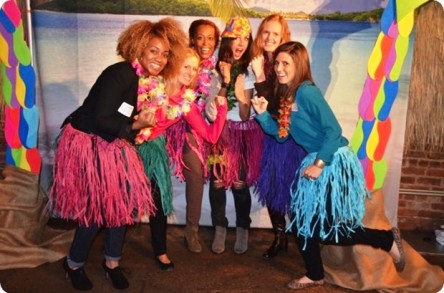 So, yeah, quite the amazing trip. I left New York feeling super motivated and inspired to run and, well, grateful that we’re a part of a community that is so damn awesome. From the playground to the running trail, it’s all about getting out there, connecting and have a darn good time in the process!

Check out some of our fellow bloggers’ Brooks Running trip recaps here:

And tell me, have you ever been on a trip that totally energized you? How does your community support you and your healthy goals? And, seriously, let’s chat about the cuteness of those tribal shorts again … —Jenn