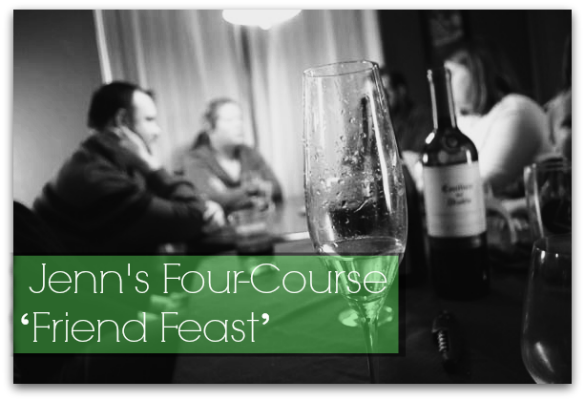 Every year, generally the week before or after Thanksgiving, Ryan and I invite our closest friends over for a giant meal. Some call this Friendsgiving; we call it Friend Feast. (Which I find hilarious because it sounds like we’re feasting on our friends, which clearly we’re not. I have a weird sense of humor.)
Years past, Friend Feast has kind of been all of our best attempts at cooking a traditional Thanksgiving meal. We host the event and cook a turkey plus a side and a pie, and everyone brings a dish or two to share. But this year, I wanted to take on more of the cooking fun. Like four courses of cooking fun.
Plus, I’d been watching a lot of Top Chef lately and have illusions of grandeur.
So I did what every wannabe chef does: I hit up Pinterest and found myself some delicious recipes to tweak, twist and put my own Fit Bottomed spin on. Then, we got to cooking. (Tessa does the best photo bombs.) 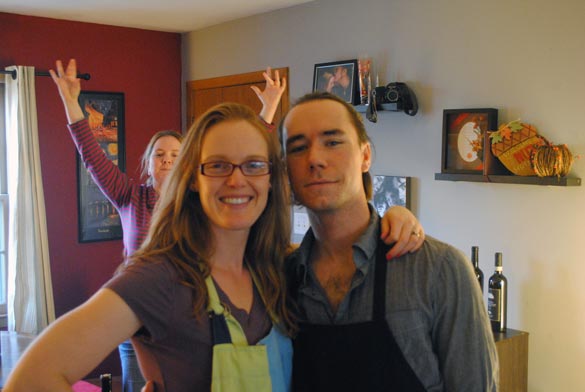 And drinking. For this special occasion, I popped open a bottle from one of my favorite wineries in Paso Robles. 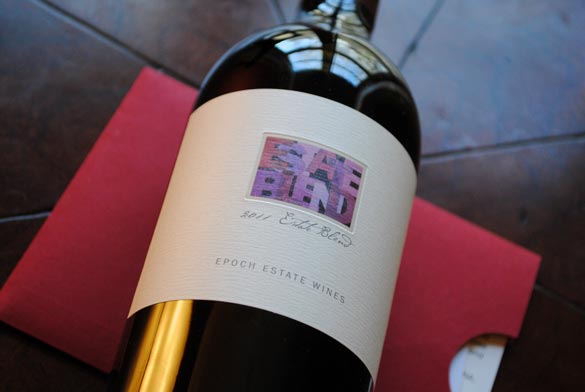 We’d done a lot of prep work the day before, so the day of the feast, it was pretty much just about getting the first and third course done. Here’s a meaty preview of the third course … 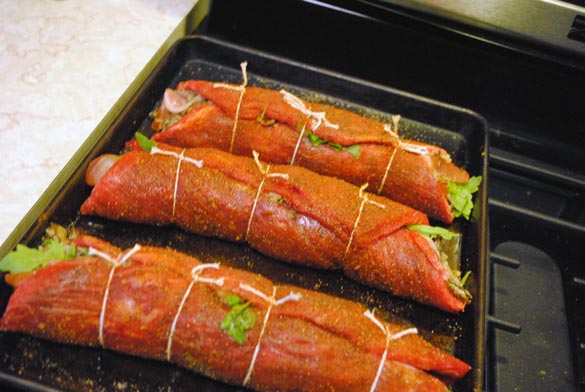 We had everyone bring over a cheese, meat and other yummy savory treat for a group charcuterie plate that turned out to be some serious goodness. Plus, a bottle of something to share. 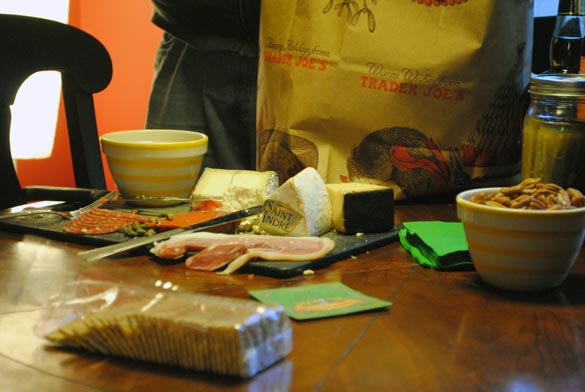 To be honest, the first course was okay, but not exactly what I had been expecting. Part user error and part poor recipe, it was supposed to be sweet potato bites with avocado and bacon, but we overcooked the sweet potatoes and the “avocado” ended up being more tangy Greek yogurt than the rich avocado I had in my brain. So while it wasn’t bad, it wasn’t what I had envisioned. And, funny enough, I forgot to get a photo of it. Apparently my subconscious wants to forget it. Hehe. I do remember the good sparkling wine we paired it with though. 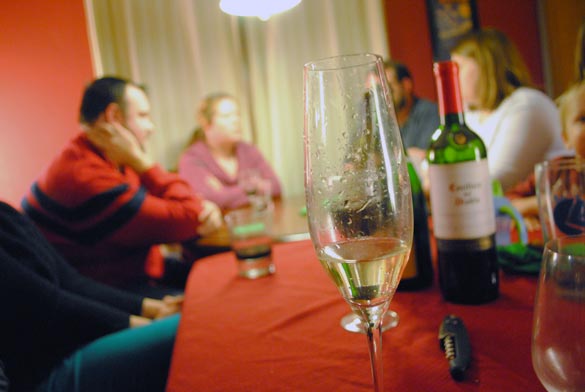 The second course did not disappoint. This Hearty Mushroom Soup by Sarcastic Cooking (I made it gluten-free by using arrowheat to thicken the soup instead of flour) made even the mushroom-haters in the group reconsider their position on fungi. 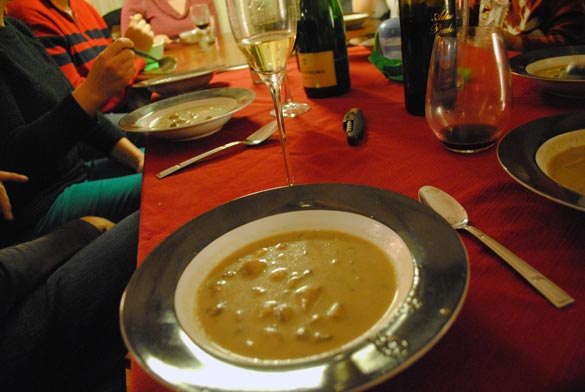 Rich, creamy and so perfect for a cold fall night, I had no problem finishing my bowl. (I paired this course with a dry Missouri Norton.) 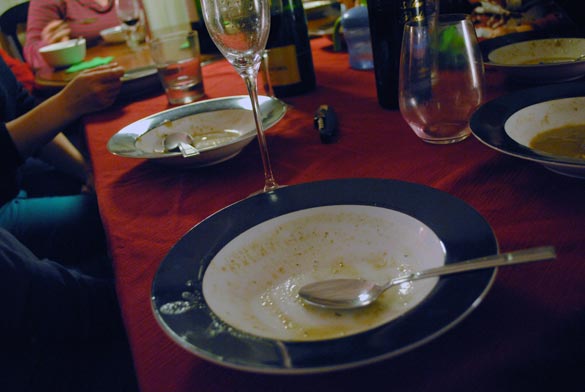 The third course was the big ta-da though: Stuffed Flank Steak With Prosciutto and Wild Mushrooms by A Spicy Perspective. Honestly, this recipe was ridiculously simple to make. You pretty much pound out your steaks, and then roll them up burrito-style with some cooked wild mushrooms (we did chanterelles, which were local and in season, and they were AMAZING), provolone, arugula and prosciutto. Tie ’em up, brown them on all sides and then pop them in the oven until done. Let it rest, slice ’em up (pretty!) and then serve alongside some roasted Brussels sprouts with bacon and a balsamic reduction. I could eat this every day of the year. 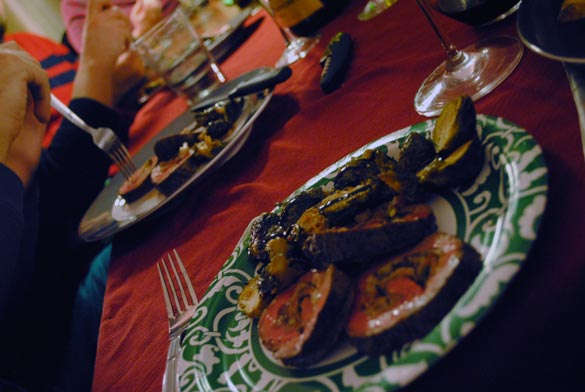 Especially with a big ol’ glass of cab. And good friends. 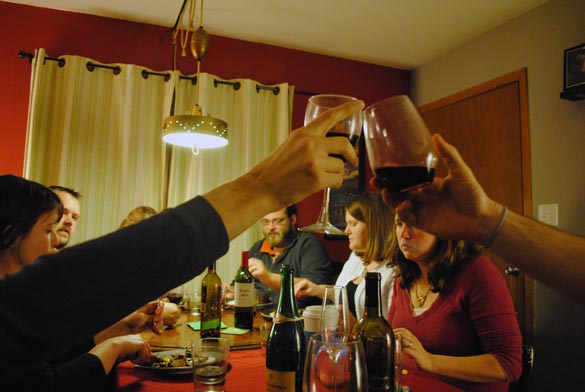 We digested for a bit, hung out and played. Why we have a panda puppet I’m not totally sure, but our friends’ kiddo Miles (aka the cutest and sweetest kid ever) loved it. 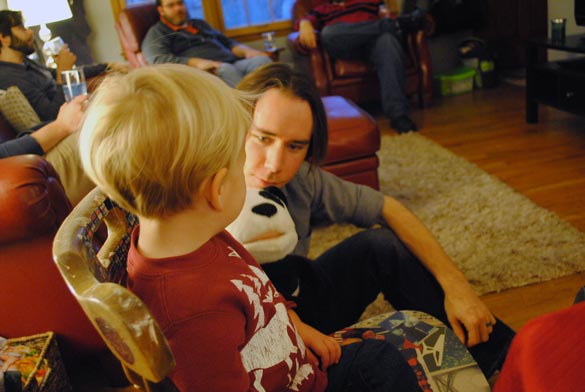 We ended dinner with the fourth course: a pretty epic Chocolate Cream Trifle from The Unrefined Kitchen. Three recipes in one, I had made the brownies and chocolate pudding (I made a double batch of each) the night before, so the day of it was just about making the coconut whipped cream. (If you’ve never tried making non-dairy whipped cream this way, try it. NOW. It’s insanely good no matter if your belly digests dairy well or not.) And then putting the layers together and letting them get happy. They got pretty darn happy. 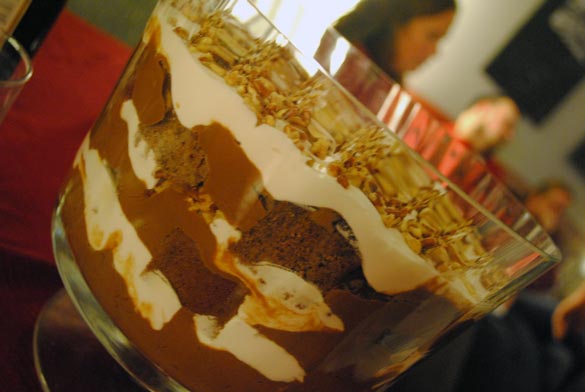 Especially when paired with a cup of dark roast coffee — with a dollop of that coconut cream mixed in. H-E-A-V-E-N. 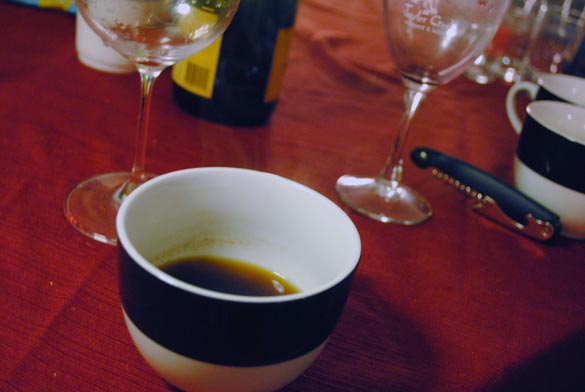 It was quite the night of foodie eats, and I feel like we did a pretty good job of pulling off a four-course meal, fancy style. And I’m already looking forward to — and wondering what I should make — next year.
Have you ever hosted something like a Friend Feast? What are a few of the most epic dishes you’ve cooked? —Jenn