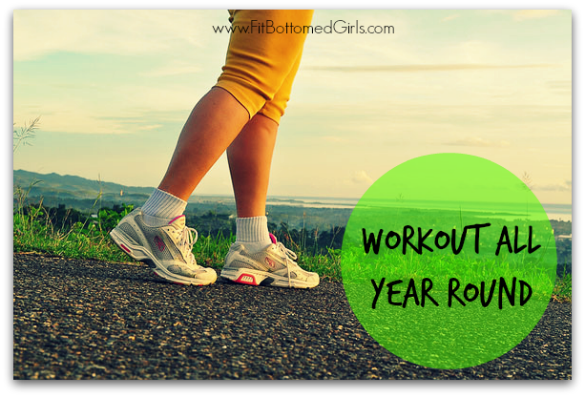 I swear, after this post I will be done talking about resolutions. But ’tis the topic of January, so I may as well end on a resolution note, eh? I always use January 1 to start over in a sense. I love a clean slate, and I love to resolve to do better going forward. Whether it’s with workouts or eats, or getting out of my comfort zone and trying new things, I always use January as an opportunity to give myself a push.

Since my kids were born, my motivation has waxed and waned depending on the type of day, week or month we’re having as a family unit. If someone is sick, or I didn’t sleep, or one of them was dealing with separation anxiety at the gym daycare and only let me have 10 minutes of workout time, fitness clearly takes a backseat. So I’ve really used those resolutions each year to remind myself why I’m working out and what I want to accomplish in the year to come. But this year, thanks to the Tough Mudder, I was already working out really consistently — more consistently than I had been at any point in the last few years. It’s part of the reason my goals for this year were so simple: because I didn’t need that push as much this year.

Training for such a big, terrifying event as the Tough Mudder mid-way through the year kick-started my fitness in a way it hadn’t been kick-started in a while. I never would have thought, “Hey, I should do a Tough Mudder” but when we were approached, I knew it was what I needed. And as soon as it was done, I had no interest in slacking. Sure, I dropped my workouts down a bit in intensity because I was no longer on a tight training deadline, but I actually kicked up my running and overall workout frequency.

When the New Year rolled around, boy howdy, did the gym parking lot fill up. Whereas my husband and I had been able to have running dates on side-by-side treadmills, we now were forced to glance longingly at each other from across the room. Mats for stretching were hard to come by. Everyone had jumped on the bandwagon to get healthy for the New Year. I’ll admit that I was super proud of myself for not needing that resolution this year to get to the gym more. Whereas others were just starting out maybe for the hundredth time, I was just having my typical Saturday. I had been resolving all year long.

I’m sure I’ve said it before, but it is so much easier to stay in shape than to start over, and that has been my biggest motivator in the last few years. Even when life gets in the way and hands me two kids with the flu, I know that even 10 minutes here and there will prevent me from having to start over from scratch. If a few days have gone by without a real workout, I know to at least fit in something — anything — so that those days don’t add up to five … then 10 … and so it doesn’t turn into starting over from scratch, again. I’ve done that enough in my life, and I like to think I’m old enough and wise enough now to know better now.

How about you? How many times have you started over from scratch in your fitness? How proud of yourself are you when the new year hits and it’s just normal for you? —Erin